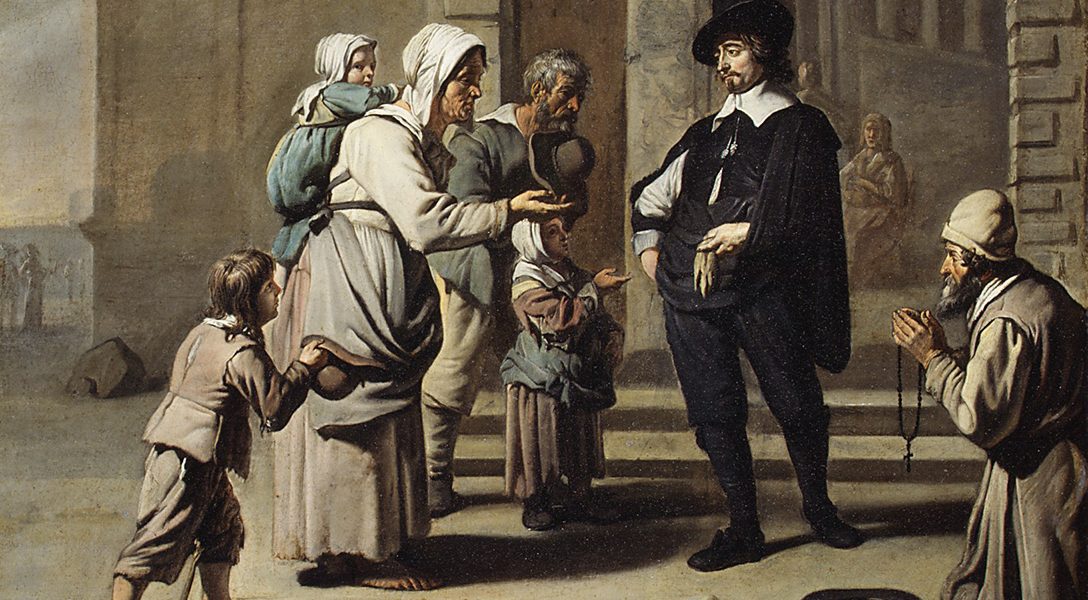 These days, if you want to raise the hackles of public interest advocates in Washington, D.C., bring up the Regulatory Accountability Act (RAA).

The RAA, now pending before Congress, evokes a torrent of metaphors.

“If [White House Senior Adviser] Steve Bannon and [Americans for Tax Reform President] Grover Norquist ever had a love child,” the RAA would be the result, quipped Laura MacCleery in a recent blog.

MacCleery, director of regulatory affairs for the Center for Science in the Public Interest (CSPI), also termed the RAA the “regulatory equivalent of a cluster bomb on the functioning of government.”

Other progressive advocates have called the RAA “A License to Kill,” “The Worst Bill You’ve Never Heard Of,” and a “Corporate Con Job.”

In at least one agency — the Department of Transportation — rulemaking has virtually come to a halt, delaying measures that could prevent thousands of traffic deaths.

The RAA is not a new idea. Proposed in several previous Congresses, it has long earned the disdain of environmental, consumer, and public health advocates. But this year, their opposition is more intense because the prospects for the RAA becoming law have never been brighter.

The House, Senate and White House are controlled by business-friendly Republicans. A more extreme version of the proposal has already passed the House. And the Senate bill — which has two Democratic sponsors — was recently approved in committee.

Despite the fierce metaphors to describe it, the bill contains no Bannon-like calls for the “deconstruction of the administrative state,” or head-on attacks on “job-killing” regulations. On the contrary, Senate sponsors Rob Portman (R-OH) and Heidi Heitkamp (D-SD) described their proposal as a moderate compromise that would address small business concerns and help create jobs.

Helping carry out the Trump agenda are scores of corporate lobbyists hired for “task forces” at each agency. In a previous story, we called them regulatory “hit squads.”

Both Heitkamp and Portman contend that their bill is about modernizing the rulemaking process and eliminating “red tape.” Both insist that the bill will not erode environmental protection and public health and safety.

In a recent op-ed, US Chamber of Commerce senior vice president William Kovacs took the same tack, stressing that the RAA would make the rulemaking process more transparent and accountable.

But critics charge that behind the RAA’s dense technical language is a revolutionary proposal that could have dire consequences. The bill, they claim, would upend the work of federal agencies, making it nearly impossible for them to protect the public from toxic chemicals, unsafe consumer products, tainted food and a host of other dangers.

“Bottom line, this is not a moderate bill,” James Goodwin, senior policy analyst for the Center for Progressive Reform, told WhoWhatWhy.

The 58-page bill would require agencies to fulfill 53 new procedural requirements including mandates to:

•  Convene adversarial formal hearings for all “high-impact” rules under consideration — those that have an economic impact of $1 billion on more — if a rule opponent asks for one, increasing the power of corporate interests over rulemaking

•  Adopt rules that are the most “cost-effective,” and

•  Follow White House guidance on scientific tasks such as assessing risk, despite the fact that the White House Office of Management and Budget lacks scientific expertise

Goodwin adds that these new requirements would also apply to “independent” agencies such as the Consumer Product Safety Commission (CPSC), the Nuclear Regulatory Commission (NRC) and the Federal Communications Commission (FCC), making them more vulnerable to political interference.

And the bill also invites the courts to expand their scrutiny of agency decisions, opening the door to judges’ challenging agencies’ economic analyses and even scientific determinations.

“There’s something confusing on every page,” Goodwin observed, predicting that the RAA would trigger years of litigation to clarify what many of its provisions actually mean.

The Trump White House already has made cutting rules a major priority. In January, President Donald Trump issued an executive order that requires agencies to cut at least two rules for every new rule they propose.

In at least one agency — the Department of Transportation — rulemaking has virtually come to a halt, delaying measures that could prevent thousands of traffic deaths.

Helping carry out the Trump agenda are scores of corporate lobbyists hired for “task forces” at each agency. In a previous story, we called them regulatory “hit squads.”

But executive orders can be changed by future presidents. Laws are much more permanent.

The RAA’s impacts on public health and safety could be enormous. Consider, for example, how just two agencies could be affected — the Food and Drug Administration (FDA) and the Environmental Protection Agency (EPA).

In late 2010, responding to the growing problem of tainted food in the marketplace, Congress passed the Food Safety Modernization Act, requiring the FDA to take steps to better protect the food supply. Annually an estimated 48 million consumers in the US contract foodborne illnesses, 128,000 are hospitalized, and 3,000 people die.

Even without the RAA, it took the FDA until 2015 to finally come out with a package of rules. One rule alone, requiring farms to take steps to ensure that their produce was not exposed to fecal matter, was the subject of intensive negotiation with farming interests, which pushed the FDA to revise its compliance deadlines to 2018 or later. The FDA projected that the rule would cost industry in the US and abroad more than $900 million.

The agency estimated that annually, households in the US spent $715 on produce. If those producers raised their prices by just $10 over the course of a year, the increased cost to an estimated 150 million US households could top $1 billion.

If the RAA had been in effect, the produce rule would have faced a formal hearing while it was being developed. This type of hearing essentially puts the agency and the rule on trial, with highly paid corporate antagonists able to cross-examine agency staff, and to challenge the way they estimated the rule’s costs and benefits, and even the science it used to develop the rule. An administrative law judge typically oversees the proceedings. Formal hearings now are rarely used because they are costly and can delay rulemaking even more.

Not only would the produce rule have taken even longer to finalize, the RAA may have killed it altogether. MacCleery doubted that any agency would try to continue to work on a rule if it got a thumbs down from a judge at one of these hearings. Agencies always weigh the prospects of a rule actually getting finalized against the resources they need to develop it, she said. And agencies still would face the prospect of getting sued once the rule became final.

The RAA also may prevent weak rules from being strengthened.

MacCleery pointed to a recent FDA rule that attempts to address the problem of antibiotic-resistant bacteria, caused in part by the heavy use of antibiotics in agriculture. The rule bans the widespread practice of using antibiotics intended for people to promote faster growth in livestock, although it still permits farmers to use these drugs to prevent illness in their animals.

Widespread use of antibiotics in livestock has spurred the growth of antibiotic-resistant bacteria that has alarmed global health officials, jeopardizing the arsenal of weapons physicians have at their disposal to fight infections.

CSPI considers the FDA rule “weak” and “full of loopholes,” MacCleery said. But restricting antibiotics in agriculture has been challenged by industry groups, including beef, pork and pharmaceutical interests.

Given the controversy around the issue, she predicted, the RAA likely would discourage the FDA from making any efforts to strengthen the new rule. This, despite the fact that antibiotic-resistant bacteria make all consumers vulnerable to infections that even last-resort drugs may not be able to treat.

Or consider a 2016 law to reform the nation’s flawed Toxic Substance Control Act (TSCA), and approved with strong bipartisan support. The chemical reform bill gives the EPA more authority to ban dangerous chemicals, and frees the agency from procedural requirements that had hobbled it for more than 25 years.

In 1991, the Fifth Circuit Court of Appeals blocked the EPA from banning nearly all asbestos products. The agency thoroughly documented the risks of asbestos to human health, a cancer-causing chemical also linked to a specific terminal illness, mesothelioma. The EPA took “ten years and 40,000 pages of documents” to make its case for the rule, Joanna Slaney told WhoWhatWhy, adding that exposure to asbestos results in 10,000 deaths a year in the US.

Slaney, legislative director for the Environmental Defense Fund’s Health programs, explained that the court did not fault EPA’s evidence. Instead, it blocked the rule because the agency had not followed all of TSCA’s procedural requirements. EPA, the court found, had not evaluated “the costs and benefits of all possible alternatives” to the rule, Slaney said. Nor had the agency demonstrated that its proposed ban was the “least burdensome” option.

As a consequence, the EPA gave up regulating virtually all other toxic chemicals over the last quarter century.

The whole point of the 2016 Lautenberg law (named for the late New Jersey Democratic Senator Frank Lautenberg) was to “put a system in place” to regulate dangerous chemicals quickly, Slaney said. Both Democrats and Republicans in Congress wanted the EPA to regulate chemicals on the market that posed significant health risks, she added.

One change the Lautenberg law made: EPA no longer had to choose the “least burdensome” alternative when regulating unsafe chemicals. But Slaney worries that the RAA would hobble the EPA once again, by inserting new procedural requirements for rulemaking.

“If you take down the administrative state,” MacCleery warned, “you break the market, you break the ability of companies to get products to the American public that meet basic standards.”

The RAA requires agencies to evaluate not only its proposed rule but at least three other alternatives to that rule, and to estimate the costs and benefits of each of these options. In nearly every case, agencies would be directed to choose the “most cost-effective” alternative to address the problem.

The bill’s sponsors claim that “most cost-effective” does not mean “least burdensome.” But the RAA fails to define what that term means. Critics predict industries will be willing to take agencies to court whenever they fail to choose the least costly regulation. The bill “elevates cost as the most important consideration,” Goodwin charged.

So the push in 2016 to start protecting the public from toxic chemicals could once again grind to a halt, Slaney said. The new burdens would be particularly daunting in light of the Trump administration’s plans to slash EPA’s budget, she observed.

And it is not just chemical safety that will be affected, she added. It will be “so challenging” for all federal agencies to do rulemaking “that the basic safeguards people count on cannot be put into place.”

To pass, the RAA will need the support of only six Democrats to reach the 60 votes to permit debate and a vote on the bill. “We’re very concerned,” MacCleery said. She added that the prospect of the bill becoming law “is being taken seriously.”

“It would be crazy for the Senate to pass this bill,” MacCleery said. But she added: “Crazier things have happened.”

If the RAA became law, she contended, even businesses may come to regret its passage. “There is a very intricate relationship between regulation and a healthy marketplace,” MacCleery said. The RAA would end the “equal playing field” where all companies are required to follow the same protective rules, with certainty about the regulatory process — something that has been “fundamental” to not only consumer protection but also the health of the US economy.

“If you take down the administrative state,” MacCleery warned, “you break the market, you break the ability of companies to get products to the American public that meet basic standards.”

“We’ve had a barely good enough government,” she concluded. “This bill would take us way back.”