Forget the tweets, the zigzags on foreign policy, the missile launches, the chaos around health care, and the denial of Russian involvement in the election. Think instead about the one area where the Trump team is focused and seems to be winning: curbing the power of federal agencies to issue regulations.

The determination to weaken regulation is “far more aggressive than anything we’ve seen, more extreme than [what happened in] the [George W.] Bush and Reagan presidencies,” Robert Weissman, president of the public-interest nonprofit Public Citizen, told WhoWhatWhy.

One measure of the sharpness of these new tactics? “The completely irrational idea of cutting two rules for each new rule” that an agency proposes, Weissman said.

On January 23, Trump pledged to business groups that he would cut regulations by 75% or more.  On January 30, Trump issued what is termed the 2 for 1 executive order.

It directs agencies to offset the cost to business of any new rule by cutting at least two existing rules with an equal cost to business. Overall, all the regulations issued in 2017 by the federal government would have to add zero costs to regulated industries.

Seems like a no-brainer. On one side of the equation are dead kids, often run over by their own parents while backing out of their driveways. On the other side… Well, why would there be another side?

That’s just “tidying up the closet,” and getting rid of outdated and inefficient regulations, Jitinder Kohli told Hill staffers at a recent program sponsored by the pro-business Mercatus Center, a research center based at George Mason University in Arlington, Virginia.

Kohli, now a managing director at Deloitte, advised the British government on streamlining regulations and red tape. But even he noted that such an approach needed public buy-in and a lot of thought. The goal, he thinks, should be an improved process with less red tape but without a weakening of protective rules. If the focus is solely on removing regulatory obligations, the wrong clothes could be discarded “willy nilly” and the whole exercise could become “too politicized,” he said.

The deregulatory effort in the UK is less drastic than the Trump approach. Nevertheless, it is being blamed for the disastrous Grenfell Tower fire in London.

And public health and safety advocates are already alarmed, contending that the executive order would halt agencies dead in their tracks.

The Darwinism of Regulation

“Bottom line, you’re weakening protection,” Margaret Seminario, director of occupational safety and health for the AFL-CIO, told WhoWhatWhy. She called the Trump approach “the Darwinism of regulation. One regulation will emerge that is more ‘important’ than something else … forcing agencies to make choices about who they’re going to protect.”

Even without the 2 for 1 directive, issuing rules has long been tough sledding for agencies, critics say.

Consider, for example, the long struggle to issue a rule that Congress actually asked regulators to develop. A decade ago, Congress became alarmed by the number of deaths when drivers were backing up and failed to spot pedestrians in their path. Annually, this type of accident takes more than 200 lives — 44% of them children under the age of five — and injures about 18,000 pedestrians.

In 2008, Congress passed a law requiring federal transportation agencies to issue a rule to require that new cars do a better job enhancing rearview visibility.

What makes Trump’s 2 for 1 directive so extreme, Weissman explained, is that it ignores what already was a burden for agencies, traditional cost-benefit analysis, which directs agencies to justify the cost of rules by estimating their benefits to society.

Seems like a no-brainer. On one side of the equation are dead kids, often run over by their own parents while backing out of their driveways. On the other side… Well, why would there be another side? After all, better rear-view visibility would make new cars more attractive to consumers. And since the rule applied to all vehicles of a certain size, there would be no competitive advantage for any carmaker.

But automakers did balk, wary that the requirement would add about $200 to the cost of a new car, and charging that this new rule would hurt the industry just as it was emerging from recession. 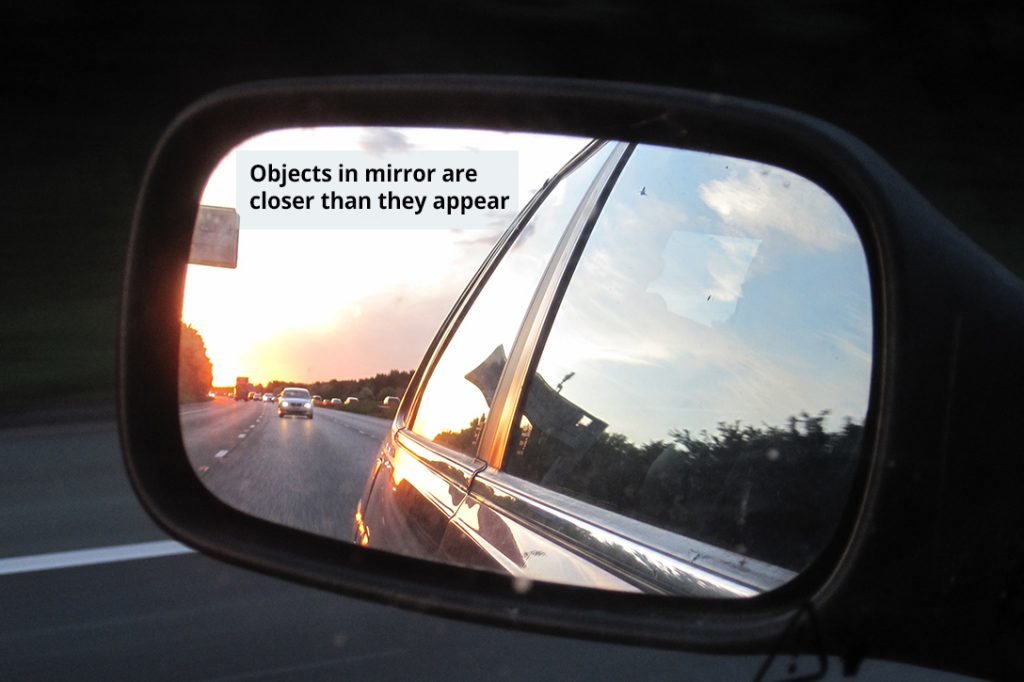 During the tenure of a presumably more consumer-friendly Obama administration, the rule still languished, as officials at the federal Office of Management and Budget sought out cheaper options, and perhaps a better way to quantify the value of a parent’s anguish. (Meanwhile, scores of children died each year when they were run over by backing-up cars.)

The rule did not take effect until 2014, and even then the National Highway Transportation Safety Administration (NHTSA) gave automakers until 2018 to fully comply with it. The rule requires new cars to use the appropriate technology to help drivers see what’s behind them, likely through rearview video systems.

But if this rule had to be issued under the 2 for 1 directive, it’s unlikely it would have ever seen the light of day. Automakers estimated the aggregate cost of complying with the new rule at $2.7 billion annually. That would leave regulators scrambling to find two or more rules that could be cut to save billions of dollars.

What makes Trump’s 2 for 1 directive so extreme, Weissman explained, is that it ignores what already was a burden for agencies, traditional cost-benefit analysis, which directs agencies to justify the cost of rules by estimating their benefits to society.

“To focus solely on the cost to regulated industries,” without factoring the societal benefits is “absurd,” he charged. “It is irrational. It has no precedent in American regulatory history.”

Assuming that agencies led by Trump appointees “still want to serve the public, the executive order places them in an impossible position,” he said: having to decide whether to address new problems at the expense of existing rules, or maintain existing rules and not address new threats.

And it is not just the costs of complying with the rule that may be taken into account, James Goodwin told WhoWhatWhy. Goodwin is a senior policy analyst at the pro-regulation think tank Center for Progressive Reform. Those costs may also include higher prices for consumers, who then forego other purchases.

He added that cost estimates “are malleable. They depend on who is figuring them out. If I’m more powerful, my cost wins.”

Public Citizen, along with the Natural Resources Defense Council and the Communications Workers of America have filed suit in federal district court to block the 2 for 1 Executive Order, claiming that it “will force agencies to take regulatory actions that harm the people of this nation.”

“The Executive Order is unconstitutional and very consequential,” Weissman charged. “Litigation is a tool to block it. Really, there’s nothing else.”

Business groups, including the US Chamber of Commerce, National Association of Manufacturers, and the National Federation of Independent Business oppose the lawsuit and support the White House.

Their friend of the court brief relies in part on claims that regulations cost businesses more than $1.7 trillion a year, a talking point often used by conservative think tanks and Republican lawmakers. That estimate, however, was based in part on a study that has been discredited by the nonpartisan Congressional Research Service and other economists.

Regardless of the quality of the arguments for and against the directive, the lawsuit does not prevent the Trump administration from using the 2 for 1 order while the court deliberates.

Another Trump directive will speed the deregulation momentum. This executive order requires agencies to designate regulatory reform officers (RROs) to ensure compliance with Trump’s new regulatory mandates. The RROs will chair agency task forces whose goal is to identify regulations for extinction.

“We are spending a lot of time to get agencies to deregulate and to set up a structure to deregulate,” Paul Winfree told Senate staffers at the same Mercatus Hill briefing. Winfree, formerly an economist for the conservative Heritage Foundation, is director of budget policy for the White House.

The RROs are key to this effort, Winfree said. “We’ve learned, pretty quickly, that there’s a distinct difference between the commitment of agencies to these processes,” and the zeal of Trump White House staff, Winfree said. “When you have four people at the Department of Labor working on deregulation, that’s a problem.”

Under the RRO procedures, agencies will be required to report on any new regulations they are planning, while citing the regulations they intend to roll back to keep the net cost at zero. The White House, Winfrey said, wants all RROs to be “on the same team and singing from the same hymn book.”

Winfrey said the success of these deregulation efforts largely hinges on what business interests think of them. If the private sector is not pleased, he said, “that would be defined as a failure.”