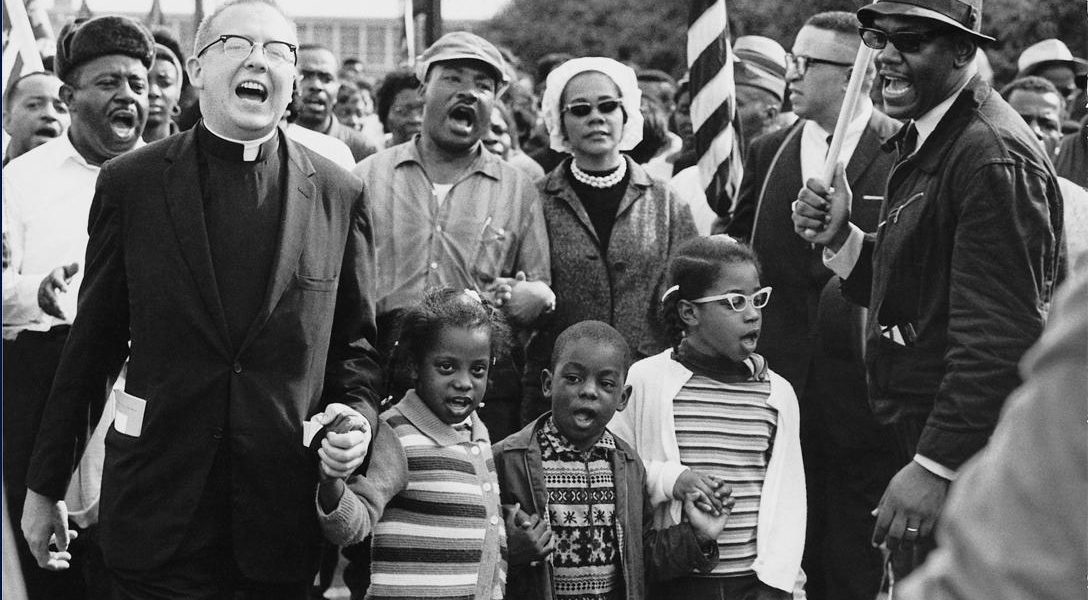 Dr. and Mrs. Martin Luther King with Dr. Ralph David Abernathy and his wife Mrs. Juanita Abernathy, the Abernathy children and others as they march from Selma to Montgomery in 1965. Photo credit: Abernathy Family / Wikimedia
Government Integrity Rights & Liberties

Selma at 51: MLK Warned That Apathy Was the Real Killer

Fifty-one years ago today, a peaceful march of civil rights supporters that began in Selma, Alabama, was violently halted when demonstrators tried to cross Edmund Pettus Bridge. The photos and videos of “Bloody Sunday” went around the world and provided undeniable proof of the brutality used to stop the civil rights movement.

In one particularly striking passage, Dr. Martin Luther King Jr. both virtually predicted his own death and said it was better than doing nothing.

The video below shows excerpts from three of Dr. Martin Luther King’s speeches from Selma.

And for more breathtaking images, please see our earlier story, Martin Luther King Also Had a Nightmare. It features rare photos and artwork documenting the plight of African-Americans in the US.