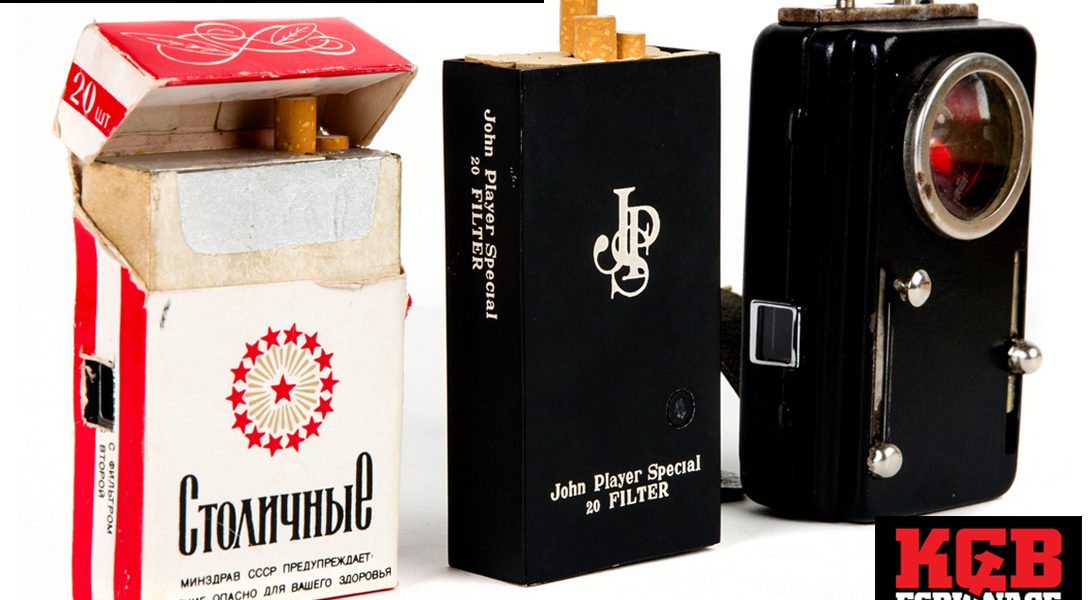 Manhattan is the kind of place where you can find just about anything. But it seems like the most improbable location in the world for a KGB Espionage Museum. Yet such a place has opened in a storefront at 245 West 14th Street, Manhattan — right in the heart of former enemy territory. (At least I hope it’s “former.”)

And it holds the largest collection in the world of sinister KGB artifacts. It is, for my taste, a museum done right. No frills, no inflated verbiage, no hype. Just the basics — and they are a sobering sight: Old but still scary exhibits from the organization that terrorized a population, did battle with the CIA worldwide, spawned Vladimir Putin — and taught folks how to gather useful data on prominent visitors of the likes of Donald Trump.

The spy agency is no longer called the KGB, and no doubt the gadgets are obsolete — your 12-year-old nephew probably has electronic toys that are much better at invading privacy than what’s in this museum.

But no matter how quaint looking, these old objects can still do the job. Killing and torturing in the most ingenious ways. Seducing, peeping, listening, filming, hiding stuff in surprising places, rendering secrets into code, decoding the secrets of others — all in the most astonishing ways. But these are not props from a James Bond movie. They mean business.

And even my experience there felt… authentic.

My guide for a private tour was a fellow with slightly sour breath who told me he had been a police officer in St. Petersburg, and no, he didn’t mean Florida.

He was quite enthusiastic about the whole thing — perhaps too much so. When I said something about Stalin murdering tens of millions, he said that tough times called for tough measures, and quoted Churchill on Stalin being a “genius.”

In any case, I got the full treatment. And it’s definitely worth a guided tour, because the KGB  had great if nefarious ingenuity.

I saw a tree that, sliced open lengthwise, reveals wires running up and down the interior. “Walk-and-talks” weren’t going to foil these folks. And a machine they took on raids, which could tell if someone was hiding — it could detect the presence of an extra pulse on the premises. There’s a camera that takes a picture out the side of the device — so no one suspects they are your focus.

As a reminder that most interactions with the KGB did not end well, my guide happily pointed out a scary-looking material with a steel studded surface, used in cells. Voila! No more prisoners pounding on the walls.

These days, with the news full of recent Russian femme fatales, such as Maria Butina and Anna Chapman, it’s worth the caution: Watch those kisses, fellas! That’s the takeaway from the Deadly Kiss, a lipstick case that is actually a gun containing a single bullet.

If a spy was caught, with or without the Deadly Kiss, there was always the Deadly Tooth exit. KGB dentists (talk about reasons for being afraid to visit the dentist!) created a cavity in molars — and filled it with deadly potassium cyanide. If an agent were caught, s/he would perform a special bite that broke the tooth and spilled the poison into the bloodstream, paralyzing the central nervous system and bringing quick death. No congressional testimony required!

It’s not all death and mayhem. Some of the coolest contraptions are for keeping secrets and passing them. A wheel-based cipher machine, the M-125, codenamed Fialka, was introduced in the mid-50s. Thanks to 10 cipher wheels, it could create up to 590,490,000,000,000 different combinations. Supposedly Fialka is still in use in some military units. Oh — before each covert info transfer, the mechanism would be cleaned with spirits. And maybe the operator would enjoy a vodka moment too. This is just a sampling of the wonders these ingenious folks came up with, long before Mission Impossible.

The museum is the creation of a collector who somehow got hold of this astonishing assemblage and somehow — they aren’t saying how — got it out.

Lest anyone think this is an effort to minimize the horrors perpetrated by the KGB, in fact the museum actually underlines the savagery necessary for preserving the worker’s paradise, along with the brilliance of the perpetually underfunded Soviet apparatus.

Near the end of our tour, my guide, a friendly fellow whose manner nonetheless suggested I would be wise to do whatever he wanted, ordered me to don a KGB officer’s uniform and plopped me down at a desk where a picture of me was promptly snapped.

I didn’t know if it could ever be misinterpreted and used against me at some point, so I just outed myself by posting it on my Instagram. I thought it was playful enough, a la halloween outfits, but then I decided to play it really safe. And deleted it.

And go here, if you want to take a virtual trip through a museum of gadgets created (or stolen) by our very own CIA. (You can’t go to the museum itself; it’s located in the CIA building and not open to the public.)