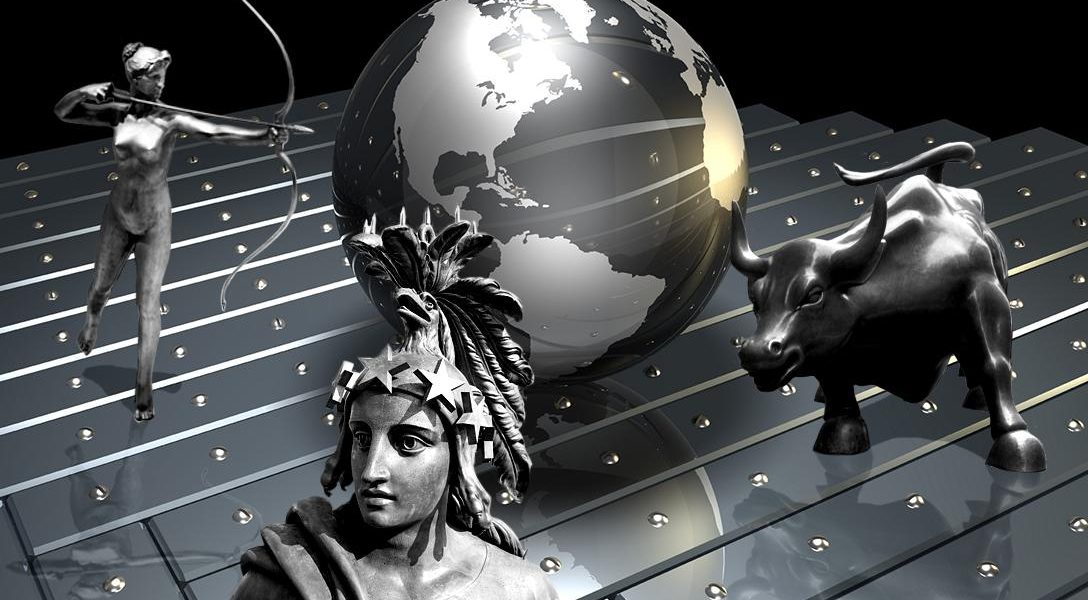 The term “Deep State” has recently become as popular with the media as the term “#resistance.” It certainly wasn’t always that way.

For years, a lonely few have set out to enlighten people on the notion that, when it comes to affairs of state, there is usually more to the story than we are told.

I started WhoWhatWhy because I realized that the publications I worked for had no interest, no understanding of, could not fathom, or were just plain scared to explore the possibility that We, the People, were not in control of our destiny.

You can read most media all day long and you’d never get a sense, except fleetingly, that eight people have as much wealth as half of the world’s population. A handful of people can put their selected candidate in the White House, and the masses remain blissfully unaware as the process unfolds.

A company with vast resources can make sure the so-called free market works a whole lot better for itself than it does for its smaller rivals — even if the other companies offer a better product or service — and corporate media remains silent.

The media typically does not make us wonder why there seem to be wars going on all the time, why Americans are able to live so well compared to most of the world, nor that even today, resource extraction is a very deadly one-way street. They rarely seem to stop and ponder why it is that no matter which of the two political parties is in office, public policy seems to always cater to the 1% and not … the public.

The media does cover politics plenty. But it does not very often cover deep politics — that is, the forces beneath the  surface, the powers behind the daily events, what’s been called the Deep State.

To those unfamiliar with it, this expression sounds creepy, even paranoid, with a hint of conspiracy theory — itself a catchall term designed to discredit any critical analysis that comes perilously close to something that may lead back to the Deep State. How could there be something other than politics or the state — deep politics and a deep state?

Well, ask yourself: Is that giant bank where you have your money actually run by the smiling masses you see in their ads? The ones who say “We’re here for you” but when you call, they all read from the same script and admit they’re powerless? One thing your bank doesn’t do, usually, is advertise the top people, the biggest shareholders, and how much power they wield, and how much money they make.

It takes something like a financial scandal for the CEO to suddenly appear in the limelight, like a mole rubbing its eyes, and you say, “Oh, so that’s the main guy.” You never knew.

The media overall hates these “deep” concepts because they are anathema to people trying to keep their jobs and move up in a hierarchical system owned and influenced by the most powerful, while still wearing the thrilling mantle of “troublemaker.”

Let’s be clear: the Deep State is not six people in hoods muttering incantations. It’s a shifting landscape of those at the top of the heap — not a monolith but a bloody battlefield, with factions breaking both bread and heads.

It includes financiers, industrialists, media titans, generals, spymasters, strategists, and experts in the black arts of mass influence. It even includes a super-verboten topic: how the “overworld” (the legit) do business, albeit usually at arm’s length, with the underworld.

Look at Trump’s track record on this; look at CIA’s well-documented cooperation with the mob and with global drug cartels. Also off-limits to the media: the role of highly profitable illegal activity in making great fortunes (prohibition, drug trade, money laundering) and the cooperation of elements of the state.

The deeper meaning and scope of the Deep State is now being misrepresented by those who still hope for handouts from the system — either they’re deliberately obscuring the real nature of the Deep State, or they’re really trying, without much success, to throw some light on a topic to which they’ve come late and have little incentive to dig into too deeply.

One example is the Los Angeles Times, which, despite some great journalism and bravery over the years, has retained a mysteriously close relationship with the CIA and similar entities, serving as their hatchet men against reporters who cut too near the bone of the truth. Look up Gary Webb — or read this “review” of a book on the Deep State by yours truly. Photo credit: Adapted by WhoWhatWhy from Thomas Quine / Flickr (CC BY 2.0) and US Customs and Border Protection / Flickr.

Recently, one of its longtime Washington hands presumed to explain to the rest of us about the Deep State whose very existence he and his paper denied for so long.

The scariest new catchphrase of the Trump era — and we’re only one month in — is the “deep state,” a term borrowed from countries like Turkey and Egypt, where networks of military officers and intelligence operatives control much of the government.

Um, no. It isn’t just entrenched mid-level bureaucrats, soldiers and spies who make up the Deep State — it is also the extremely wealthy who ultimately manipulate and influence these pawns on the board of power.

The New York Times apparently got the same memo as its West Coast namesake:

The point of all this is that if you limit a description of some poisonous Deep State to those actually employed in “bureaucracies,” you are actually playing into the hands of the most powerful Deep State players: the super-rich who benefit when government itself is discredited to the point that everything can be outsourced — to them. And that’s exactly what we have seen in case after case, with the privatization of intelligence, police work, prisons, schools, and so on. Let’s get rid of those nefarious Deep State education officials and save the day with billionaire Betsy DeVos!

No — the Deep State IS populated by people like Betsy DeVos and her husband and their coterie. They’re the ones who can buy the loyalty of modestly-paid government figures who expect to travel out the revolving door to dip into the abundant coffers of the Koch brothers et al.

To be clear, we probably don’t want to think of the Deep State as synonymous with the plutocracy — it’s not all about money. It is about an ideology of self-interest and a kind of fascist value system, and an ability to build deep links into institutions like the FBI, the Pentagon, the NSA, the CIA, local law enforcement, etc. Of course, elements within the Deep State, as is true throughout the world, can also be forces for good, resisting when things in the surface world “go too far.” That, in part, is what we are seeing in the resistance to Trump from surprising quarters.

It’s also something to keep in mind when we see the Washington Post leading the charge against Trump. The Post is, like Amazon, the property of Jeff Bezos — and the CIA is one of Amazon’s biggest customers (for its cloud computing services.) The CIA is none too happy with Trump — with very good reason, for once (well, there was also that battle with Cheney and the neocons), and so, yes, that too is all the Deep State at work.

And no, don’t look to The Post to fully explain it all. Why? Again, my personal experience — here’s the Post’s contracted-out hit piece on my Deep Politics book.

The Deep State has cajoled or intimidated almost the entirety of journalism, mainstream to Left to Right — to ignore its existence, and to defame those who dare investigate it, by lumping them with all manner of crazy under the all-purpose dysphemism “conspiracy theory.” Try googling related terms: conspiracy theorist, conspiracy nut, etc — you will find that the “top” news organizations have routinely beaten up on those who dared break ranks by slapping this deadly moniker on them. It’s the loud cousin of the whispering campaign, the sort that makes it hard to find work and scares off would-be allies.

I’ll note that back in the 1960s, the CIA got really nervous as interest in the assassination of President John F. Kennedy heated up, with reputable, brave people asking a lot of questions about the impossible ridiculous fantasy story the media sold us in the Warren Report. In an internal CIA memo, the agency prescribed all manner of tactics to discredit those who were sticking their noses where they oughtn’t, conferring on them the deadly “Conspiracy Theorist” label.

And, in the 1970s, Carl Bernstein, of Watergate sleuth fame, wrote a piece in Rolling Stone revealing the extent to which the security apparatus had penetrated America’s media itself. Shades of Romania and East Germany.

Even Bill Moyers, whom I greatly admire, and who has been complimentary of WhoWhatWhy’s work — brought on a conservative to explain what Deep State is all about. Given the history and the continuing resistance to the concept at the time that program aired in 2014, probably a smart move.

But the times they are a-changin’. Since Wikileaks’ revelations, since Edward Snowden, since … Trump, the shameless and spineless in journalism have spun on a dime and now the things some of us were attacked for are smack dab in the middle of the “conversation,” albeit with the system stingily withholding credit to those who were there first.

In any case, now that it’s all the vogue, I say to the establishment media: No. You do not get to define this term, you do not get to tell the rest of us if there is a Deep State, the nature of its influence, or whether we should or should not be concerned about it.