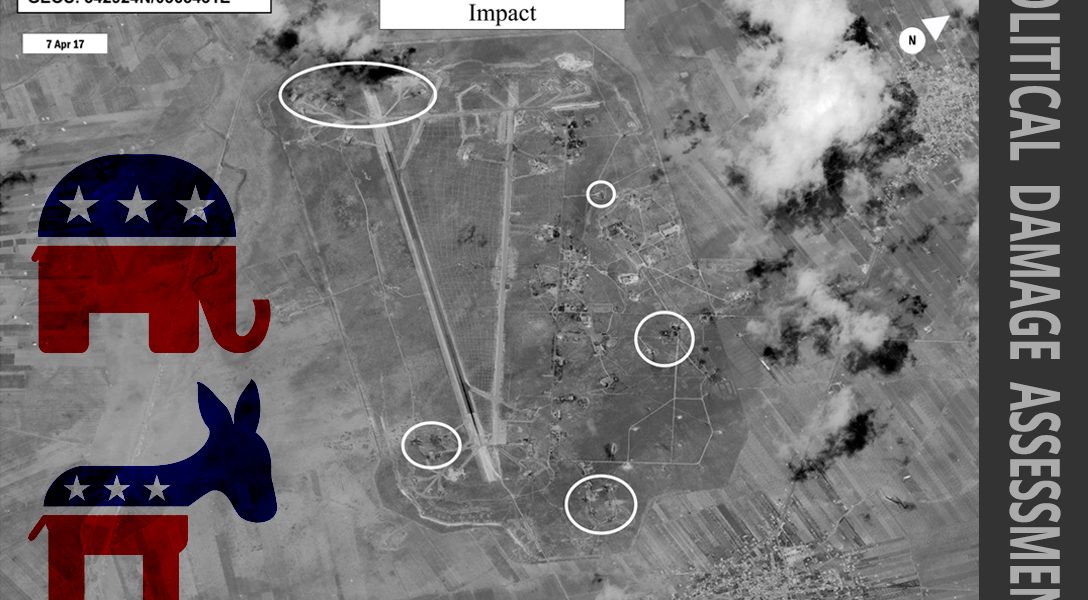 Americans are bombarded with polls. It seems that we need to know how everybody feels about everything — possibly so that we know what to believe if we want to be like the majority.

Every now and then, however, a nugget of true insight finds its way into such a poll.

That was the case Monday, when the Washington Post released the results of a survey on whether Americans agreed with President Donald Trump’s decision to fire missiles at Syria. The results themselves are not remarkable. The country as a whole narrowly approves of this use of force.

However, when looking at the breakdown of the support of Trump’s decision along party lines, something truly significant is revealed: A whopping 86% of Republicans had a favorable opinion of the missile strike.

That in itself, might not be surprising — but it is when compared with the result of another poll from four years ago, when Americans were asked a similar question: Back then, while support among Democrats was basically the same, Republicans strongly opposed missile strikes. Only 22% of self-identified GOP voters would have approved of a Syria attack back then.

So while Democrats (at least in this case) seem to be firm in their convictions, for Republicans it’s not about the action but rather whose hand is pulling the trigger. That bodes well for Trump because he will need his base to prop up his abysmal poll numbers.

This stunning finding actually somewhat corroborates polling on “Obamacare,” which has always been unpopular. However, when Americans were asked about individual provisions of the law, they strongly supported them.

It would be interesting to find out whether this applies to everything Barack Obama says or does. One test: have him endorse an item on the GOP agenda and see how people react.