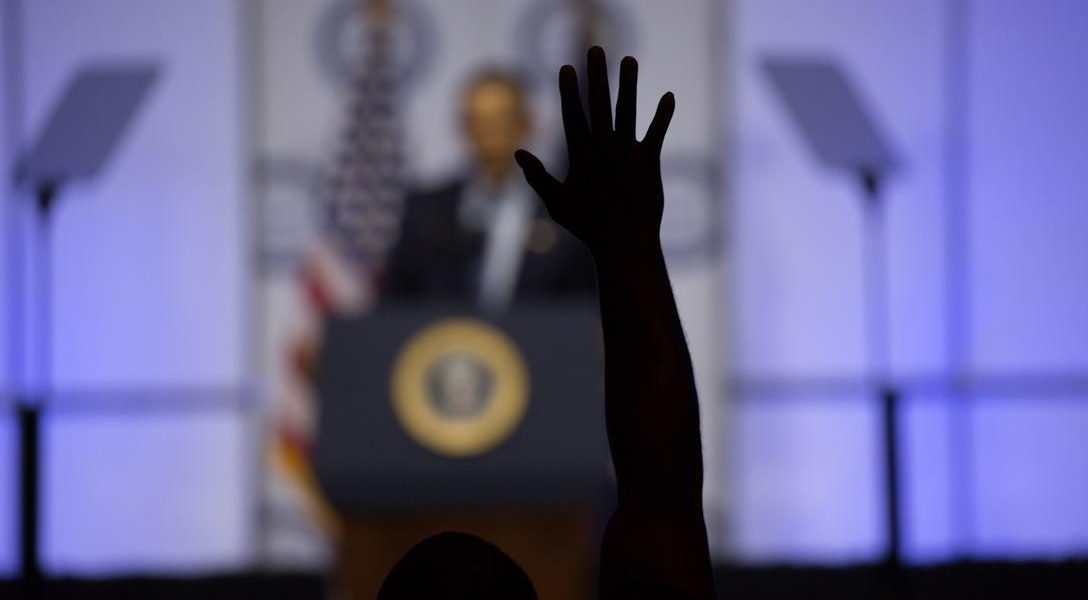 Barack Obama began his presidency with a promise of unprecedented openness in government. But heading into his final year in office, journalists see an administration that is more interested in message-control than transparency.

“Over the years, there’s been a steady erosion of journalists’ access to federal scientists and other subject-matter experts in the federal government,” Baltimore Sun reporter Tim Wheeler told WhoWhatWhy via email.

Wheeler is a member of the Society of Environmental Journalists (SEJ)  which, along with dozens of other journalist groups, has repeatedly pushed the White House to give the public more information about what the government is doing, and thinking about doing.

“This administration distinguished itself, if that’s the right word, by prosecuting more people for unauthorized disclosures of classified information than all prior administration combined.”

The Obama administration has been praised for some of its environmental initiatives — including a landmark climate deal with China last year and its role in the Paris Climate Talks — but environmental journalists have had trouble gaining access to government officials.

Journalists who ask for interviews to discuss policies in depth are often told to send questions to public information officials, who then respond, if at all, with talking points, rather than substantive answers.

“You either don’t get any reply in time to use it for your deadline, or you get a reply that’s very generic and is just kind of some general statement, often that can’t be attributed to anyone, and it’s not really specific to the question you asked,” said environmental writer Dawn Stover.

Stover said that she is not alone in her complaints, but stressed that access varies from agency to agency. (She cited the Nuclear Regulatory Commission as an exemplar of transparency.)

Stover also criticized the way government has adapted to the age of social media. Instead of mobilizing Twitter and Facebook to directly engage journalists and the general public, most agencies use social media for self-promotion.

“It’s like what you expect from a corporation, not a government,” Stover said. In a column published in the Bulletin of the Atomic Scientists, she noted that the Environmental Protection Agency’s Twitter account was curiously mum about the chemical spill last year in West Virginia, yet was more than happy to share energy conservation tips.

Columbia Journalism Review contributor Trudy Lieberman noted that “minders” often sit in on interviews and “steer the conversation away from touchy topics.”

The EPA has faced increased scrutiny in recent days. The Government Accountability Office found that, in its push to promote more stringent water regulations on Twitter, Facebook, YouTube, and a message amplification tool called Thunderclap, the agency violated federal law that prohibited “lobbying and covert propaganda.” Two days later, the EPA justified its use of social media, calling it a powerful tool to “be as transparent as possible.”

For Stover, however, posting status updates on social media is no replacement for genuine dialogue.

“It’s a one-way street,” she said. “It’s like the administration says, ‘We put this out there on Twitter or Facebook or on our website, and so we’re being transparent.’ To me that isn’t transparency. Transparency is two-way communication.”

But even when journalists can establish two-way communication in the form of an interview, there are often strings attached. Columbia Journalism Review contributor Trudy Lieberman noted that “minders” often sit in on interviews and “steer the conversation away from touchy topics.”

A 2012 survey of 776 reporters conducted by the Society of Professional Journalists (SPJ) found that 84% of the respondents said their interviews with government officials were monitored at least “some of the time,” and that 69% of respondents had been denied interviews altogether.

The mere presence of minders creates a chilling effect — government workers are less likely to speak frankly if they know their boss is listening.

But transparency advocate Steven Aftergood says that  the chill goes far deeper than that.

“This administration distinguished itself, if that’s the right word, by prosecuting more people for unauthorized disclosures of classified information than all prior administration combined,” Aftergood said, referring to the seven leakers prosecuted under the Espionage Act during the Obama administration.

“That pattern of behavior has also discouraged countless other informal contacts between rank and file officials and working journalists. In other words, it has created a climate of fear.”

The Obama administration responded to the journalist groups’ request for more openness with a letter that defended its transparency initiatives, including its success in processing more FOIA (Freedom of Information Act) requests “than ever before.”

On December 15th press secretary Josh Earnest met with members of the SPJ and SEJ to discuss the possibility of greater openness during Obama’s last year in office. As of press time, the White House had not responded to WhoWhatWhy’s request  for comment.

“We made a strong case that the current press policies and practices across the federal government do not match President Obama’s pledge on taking office to make his the most transparent administration in history,” said Wheeler, the Baltimore Sun reporter, who attended the meeting. “We urged the White House to do what it can to reverse that and instill, or re-instill, a culture of openness in government.”

Wheeler added that Earnest heard them out and promised a response early next year, Obama’s final year in office and his last chance to fulfill his largely unkept promise of transparency.

Will there be a change in the climate of fear?