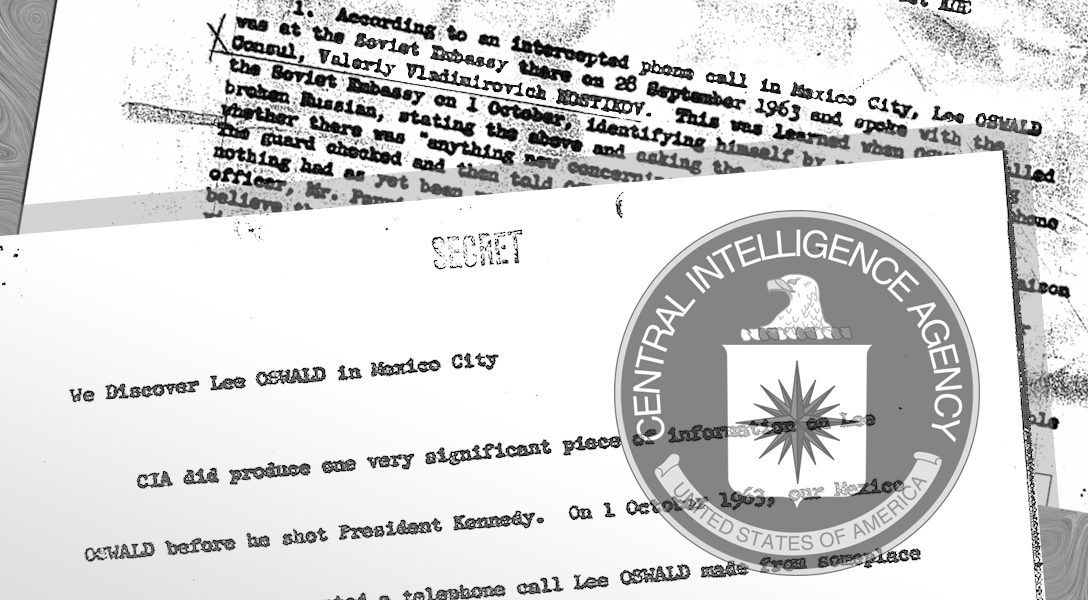 The National Archives and Records Administration (NARA) just released the largest number of JFK assassination files it has released thus far this year — 13,213 mostly CIA files — but then introduced a frustrating wrinkle, raising doubts about the coherence of the process and about their intent.

NARA’s press office released the following statement with the files:

On October 26, 2017, President Donald J. Trump directed agencies to re-review each and every one of their redactions over the next 180 days. As part of that review process, agency heads were directed to be extremely circumspect in recommending any further postponement of information in the records. Agency heads must report to the Archivist of the United States by March 12, 2018, any specific information within particular records that meets the standard for continued postponement under section 5(g)(2)(D) of the JFK Act. The Archivist must then recommend to the President by March 26, 2018, whether this information warrants continued withholding after April 26, 2018. The records included in this public release have not yet been re-reviewed by the agencies as part of that process and have not been reviewed by the National Archives. [Emphasis added]

Upon brief inspection, it appears that all of the files so far examined still contain redactions.

If the files have not been re-reviewed yet by either the specific agencies (such as the CIA, FBI, and NSA) or the National Archives themselves, then one wonders why they would release them now in their present redacted form. It’s Alice in Wonderland time.

Only four of the files are classified as fully-withheld, meaning that the public had never seen them before. Two of the files are from the NSA, and two are from the CIA. One of the CIA files, written entirely in Spanish, is labeled “Actividades De ‘LEE HARVEY OSWALD’, EN MEXICO” (Activities of Lee Harvey Oswald in Mexico) and originates from the Mexican Direccion Federal de Seguridad (their intelligence service).

A full 48 out of 52 pages are completely redacted.

Not a promising start to the new era of “draining the swamp.”