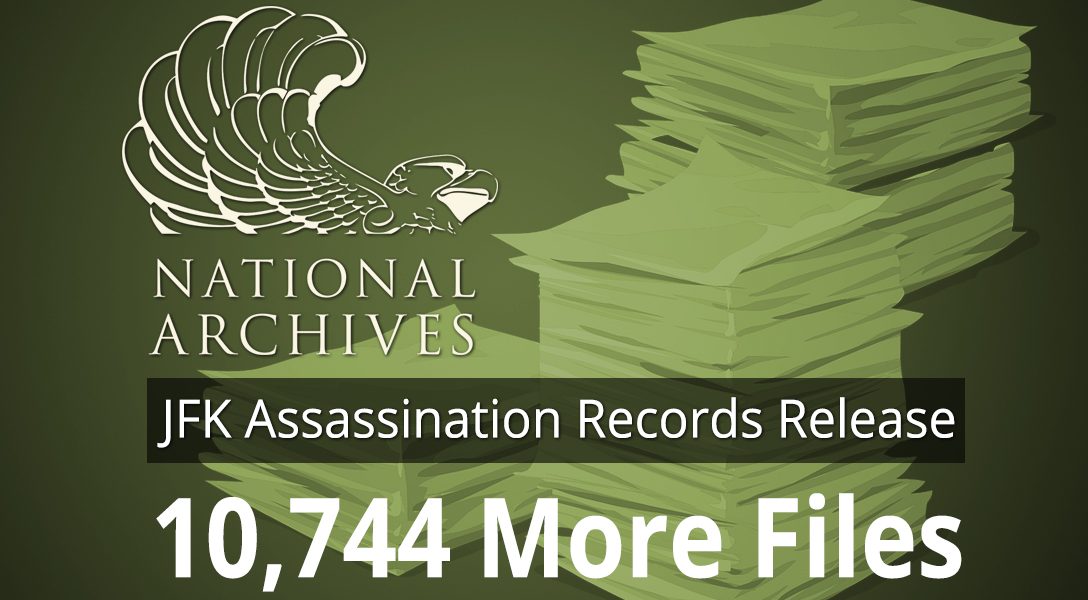 The National Archives and Records Administration has just released 10,744 new JFK assassination files from the FBI.

From a NARA press release:

The versions released today were processed by the FBI and, in accordance with the President’s guidance, are being posted expeditiously in order to make the documents available to the public, even before the March deadline established by the President on Oct. 26, 2017.  Any information that has been redacted from the records in this public release remains subject to further review by the FBI and the National Archives in accordance with the President’s direction.

President Trump, at the urging of various executive agencies, decided to delay full release of the documents, giving those agencies a six-month “re-review” deadline in order to assess whether further material can be unredacted.

NARA had two releases on November 3 and 9 — mostly CIA files — that it said both the agencies and NARA had not actually re-reviewed yet. So theoretically there could be a re-release of those documents, as well as the approximately 2,400 partially-redacted FBI files from today, with further unredacted material.

WhoWhatWhy is continuing to comb through these vast troves of documents with a team of document reviewers and JFK assassination experts. Stay tuned as we bring you more news and analysis.