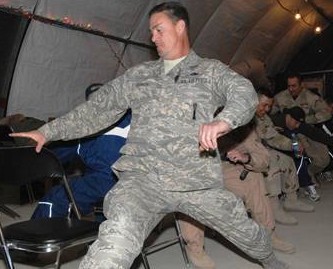 The appointments, set in motion by the impending retirement of Defense Secretary Robert M. Gates, are part of a significant rearrangement of Mr. Obama’s national security team that will include several new assignments within the closest circle of his diplomatic, military and intelligence advisers.

As I reported in my book Family of Secrets , nobody bothered to figure out why  President Ford named George H.W. Bush his CIA director in 1976:

Why install a purported intelligence virgin—and, moreover, a fellow widely regarded as a lightweight—in this highly sensitive post, and in this period of intense pressure on the agency?

The newspapers at the time seemed bewildered, though unwilling to say so explicitly. In an unsigned profile headlined “A Breezy Head of the C.I.A.,” the New York Times struggled to find some achievements. “As a chief American representative in China, George Bush has succeeded, at least in a limited degree, in erasing the image that many persons in Peking had of America as an elitist country. Instead of formal dinners and receptions, the Bushes entertain by serving soft drinks and popcorn while showing old movies.” Another Times article noted that on a visit to China, Kissinger “did not set aside any time for consultations with Mr. Bush before plunging into dealings with Chinese leaders.”

Yet, just as his brief and undistinguished congressional service had supposedly qualified him for the United Nations, and his unexceptional United Nations service somehow qualified him for the China post, George H. W. Bush’s brief experience in China was now invoked as somehow qualifying him to run the CIA. The central assumption in all this was that Poppy did not have an intelligence background. To some, this was seen as a liability, to others an asset. But no one considered the possibility that his supposed lack of experience in spycraft was, in fact, part of that craft, and his long- running cover story.

Indeed, it was unlikely that with all the Sturm und Drang over intelligence, the kind of person that George H. W. Bush appeared to be in public could possibly be the choice of insiders and hard- liners. There had to be more to it….

And, as I recount in detail in that book, there was.

We can be sure there is more, too, to this range of curious decisions by Obama. But who will get to the bottom of it? Back to the Times:

Mr. Gates is expected to step down this summer.

The changes at the top of Mr. Obama’s national security team have long been expected.

That’s pretty blasé. Long been expected? Makes it sound like there’s no reason to understand these crucial reshufflings of the junta…er ..government.

Not long after Mr. Gates leaves, the term will expire for the chairman of the Joint Chiefs of Staff, Adm. Mike Mullen, who, like the defense secretary, was appointed by President George W. Bush. And Deputy Secretary of State James B. Steinberg has announced that he is leaving for an academic job — removing one of the crucial players in Mr. Obama’s efforts to manage China’s rise.

Why is a crucial player in the efforts to “manage China’s rise” leaving the government? What exactly is that effort, and how is it going? Presumably it is something considered quite urgent, but I don’t recall nearly enough reporting on what it entails. Also worth noting— as with George H.W. Bush curiously coming in from his China assignment to take over CIA in 1976—what we don’t know about the US government’s true views on China today, and its course of action on that country, would presumably make for riveting reading.

…Mr. Gates’s role is the most critical. He often allied with Secretary of State Hillary Rodham Clinton — who has said that she intends to leave the administration when this term ends — including persuading Mr. Obama to start the military buildup in Afghanistan in 2009.Together they won many other battles, but they visibly split last month on the military intervention in Libya.

Do tell? Gates, a longtime Bush family associate, CIA director under HW Bush and Defense Secretary under W Bush, stays on under Democrat Obama for more than half of his first term, creates an alliance with Hillary Clinton in which they persuade Obama to “start the military buildup,” among other things, then “visibly split” over Libya. All seems worthy of much more ongoing reporting. By the way, would have been nice to say here who took what position on Libya. (Btw, for a bit of perspective on the CIA and Libya, see our piece here.)

Also worth understanding more about the relationship between the Bush group and the Clintons. For more on this, see our WhoWhatWhy exclusive, here.

Back to the Times again.

In naming Mr. Panetta to the Pentagon, Mr. Obama is selecting an already confirmed cabinet official with strong ties to both the White House and Capitol Hill. In selecting  General Petraeus, who at least initially did not have a strong relationship with the Obama White House, the president is retaining a high-profile military official who has extensive knowledge of intelligence gathering in both Afghanistan and Iraq in recent years.

I can just imagine the barroom chatter on what’s not being said in the above paragraph. Why would the president put in yet another Bush guy, Petraeus, in a top position in his administration? What happened that Petraeus, who did not have a strong relationship with the Obama White House, apparently now does? What about those rumors that Petraeus was considering a run for the GOP presidential nomination, and that he needed something sweet to discourage him? How do we feel about a military guy heading the CIA? And by the way, what really do we understand about what the almost totally opaque CIA does, after all these years, with those thousands of staffers and billions of taxpayer funds?

The president is also likely soon to nominate the veteran diplomat Ryan C. Crocker as the next United States ambassador to Afghanistan. That move would, at least for a while, reunite Mr. Crocker, a former ambassador to Iraq, with General Petraeus, with whom he worked closely in Iraq during the Bush administration.

Do you ever feel you really understand what these moves are about? That seems to me the mark of a top-notch news organization—plugged in enough, talking to enough “unauthorized sources” and keen observers, to figure out what is behind all of this. And how it is likely to affect us all.

There have been articles, occasionally, with a bit of speculation on these internal dynamics of the Obama administration. But not nearly enough—and news outfits should have a full-court press on this, especially when the deal goes down. And even more so, before, given that they had plenty of advance notice through the patter of authorized leaks.