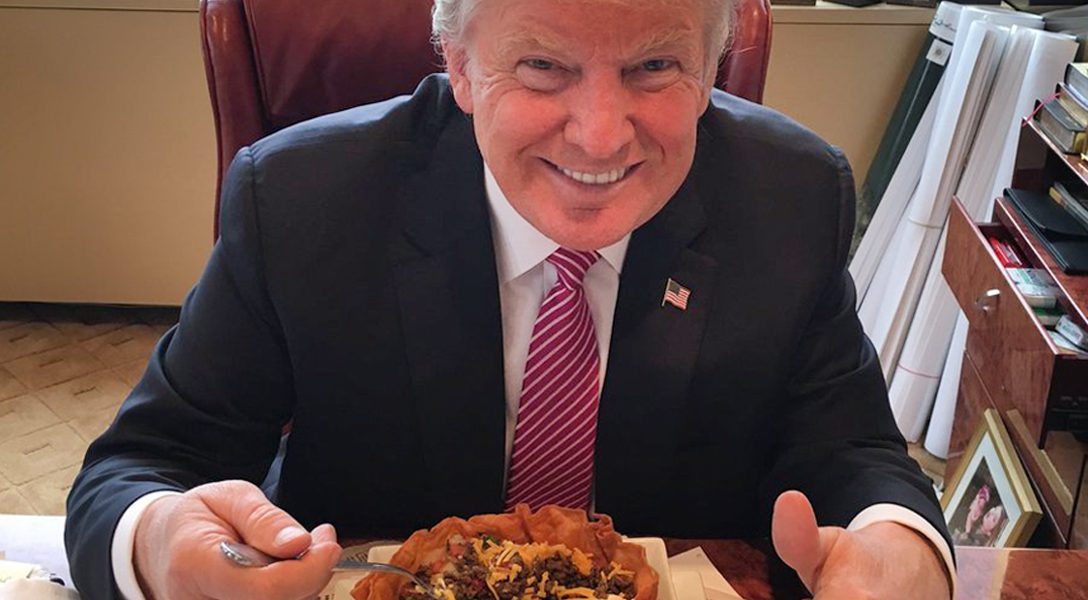 I could never understand why anyone would expect President Donald Trump to leave behind evidence of collusion with Russia. After all, Trump eats evidence.

Former employee Omarosa Manigault Newman witnessed him indulging in this unusual diet after a meeting with Michael Cohen. In her book, Unhinged: An Insider Account of the Trump White House, she wrote,

I saw him put a note in his mouth. Since Trump was ever the germaphobe, I was shocked he appeared to be chewing and swallowing the paper. It must have been something very, very sensitive.

If this is true, then he really should get a dog. They will eat anything. Except emails. But Trump has said that he’s not an email person. He knows they are a rich source of evidence. Consider what he told Howard Stern in 2005:

Half of my friends are under indictment right now because they sent emails to each other about how they’re screwing people.

Half of his friends are “screwing people?” That’s good to know. Anyway, he certainly learned from their experience. Look at what he said in February 2016:

I go to court and they say produce your emails. I say I don’t have any emails. The judges don’t even believe it… After you win the case, they say, ‘Now I know that you’re really smart.’

Really smart. Trump even hides — from his own people — what he and Russia’s President Vladimir Putin had to say to each other. And he seized his interpreter’s notes. (It’s not known whether they were eaten.) This was discovered when an unnamed White House advisor and an unnamed State Department official tried to get the notes from Trump’s interpreter — but could not. Vox quoting the Washington Post on the issue: