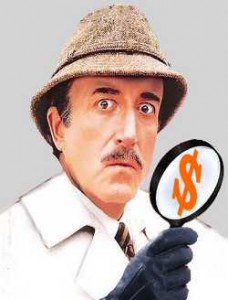 Mitt’s Advisors: He Has No Clue on Foreign Policy It must be really frustrating to work for “respectable” news organizations. Sometimes, things must make you want to scream like Howard Beale did in the movie Network. Most of the time, you’re stuck pretending that things are only slightly amiss when, in fact, they are totally wigged out.

Take, for example, a recent New York Times assessment of Mitt Romney’s foreign policy positions. The headline, “Romney Remains Vague on Foreign Policy Details,” was about as restrained as it could be. But read a few excerpts, and you see what is really going on:

…beyond his critique of Mr. Obama as failing to project American strength abroad, Mr. Romney has yet to fill in many of the details of how he would conduct policy toward the rest of the world, or to resolve deep ideological rifts within the Republican Party and his own foreign policy team. It is a disparate and politely fractious team of advisers.

…Each group is vying to shape Mr. Romney’s views, usually through policy papers that many of the advisers wonder if he is reading. Indeed, in a campaign that has been so intensely focused on economic issues, some of these advisers, in interviews over the past two weeks in which most insisted on anonymity, say they have engaged with him so little on issues of national security that they are uncertain what camp he would fall into, and are uncertain themselves about how he would govern..

…Two of Mr. Romney’s advisers said he did not seem to have the strong instincts that he has on economic issues; [Emphasis added]

Given the common belief that national security/foreign policy is either one of the two most important areas a president must contend with or the most important one, it is reasonable to ask: What the heck is going on?

How did we end up with a situation in which one of our two choices in November is a man who seems to know, or care, so little about the world? How is it possible that, with just weeks before the election, there is no dominant person or clique in Romney’s camp to articulate a vision of what the United States can and should do in an incredibly complex and explosive world?

To be fair, Barack Obama was very green on foreign policy when he became president, yet he has managed to at least take an interest and, often, to project knowledge and authority. But that’s hardly consolation.

The truth of the matter is that, while the actions of the United States in the world are of utmost importance to all Americans– and especially to the financial sector, oil/mineral and other natural resource extraction industries, importers/exporters and traders, and the humongous armaments industry –we always seem to end up with candidates who are not really knowledgeable or strong enough to chart their own course.

Indeed, when it comes down to specifics, how different are the choices?

…the specific descriptions of what Mr. Romney would do, on issues like drawing red lines for Iran’s nuclear program and threatening to cut off military aid to difficult allies like Pakistan or Egypt if they veer away from American interests, sound at times quite close to Mr. Obama’s approach.

Bewilderingly, the article concludes by implying that what really is needed is a return to power of the same-old-same-old gaggle of seemingly immortal “foreign policy czars”— presumably people like John McCain and William Kristol—big backers of proactive wars and invasions ranging from Vietnam to Iraq to Libya:

Missing from the team are the big names in establishment Republican foreign policy circles. The best known of them, Henry A. Kissinger, has endorsed Mr. Romney, but recently took a shot at his declaration that he would declare China a currency manipulator on the “first day” of a new administration. Last week, Mr. Kissinger described both presidential candidates’ approach to China as “extremely deplorable.”

The unstated point is: American presidential elections are often little more than bad jokes. The two nominees are awfully similar on so many global issues. Worse, there’s a fifty-fifty chance that we will end up with a guy who has no idea what to do with the world—and who is surrounded by competing cabals of self-important people who must know in their own hearts that they have no idea how to proceed judiciously and wisely. Privately, this whole gang must be terrified to be put in charge of an operation promising to outdo a president who has himself routinely embraced force, even outdoing his predecessor  on the particularly cruel and reckless policy of death by drone.

If this is the cast, who’s really running the production? Can governance really be as chaotic and arbitrary as what we are seeing? If so, then what of the United States’ claims to be able to decide things for the rest of the world? And…

Is it OK for the world’s policeman to be Inspector Clouseau?