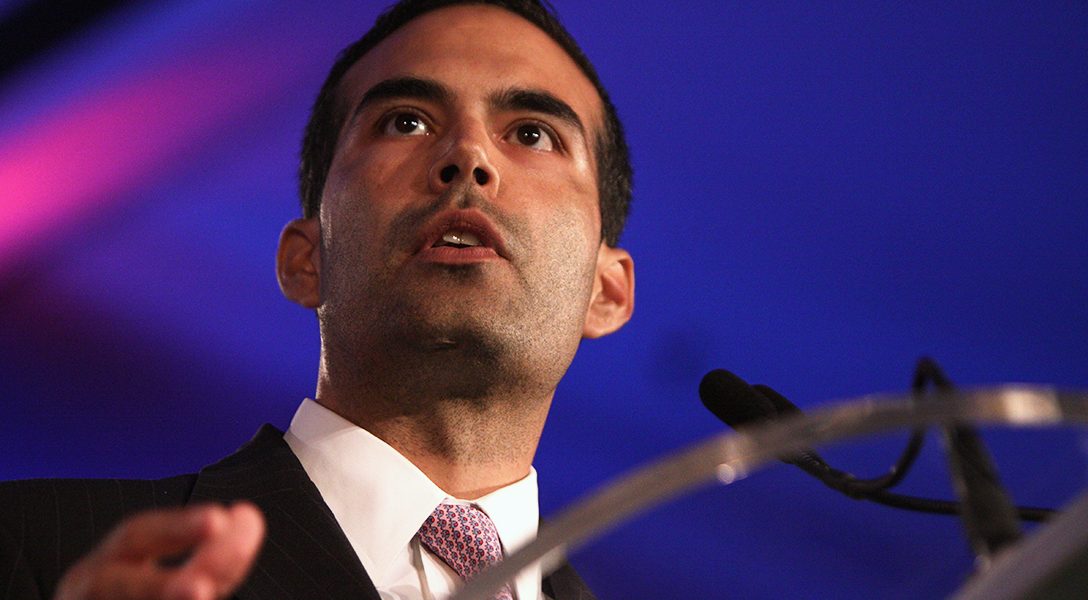 How Did a Low-ranking Texas State Official Score a Meeting with Netanyahu?

Therefore, it would seem very odd at first glance that the current land commissioner recently traveled to Israel as part of an official visit and even got a meeting with Prime Minister Benjamin Netanyahu.

But it all makes sense, of course, because the current land commissioner is George P. Bush. It certainly seems as though the son of former Florida governor and failed presidential candidate Jeb Bush has his sights set on bigger things.

I saw in Israel the spirit of entrepreneurship that has also made TX thrive–I can think of no better partner https://t.co/yg0GdlpaZa

“One of the major takeaways from my meeting with [Netanyahu] was the importance of America’s continuing resolve in fighting terrorism,” George P. Bush wrote in a blog entry on the trip. “The Prime Minister confronts asymmetric threats everyday — whether it’s Hamas, Hezbollah or state-sponsored acts of violence.”

Dealing with terrorism is, of course, not part of the job description of the land commissioner.

It is not the only political move George P. has made recently. He also broke with the family elders and endorsed Donald Trump for president. That is a step neither his father, his uncle George W. nor his grandfather George H.W. have taken.

It remains to be seen whether backing Trump, who ridiculed Jeb Bush throughout the primary is a winning move. The Texas land commissioner certainly seems to think so.