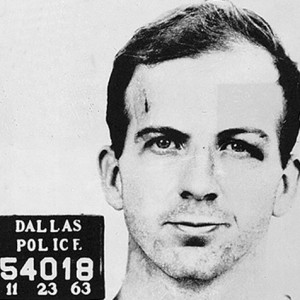 JFK: The Never-Ending Wait for Answers As a former US Customs Service agent, Karl Golovin may seem an unlikely activist. But that is just what he has become in his quest for the truth about the assassination of John F. Kennedy.

Golovin is quite frank about his motive in pressing for the release of long-held documents about the events of November 22, 1963: he thinks the government of the United States has something to hide.

WhoWhatWhy has previously reported on the government’s continuing refusal to declassify a trove of still-secret records from that day—even though its fiftieth anniversary has come and gone. The relevant legislation, The President John F. Kennedy Assassination Records Collection Act of 1992, allows an independent agency known as the Assassination Records Review Board to postpone the declassification and release of as many as 50,000 remaining records until October 26, 2017.

Even then, the president may choose to maintain the classification…indefinitely.

Why such secrecy around a murder in which the so-called lone gunman—Lee Harvey Oswald—has already been identified?  Is it possible those records contain evidence of something more complicated—and potentially embarrassing to someone in power?

In an attempt to spread the word about this issue, Golovin took his case to Washington’s Kennedy Center, where the political, economic and cultural elite gather for high-profile events in an institution honoring the 35th president.

As it turns out, the crowd was mostly bewildered when Golovin showed up in December with a placard quoting President Kennedy: “One person can make a difference, and everyone should try,” Guards ordered him to turn off his camera recording his attempt to draw attention to his cause, and then threw him out.  Here is a clip of video documenting his action.

Golovin plans another protest at the Center on July Fourth and says he hopes many others will join him. But it is far from clear that those who visit a building honoring John F. Kennedy’s life care to listen to those demanding answers about his death.