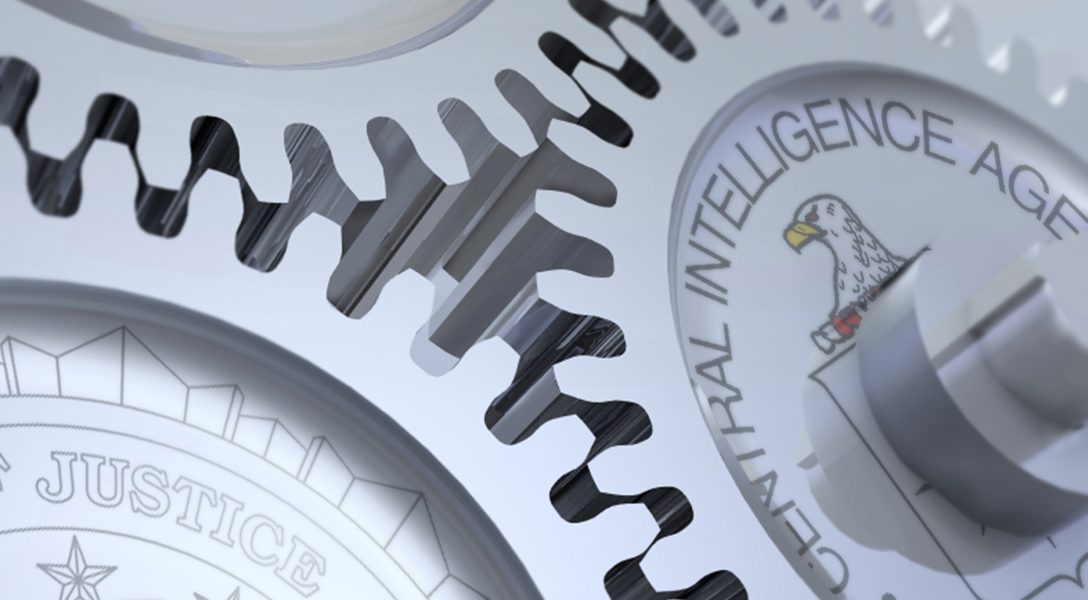 The JFK Files: New Light on Oswald and Mexico City

Those with a stake in avoiding the truth about John F. Kennedy’s assassination want you to believe Lee Harvey Oswald was a lone nut. If you won’t accept that, they have a fallback position: “It’s even worse. He was working for the commies.”

That “alternative” scenario revolves around a purported Oswald trip to Mexico City in the months before Kennedy’s death, when he allegedly visited Soviet and Cuban missions, met with a handler and sought his escape path to his beloved USSR.

There’s just one problem with this narrative. It probably isn’t true.

While the full truth has not yet surfaced, hints of the real story can be gleaned from long-buried documents recently released by the National Archives.

Connecting all the dots is a challenge, even for investigators who have devoted their lives to this task. But progress continues to be made in shining light on what may be history’s most consequential unsolved murder.

Here is the latest from this investigatory front.

Twice over the past week-and-a-half, the National Archives posted new documents as mandated by the President John F. Kennedy Records Collection Act of 1992. First came 676 records and then a whopping 13,213 more. While WhoWhatWhy’s special JFK Records Team has just begun probing this trove for new revelations, preliminary results are intriguing.

Jefferson Morley, author of a just-published biography of the CIA’s longtime counterintelligence chief James Angleton, points out a telling code name on an Agency cable dated October 8, 1963. The cable was sent from the Mexico Station Chief, Winston Scott, under the subject heading LCIMPROVE. As first defined by the CIA for the House Committee on Assassinations in 1978, this cryptonym specified “counter-espionage involving Soviet intelligence services worldwide.” That was Angleton’s domain, and the Scott cable specifically described contacts between Oswald and Consul Valery Kostikov at the Soviet embassy in Mexico City.

As the CIA’s internal 23-page report on Oswald’s stay in Mexico (104-10004-10199) puts it: “it is believed that [Kostikov] works for Department 13 of the KGB, the Department charged with sabotage and assassinations.” This (continued CIA officer “GPFLOOR” in his internal report from the Mexico Station) was “a particularly sinister aspect of OSWALD’s dealings with the Soviets in Mexico City.” The report was dispatched on December 19, 1963, to C/CI [Counterintelligence] from John Whitten of the Western Hemisphere Division, who initially handled the CIA’s investigation in-house.

Surely, James Angleton saw this report, as well as Scott’s pre-assassination cable. Yet, more than curiously, the day after Scott’s October 8 cable was sent, senior FBI agents removed Oswald’s name from a list of persons of interest to the Bureau. Although the FBI had interviewed Oswald on a number of occasions after his return from the USSR in June 1962, suddenly he was no longer deemed worthy of close scrutiny. Had the FBI gotten word from Angleton’s branch of the CIA? The CIA intercepted a call to the Soviet Embassy in Mexico City.
Photo credit: Adapted by WhoWhatWhy from Max Pixel, Alex Covarrubias / Wikimedia and US Department of State.

We haven’t yet seen FBI files related to that decision — which was effected only six weeks prior to the assassination — but we do know that Jane Roman of Angleton’s staff went on to receive and initial an FBI report concerning Oswald on November 15. It came from senior agent Warren DeBrueys of the FBI’s New Orleans office, stating that Oswald had returned from Mexico City and was living in Texas. Angleton’s staff had been closely monitoring Oswald since his alleged defection to the Soviet Union in 1959.

The Mexico City story has long been a jigsaw with numerous loose ends. The Warren Commission Report, for example, mentioned Kostikov in passing as “one of the KGB officers stationed at the embassy.” In the late 1970s, when author Anthony Summers interviewed two Cuban officials said to have seen Oswald at their embassy, neither remained certain he was actually the man who’d come there demanding a visa on September 27.

So what are we learning now?

The post-assassination chronicle by GPFLOOR (headed “We Discover Lee OSWALD in Mexico City”) led off with a description of a phone call the CIA’s Mexico station intercepted on October 1, with Oswald using his own name and speaking broken Russian. He talked to the embassy guard, Obyedkov, “who often answers the phone.” Oswald said he’d visited the embassy a few days earlier and spoken to a consul whose name he’d forgotten but “who had promised to send a telegram for him to Washington. He wanted to know if there were ‘anything new’….

“OBYEDKOV replied: ‘KOSTIKOV; he is dark.’ OSWALD replied: ‘Yes, my name is Oswald.’ The Soviet excused himself for a minute and then said they hadn’t received anything yet….OSWALD started to say: ‘And what…,’ but the Soviet hung up.”

Although the report identifies Ivan Ivanovich Obyedkov himself as “believed to be a KGB man,” it goes on to say:

[It is] most likely that OSWALD’s dealing with OBYEDKOV and KOSTIKOV was nothing more than a grim coincidence, a coincidence due in part to the Soviet habit of placing intelligence men in the Embassies in positions where they receive a large portion of the visitors and phone calls. All of the five consular officers in the Soviet Embassy are known or suspected intelligence officers. Certainly if OSWALD had been a Soviet agent in training for an assassination assignment or even for sabotage work, the Soviets would have stopped him from making open visits and phone calls to the Soviet Embassy in Mexico after he tried it a couple times. Our experience in Mexico, studying the Soviet intelligence service at close range, indicates that they do make some mistakes and are sometimes insecure in their methods, but that they do not persist in such glaring errors.

So someone on the ground with the CIA in Mexico quickly dismissed the importance of the Oswald-Kostikov link. Shortly thereafter, Angleton took the in-house investigation away from Jack Whitten, and gave direct oversight to Birch O’Neal, who ran the Special Operations Group inside Counterintelligence that controlled Oswald’s “201” file upon his alleged defection in 1959.

This much we already knew, from a transcript released in 1993 of a phone call that FBI Director J. Edgar Hoover made to President Lyndon B. Johnson shortly after the assassination. “We have up here the tape and the photograph of the man who was at the Soviet Embassy using Oswald’s name,” Hoover said. “That picture and the tape [sent by the CIA] do not correspond to this man’s voice, nor to his appearance. In other words, it appears that there is a second person who was at the Soviet embassy down there.” The CIA had taken photographs of a man outside the Cuban and Soviet consulates, initially identified as Oswald; these photos were sent to Dallas authorities on November 22. The agency was concerned then, and later, that these images now known as the “Mexico City mystery man” might become public.

A 124-page “Mexico Chronology” (104-10013-10004), also included in the November 9 document release, covers the period from before the assassination through the early stages of New Orleans District Attorney Jim Garrison’s investigation. On May 8, 1967, a memo from “Riggs” at CIA headquarters to the Mexico City station questioned: “In view of recent reopening of the publicity regarding OSWALD and WOFACT evidence, Hqs would like to determine whether the Station still has on hand the negatives from which the prints available at Hqs were made of the unidentified ‘mystery man’ coming out of both the Sov and Cub embassies. If they are still on file, it is requested that they remain so, and that they be forwarded HQs for retention rather than destroyed if the latter action is ever contemplated.” Mexico Station chief Win Scott said he personally checked on May 27 “and negatives are in LIMITED [sic?} photo chrono…for 1 Oct 63.”

Prints were then forwarded to headquarters “of a person leaving the Soviet Embassy,” the negatives remaining in the Station files. And on June 26, headquarters wrote to Mexico again that it “also has a photo taken in front of Cub Emb of a man who appears to be identical with the ‘mystery man.’ The date written on the back of this print is  ‘15 Oct 63.’ We have no record of a transmittal dispatch number, only an indication it was forwarded here by your Station … Hqs assumes that you also have the negative.” The Station responded that it did, “filed in LIONION photo Chrono.”

After Winston Scott died suddenly in 1969, James Angleton flew immediately to Mexico City to retrieve the contents of his safe.

Two years earlier, soon after Garrison embarked on his investigation, there had been this on March 6: “MEMO from LICOMET-2 to José (Piccolo) — Attached is a clipping from the publication LUMINERE page 8, of Sol de Mexico, 4 Mar 67: Surveilled OSWALD in Mexico, but Not in Dallas. CIA agents take note, in Mexi airport, of travelers to and from Cuba. The counter-espionage service of the CIA photographed OSWALD when he arrived in Mexico and sent the info to the FBI, emphasizing the fact that OSWALD was in contact with the Sov and Cub Embassies in Mexi.” What are we to make of it all? We don’t know who LICOMET-2 was, though we do know Joseph Piccolo had been a case officer in the Cuban branch of the CIA’s Western Hemisphere Division. But was Angleton’s corner of the CIA in cahoots at the time with Hoover’s FBI? And what of David Atlee Phillips, who was running the CIA’s Cuban operations in Mexico City at the time of the assassination — the man in charge of photo and audio surveillance of Cuban diplomatic offices there.

We haven’t learned much from the 358-page “OP” file about Phillips, which was released on November 3. Indeed, there isn’t a single record dated between 1961 and 1965. Not redacted, simply not there. We do learn from later “Fitness Reports” that Phillips was promoted to Operations Officer undercover in Mexico City on September 29, 1963 — coinciding with all the strangeness surrounding Oswald’s visit. Before that, according to a 1961 memo about Phillips, “His next assignment would be a normal field tour in Mexico City, after which he would be assigned to the CA Staff to develop what might best be termed ‘ideological warfare.’”

In a file dated August 5, 1965, a notification of personnel “Reassignment,” Phillips’s previous title is listed as “Chief of Station” in “Mexico City, Mexico.” Yet, as far as was previously known, that post had been held between 1955 and 1969 by Winston Scott.

Clearly something very strange was going on in Mexico City in the months leading up to JFK’s assassination. A man claiming to be Lee Oswald, who apparently looked nothing like him and could barely speak Russian, was making what can only be described as attention-grabbing trips to the Soviet and Cuban consuls. Both the CIA and the FBI were well aware of this during the immediate aftermath of the assassination.

So ask yourself this question: Why would someone who wasn’t Oswald pretend to be Oswald and run around visiting Soviet and Cuban embassies? Could it be that someone was trying to set up Oswald to make it look like he was working with the “commies” to kill Kennedy? If anyone wanted an excuse to start a war with Cuba and the Soviets, this was an opportunity served on a silver platter.

Here’s a follow up question: Why aren’t we hearing more about this in the mainstream media? Instead, we’re hearing the same game-plan story that was trotted out in November 1963 — if Oswald wasn’t a lone-nut, then the Cubans and the Soviets were behind it. Anything but the possibility that powerful Americans conspired to violently remove a sitting president.