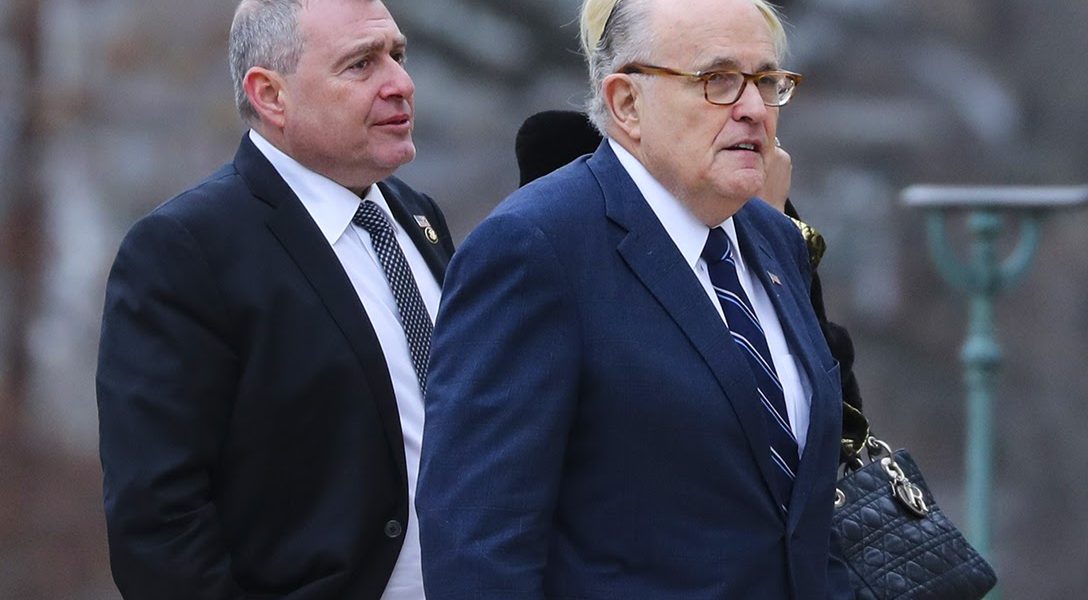 It’s a small thing that may not get a huge amount of attention, but it seems significant.

A writer for an iconic, conservative news and opinion publication has leveled a new charge at Trump, based on revelations over the Ukraine affair and the role of operative Lev Parnas.

Writing today in the National Review, under the headline “What Kind of President Trusts Two Shady Ukrainians from South Florida?”, senior political correspondent Jim Geraghty surveys the trainwreck and asks:

He then totes up the remarkable antics of Parnas and his sidekick Igor Fruman, in concert with Rudy Giuliani and, of course, Trump himself.

You would like to think that even if the president of the United States decided to go through with a back-channel inquiry to the Ukrainian government to see if he could get them to investigate the Bidens, he would take one look at Lev Parnas and Igor Fruman and say, “Whoa, whoa, whoa. These guys look like the most oafish henchmen since Jeff Gillooly and Shawn Eckardt went after Nancy Kerrigan. You wouldn’t trust these guys to pick up a take-out lunch order, much less use them to execute a secret and politically sensitive request of a foreign government.” [Bold face added for emphasis.]

Democrats are going to push for impeachment, contending the inquiry into Hunter Biden was improper and a partisan witch hunt, that Trump jeopardized the security of Ukraine, and that he stretched executive privilege beyond all recognition by refusing to cooperate with any of the House’s inquiries.

They’re overlooking a much simpler and more persuasive argument. A president who entrusts sensitive duties to the likes of Parnas and Fruman is incapable of recognizing when someone is trying to con him — even an amateur and buffoonish attempt to fool him. And that’s a really dangerous person to have in the Oval Office. [Bold face added for emphasis]

So, there it is: Forget everything else about Trump. The lies. The self-serving behavior. The disastrous policies.

Here we see just how poor his judgment is. And that’s one thing there is no recovering from.

Once GOP mainstays like the National Review get really, deeply, publicly worried, well… there just isn’t going to be enough of a base to sustain Trump in November.

It also is a warning shot across the bow of Republican senators planning to quickly acquit the president.