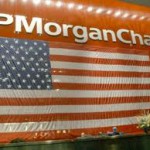 HOW NOT TO HONOR OUR TROOPS: Obama, Daley, Chase and the Military This week, NBC News ran an important report about improprieties at a particularly well-connected bank. According to NBC, JP Morgan Chase has been forced by a lawsuit to admit that it has been overcharging thousands of military families for their mortgages—and had improperly foreclosed on more than a dozen such families.

Now, news that a bank overcharges for mortgages would seem these days to be a case of “been there, done that.” But Americans don’t like their military families being victimized. And not, especially, when some of the victims are off fighting in Afghanistan. So NBC has a story.

You can watch it here. As NBC says on its website,

The admissions are an outgrowth of a lawsuit filed by Marine Capt. Jonathan Rowles. Rowles is the backseat pilot of an F/A 18 Delta fighter jet and has served the nation as a Marine for five years. He and his wife, Julia, say they’ve been battling Chase almost that long.

…A Chase official told NBC News that some 4,000 troops may have been overcharged. What’s more, the bank discovered it improperly foreclosed on the homes of 14 military families….

…Chase took a few months to lower Rowles’ rate, overcharging the family, Rowles says, by as much as $900 a month. In the fall of 2006, Chase finally began charging Rowles the correct 6 percent rate. For the next year or so, everything went relatively smoothly.

…two years ago, the Rowles family says, Chase began hitting them with collection calls that escalated to sometimes three a day, claiming they owed as much as $15,000.

“Saturday, Sundays, middle of the night. It did not matter if it was a holiday,” Julia said. “Collection calls at 3 in the morning. He would state, “I’m in California. I’m stationed here in  Miramar. It’s 3 in the morning. What are you doing calling me?” “Well, sir, this is an attempt to collect a debt.”

She said they threatened to take the house and report the family to a credit agency, even though the Rowles family didn’t owe the bank anything and never missed a payment.

It’s interesting to consider that one of JP Morgan Chase’s top officials was until just days ago William Daley. Now, however, he’s getting settled as Obama’s new chief of staff. It would be nice if NBC asked Daley, who had $7.6 million worth of Chase stock at last count, what he thinks of these practices as a way of enhancing the bank’s bottom line. Or about how tough he thinks Obama should get with outfits like Chase, which did rather nicely under the bailout.