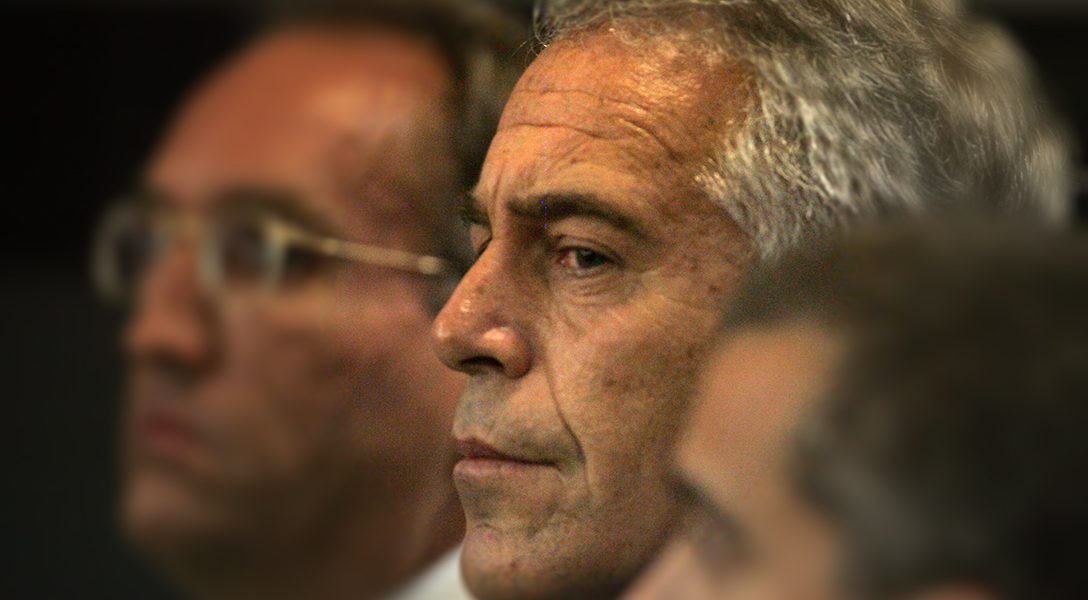 How Epstein Got Rich: Clue Buried in Lawsuit?

People wondering how Jeffrey Epstein acquired his enormous wealth may find a clue on page 5 of the lawsuit, filed — and later withdrawn — by Katie Johnson against Donald Trump and Epstein for allegedly raping her when she was 13 years old.

Tiffany Doe, a material witness named in the lawsuit, had agreed to provide sworn testimony, “fully verifying the authenticity of the claims” of Johnson. Doe said she had been employed by Epstein for more than 10 years as a “party planner” and had witnessed everything described by Johnson.

In fact, it was her job to witness all the sexual escapades that went on in Epstein’s mansions — and to report to him everything she had overheard. He told her “knowledge was king” in the financial world. From page 5 of the lawsuit:

As a result of these underage sex parties, Defendant Epstein was able to accumulate inside business knowledge that he otherwise would never have been privy to in order to amass his huge personal fortune.

It is clear that Epstein did throw wild parties with young women. Did he learn anything from the pillow talk? From the bragging of men trying to impress each other with their inside knowledge of upcoming secret deals? If “knowledge is king” — what about Epstein’s knowledge of who did what to underage girls at his parties? Did Epstein blackmail any of these men?

Vox reported many grounds for doubting the stories of these women. None seem especially compelling, but you should decide for yourself. Here is one they apparently consider the most serious reason to be skeptical — but it is weak:

Most troublingly, a detective who worked with Epstein’s victims called into question a key part of Johnson’s story:

Mike Fisten, a retired Miami-Dade detective who conducted research for several of Epstein’s victims, denied such parties ever even took place.

“Jeffery [sic] never had parties like described in their complaint,” Fisten told me. “Jeffery had sex parties, for sure, with two or three girls … but never with other guys.”

There were men in attendance at Epstein’s more large, lavish affairs, Fisten said, but nothing illicit ever happened at such events.

Fisten is hardly qualified to comment on what took place out of his sight.

For your convenience, here’s a timeline of this tragedy, and links to both lawsuits — one filed in California, one filed in New York, each with different details. Warning: these pages include detailed descriptions of sexual abuse, depravity, and viciousness. They create a vivid picture that may ring true. But you may never know whether that picture is true or not.

April 26, 2016: Johnson, acting as her own lawyer, filed a civil suit in California suing Trump and Epstein for $100 million for abuse that took place from June to September in 1994.

May 2016: Civil suit was dismissed due to a technicality: She had filed a civil rights suit, but failed to state an applicable civil rights claim.

November 2, 2016: A few days ahead of the presidential election, Johnson was apparently all set to appear at a press conference at the law offices of civil rights attorney and TV commentator Lisa Bloom, but she didn’t show up. Bloom explained that Johnson was afraid to appear after having received multiple death threats.

November 4, 2016: Bloom announced that Johnson had dropped her lawsuit.

In 1994, Trump had allegedly threatened to kill Johnson and her family if she ever told anyone what he and Epstein had done to her. Johnson said Trump told her he could make them “disappear” like Maria — a 12-year-old girl Johnson says Trump forced her to have sex with.

And, allegedly, Johnson had again received death threats in November 2016.

We wish that Trump’s all-purpose fixer Michael Cohen had been asked if he knew anything about these threats. Or if he had personally delivered them. But Cohen himself was under threat. He told Congress,

I have asked this Committee to ensure that my family be protected from Presidential threats, and that the Committee be sensitive to the questions pertaining to ongoing investigations. Thank you for your help and for your understanding.