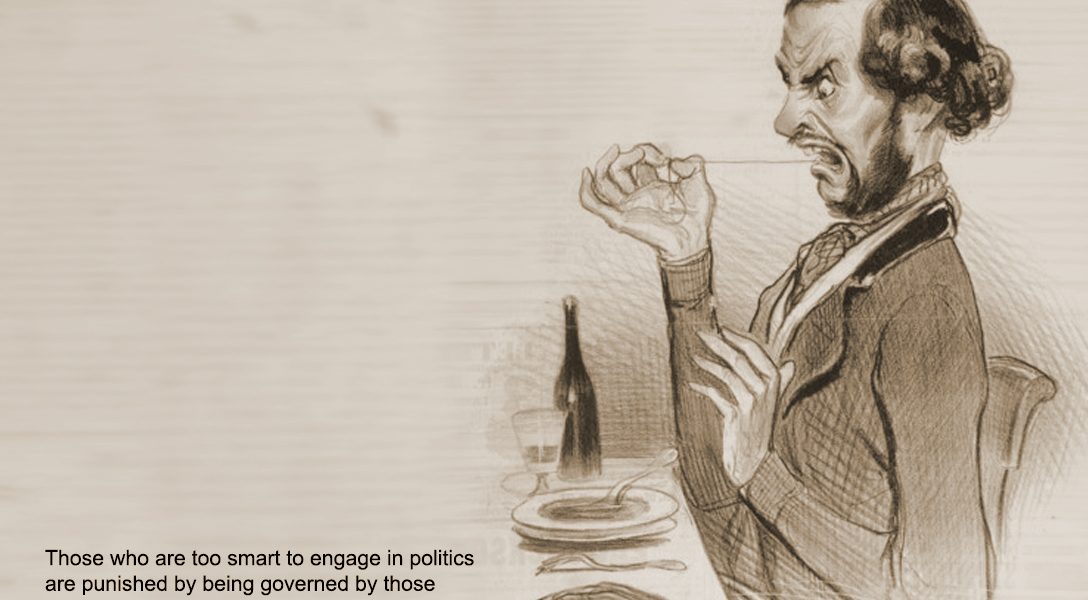 Power and corruption have always been with us, sometimes behind the scenes, and sometimes in your face.

Think of Caligula, emperor of Rome from AD 37 to AD 41. He had absolute power, and indulged in the absolute basest of desires. His wealth, acquired at the expense of others, was obscene. His appetite for sex, no matter how bizarre, was always sated. His sadistic need for entertainment was satisfied by the most gut-wrenching means of torture.

Caligula was also extremely vain and had a temple created for himself, complete with a solid gold, life-sized statue of his image.

But the emperor was obsessed with his hair problems. He was so embarrassed by his premature baldness that he made it a crime — punishable by death — for anyone to observe him from above. On the other hand, his body was carpeted with hair. So hairy was he that people compared him to a goat. Well, Caligula knew how to deal with that as well: He made it a crime — also punishable by death — for anyone to mention a hairy goat in his presence.

Yet Caligula was good to his favorite horse and, had the emperor not been assassinated, he would have made that horse a senator.

Some said his bizarre behavior might have been due to dementia. But if a court physician had found the emperor capable of passing such tests as the ability to distinguish pictures of a lion, a rhinoceros, and a camel — then no doubt he would have declared this to be evidence of great intelligence.

We admit that all of the above may be nothing but rumor, but we don’t find it so hard to believe — we have seen amazing things with our own eyes. Which is why the quotes below will always be relevant.

(Posted originally in 2014, now with many additional quotes.)

Even the best-intentioned of great men need a few scoundrels around them; there are some things you cannot ask an honest man to do. (La Bruyere)

When one gets in bed with government, one must expect the diseases it spreads. (Ron Paul)

Oddly, submission to powerful, frightening, even terrible persons, like tyrants and generals, is not experienced as nearly so painful as is submission to unknown and uninteresting persons — which is what all luminaries of industry are. (Friedrich Nietzsche)

Never attempt to win by force what can be won by deception. (Niccolò Machiavelli)

If we’ve been bamboozled long enough, we tend to reject any evidence of the bamboozle. We’re no longer interested in finding out the truth. The bamboozle has captured us. It’s simply too painful to acknowledge, even to ourselves, that we’ve been taken. Once you give a charlatan power over you, you almost never get it back. (Carl Sagan)

Anyone who can handle a needle convincingly can make us see a thread which is not there. (E.H. Gombrich)

There is nothing more deceptive than an obvious fact. (Arthur Conan Doyle)

In politics, stupidity is not a handicap. (Napoleon)

Revolutionary movements attract those who are not good enough for established institutions as well as those who are too good for them. (Bernard Shaw)

Freedom isn’t free. It shouldn’t be a bragging point that ‘Oh, I don’t get involved in politics,’ as if that makes someone cleaner. No, that makes you derelict of duty in a republic. Liars and panderers in government would have a much harder time of it if so many people didn’t insist on their right to remain ignorant and blindly agreeable. (Bill Maher)

The most effective way to destroy people is to deny and obliterate their own understanding of their history. (George Orwell)

I sit on a man’s back, choking him and making him carry me, and yet assure myself and others that I am very sorry for him and wish to ease his lot by all possible means — except by getting off his back. (Leo Tolstoy)

Nothing appears more surprising to those who consider human affairs with a philosophical eye, than the easiness with which the many are governed by the few. (David Hume)

Power worship blurs political judgment because it leads, almost unavoidably, to the belief that present trends will continue. Whoever is winning at the moment will always seem to be invincible. (George Orwell)

When smashing monuments, save the pedestals — they always come in handy. (Stanislaw Lem)

All truths that are kept silent become poisonous. (Friedrich Nietzsche)