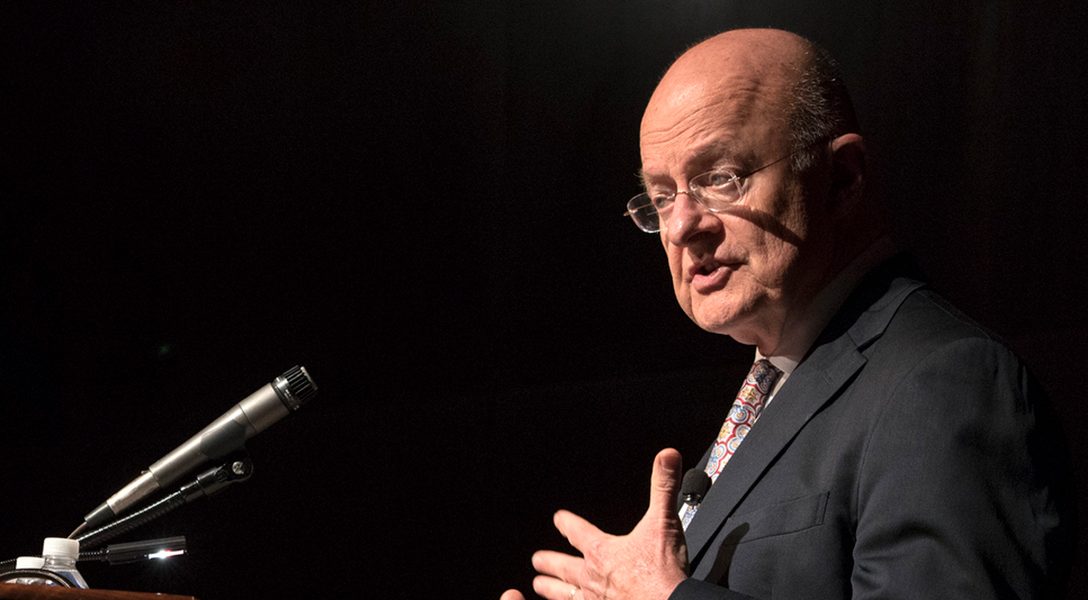 After all, Clapper famously lied to Congress and the American people back in March of 2013. During an open session of the Senate Select Committee on Intelligence, he was asked “Does the NSA collect any type of data at all on millions, or hundreds of millions of Americans?”

“It does not?” the senator followed up.

“Not wittingly,” Clapper testified. “There are cases where they could inadvertently, perhaps, collect, but not wittingly.”

At the time, the exchange attracted little attention. That changed when Edward Snowden’s revelation a year later clearly showed that the DNI lied.

However, lying to Congress clearly wasn’t a fireable offense and Clapper stayed on the job – until he announced that he would resign yesterday.

While the move was expected, Americans should be rejoicing. Sen. Ron Wyden (D-OR), the man who asked the questions during that exchange with Clapper in 2013, certainly seems happy.

“Regardless of what was going through the director’s head when he testified, failing to correct the record was a deliberate decision to lie to the American people about what their government was doing,” Wyden said in a statement. “And within a few months, of course, the truth came out.”

The senator added that “senior intelligence officials engaged in a deception spree regarding mass surveillance” during Clapper’s tenure.

“I urge the next administration to take a different approach and reject the use of secret law that has been all too common in recent years,” Wyden said. “In America the truth always comes out eventually, and when it does, Americans have proven time and again they will be outraged at the government agencies, officials and politicians who allow secret and expansive interpretations of the law.”