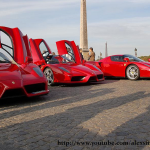 Getting Real on Budgets—and Who Won’t Budge If you’re like me, the word “budget” brings to mind a nice nap.

Still, it’s those snoozers that invariably have the most profound consequences for all of us. And now, with the federal debt debate raging, is the time to make a strong cup of coffee, rub your eyes, and focus.

Here’s a new report from the Institute for Policy Studies’ Program on Inequality and the Common Good. You’ve probably heard some of these statistics, and some of these ideas. But not all—and this is the moment where it all comes together.

The authors say that the shutdown talk was never necessary, not if we were talking about the right things.

The United States is a wealthy society. But our wealth has pooled at the top.

• We face mammoth state and federal budget cuts because we have, in large part, failed to sufficiently tax America’s millionaires and prevent aggressive tax avoidance by multinational companies.

• Wealth and income have concentrated in the United States at incredibly rapid levels. The richest 1 percent of households own over 35.6 percent of all private wealth, approximately $20 trillion. The number of households with incomes exceeding $1 million has grown from 15,753 in 1961 to 361,000 today, adjusted for inflation. This is a 968.4 percent increase, while the U.S. population only grew 69.3 percent over this same 50-year period.

• As wealth and income have become increasingly concentrated in the hands of a few, middle class living standards have imploded, due both to wage stagnation and the deterioration of public services and investment. Poverty has remained persistent — and even worsened. As a result of the economic meltdown, the number of Americans living in poverty has spiked to the highest level in 15 years.

Our tax system now raises proportionately less from affluent taxpayers and large corporations than it did 50 years ago in 1961, the year President Barack Obama was born.

• If households with income over $1 million today paid their federal income taxes at the same rate that comparable households paid taxes in 1961, we would this year raise an additional $231 billion.

• If U.S. corporations paid at the same effective tax rate that they paid in 1961, the additional tax revenue would total $485 billion.

These five tax revenue reforms could raise a total of as much as $4 trillion over the next decade:

• Revamp the estate tax to include progressive rates: $25 billion a year

The authors of the report know what sort of response to expect, and anticipate it:

Critics of the proposals we present here would, if these ideas gained political momentum, no doubt howl “class warfare” and dub these initiatives “job killers.” Some would argue that government shouldn’t be in the business of “picking winners” in the economy.

But our current tax policy is already picking winners every day. Our government is subsidizing practices that are burning up the earth with climate change — and freezing out the regionalized green businesses of the future. We’re rigging the tax rules to benefit the wealthy and global corporations at the expense of everyone else.

Until we as a nation reverse the Great Tax Shift, we will be debating — and likely imposing — totally unnecessary and avoidable austerity measures at every level of government. We will keep on firing teachers, police officers, and mental health workers instead of ending the games that corporate tax dodgers play and insisting that all Americans, including the most affluent, contribute to our national well-being.

The Center on Budget and Policy Priorities already reports that more than 46 states have imposed severe budget cuts that hurt vulnerable residents and endanger economic recovery. Now we face almost unimaginably deep cuts at the federal level as well. As a nation, we can — and we must — do better.

Whatever you make of this proposal—like it, hate it, or somewhere in between, it’s something worth discussing.  If you are one of the lucky ones who has been blessed, fairly or not, with the benefits this country, its people and its economy can bestow, you might well ask—what have I done in return? And—whether or not I like these measures (and who does like paying more for anything than they have to)—why don’t I step up and do the right thing? After all, I can afford to.

Many Americans beat their breasts and argue that they contribute enough through getting up in the morning and doing what they do. Taxes are bad, period, they say. It’s all a waste and a rip-off and lazy people taking my hard earned money. Government is inherently sinister and oppressive.

That’s really a uniquely American perspective, and doesn’t in any way reflect the reality of the need to pay for things we all use—things that in many ways benefit the wealthy far more than they’d like to admit.  Still, the resistance to taxes has a hugely powerful place in the national psyche, and the emotional tug is profound.

So, no, you don’t need to concede anything at all if you don’t want to.