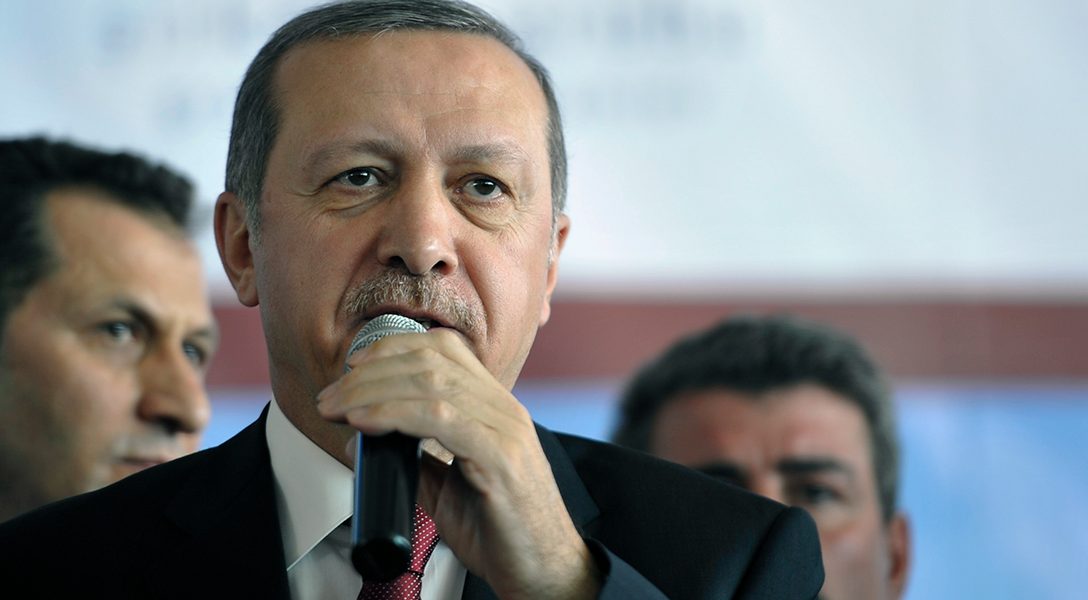 US President Donald Trump was the first (and so far, to the best of our knowledge, only) Western leader to congratulate his Turkish counterpart Recep Tayyip Erdogan on Monday on acquiring virtually dictatorial powers. But while the commanders-in-chief of NATO’s two largest armies may share a common authoritarian impulse, Trump may yet come to see Erdogan as a bad role model. Experts say the Turkish president’s proclamation of victory in Sunday’s referendum could bring short-term stability in NATO’s Middle Eastern anchor, but the future of this deeply divided country looks far from stable.

On Tuesday night, hundreds gathered under a drizzle for a third evening in a row in the central areas of Istanbul and other Turkish cities. They were responding to widespread claims of fraud in the vote that granted Erdogan’s sweeping executive powers. The protests appeared to be growing, having spread to some 11 cities and 30 locations on Tuesday, an opposition media activist told WhoWhatWhy.

The European Commission on Tuesday urged “transparent investigations.” The main opposition filed for an annulment of the referendum, maintaining that at least 1.5 million unstamped ballots had been deemed valid in a breach of established procedure. According to a Reuters report, that number could be as high as 2.5 million. In comparison, the “Yes” campaign won by just 1.3 million votes, or 51.4% against 48.6%, according to the latest, still-unofficial results.

“Late changes in counting procedures removed an important safeguard [of the authenticity of the vote],” the OSCE elections watchdog reported in a press conference on Monday afternoon. Charging that the referendum “did not live up to Council of Europe standards,” the report noted that voting “took place on an unlevel playing field and the two sides of the campaign did not have equal opportunities.”

There was little unbiased media reporting inside the country, whose mainstream media have been largely taken over by the government; even the physical safety of “No” campaigners was at times compromised.

CHP Spox: despite 100+ workers from 3 Kurdish villages being elsewhere for work, their ballot boxes were 100% full: https://t.co/WFdzLj2tqe

Social media are abuzz with alleged evidence of fraud; a prominent pollster said he was leaving the business because either the vote was rigged or he was incompetent, and in either case “there is no sense in doing polls.”

“I’m 100% sure that the results are tainted,” he added in an interview with the daily Hurriyet.

Still, few appear to believe that much would come of the complaints lodged by the opposition parties, since the government controls the courts. The protests, which have so far attracted crowds in the hundreds, are also unlikely to challenge Erdogan: the police are out in force and people here have vivid memories of the 2013 Gezi Park mass protests, which were brutally crushed.

“My prediction is that Turkey will consolidate its authoritarianism,” an Oxford University researcher who is performing a field study in Turkey and asked not to be identified, told WhoWhatWhy.

But Erdogan, who responded to the OSCE preliminary report by accusing the watchdog of a “crusader mentality,” has few reasons to celebrate. He needs to stay in power in order to continue to suppress a corruption investigation that he stopped in its tracks by firing police and prosecutors in 2014. Following a failed coup last year, Erdogan is reportedly dependent on a group of nationalist army and security officers sympathetic to Russia. (WhoWhatWhy wrote more extensively about his insecurities and dilemmas in the run-up to the election in a separate article.)

The Oxford researcher added that the outcome of the referendum was not only a bitter irony for the ruling AKP party, which started off in the 2000s as a moderate Islamist anti-authoritarian project, but also a blow to stability in the entire Middle East, where moderate Islamist movements seeking to challenge homegrown dictatorial regimes have long held up Turkey as a role model.

“What we’ve seen over the past five or so years in Turkey, is that Turkey has been in a transitional period of de-democratization, and those transitional periods are quite unstable, regardless of whether a country is moving towards or away from democracy,” the researcher said.

“And when a country exits from that period of transition and consolidates itself, either as a democracy or as a dictatorship, it often appears, at least on the surface, as more stable. But how sustainable is that stability… when it rides on the back of tearing apart Turkey’s social fabric? I think the smart money says, that’s not sustainable stability.”

While government supporters celebrated and cheered on the streets, their joy was diminished because for the first time in over 20 years, Erdogan lost in Istanbul, Turkey’s largest city, where he started his political career as mayor.

The “No” vote also carried Turkey’s two other major cities, the capital Ankara and the opposition bastion of Izmir. Many of the “Yes” votes came from smaller towns and remote areas where it was more difficult to observe the ballot boxes.

Can Dundar, a prominent Erdogan critic and former editor-in-chief of the Cumhuriyet newspaper, who is wanted in Turkey on charges of revealing state secrets, spoke to Die Welt from his exile in Germany. He said it was a “Pyrrhic victory” — meaning that the cost of the victory was so great it is tantamount to defeat. He also said it is “the beginning of the end of the Erdogan era” if the opposition can maintain its unity. Opposition activists on the ground offered similar perspectives.

Erdogan won’t be able to assume his full executive powers until the next presidential election, scheduled for 2019. A key topic to watch between now and then would be the Turkish economy, whose boom during the early period of Erdogan’s 15-year rule, as the Oxford researcher put it, was the most logically sound reason people voted “Yes.” (The researcher listed two others: blind faith in the leader and belief in anti-Western conspiracy theories.)

But the economic boom that Turkey enjoyed back when Erdogan was still a democrat praised by the West has since fizzled. Today, experts say the Turkish economy is in serious trouble, despite possible short-term gains fueled by the promise of stability.

Turkey has been on Morgan Stanley’s list of “Fragile Five” emerging economies, those most in danger of a currency crisis, all the way since 2013. The US dollar has gone up about 30% against the local currency in the past year, piling pressure on businesses whose debts are denominated in foreign currencies. Though the Turkish economy grew some 2.9% in 2016, beating the expectations of many analysts, the latest data, released on Monday, showed that unemployment hit a seven-year-high in January, at 13%.

Cenk Sidar of Sidar Global Advisors, a Washington, D.C.-based strategic advisory firm, explained in an email to WhoWhatWhy shortly before the vote: “Turkey has been facing various structural problems, including but not limited to high unemployment, a high current account deficit, and unsustainable dependence on foreign capital inflows. … Bad foreign policy decisions, erosion of institutions, mistrust in the judiciary system, and a growing tilt toward authoritarianism have all contributed to the current poor performance of the lira.”

Other weaknesses include an excessive reliance on consumption and low value-added sectors such as construction.

“Economic growth can only be achieved by reforms that increase productivity, rather than policies that boost demand,” the Turkish Industry and Business Association said in a statement on Monday. The largest business organization in Turkey, it also called for safeguarding freedoms and pluralism, as well as for increased ties with the European Union.

“People are still shy to call it, but I believe Turkey is in the midst of a major economic crisis that has been evolving throughout the past five years,” Sidar said.

Some still hope against hope that Erdogan will perform another U-turn and go back to being a reformist and a democrat, or that the election result will be cancelled and the “No” vote will prevail. But for many observers, the more meaningful question is whether he will be able to transition Turkey to a one-man regime and keep the economy afloat at the same time.

Since early parallels between Erdogan and Trump run far and deep, it will be a hot topic also for Americans, who will face a similarly contested election in 2020, just a year after Turkey’s.