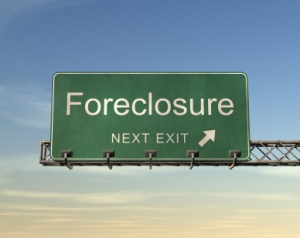 This just in: Not everybody working for the Fed is evil. And some of them had a pretty great idea for solving the housing crisis. But their concept was not adopted…..

In January, 2009, just as Barack Obama was taking office, economists at the Federal Reserve Bank of Boston presented some suggestions for dealing with the mortgage crisis. Their proposal, posted to the Boston Fed’s website at the time, called for direct aid to the public, rather than to banks.

Their “Proposal to Help Distressed Homeowners” fell on deaf ears. (This report was brought to our attention by the New England Complex Systems Institute, whose faculty one of the Proposal’s co-authors has joined.)

The report essentially questions the logic of bailing out banks reeling from bad home loans, rather than rescuing the homeowners themselves. It is important and worthy of discussion. Among other things, it implicitly draws attention to the extent to which federal policy is driven by narrow interests, rather than serving broader public needs.

Had Washington stepped in and provided direct loans or grants to the most vulnerable of homeowners, those people might have been able to stay afloat through temporarily difficult circumstances. (It’s not like people wanted to lose their homes.) And even the bankers would have benefited from this.

Instead, bailout funds went to perpetuating the status quo and enriching the very people whose irresponsibility played a key role in creating the economic crisis.

I called Jeff Fuhrer, a co-author of the report and Executive Vice President and Senior Policy Advisor of the Federal Reserve Bank of Boston. He explained that the report had been produced in late 2008, just as the bailout that did go through, TARP, was being signed into law by George W. Bush. The report would have been an alternative. It also was attractively simple…and logical—exactly what we want government programs to be.

Fuhrer and his colleagues estimated that having Uncle Sam step in to keep people in their homes would have cost $25-50 billion, a pittance compared to the bank bailouts of $700 billion, plus a whole lot more in short-term loans. (On the positive side, much of the bailout money has now been repaid. Of course, it’s also likely that ordinary people would be inclined to pay back such monies.)

The Boston Fed economists offered policymakers two options: loans and grants. Applicants would have to show that they had negative home equity (mortgage more than home value), and that they had suffered significant income disruption. The homeowner would no longer have to interact with the entity that made the original loan, and that entity would have no basis –or reason—for foreclosing.

By comparison, the Obama administration’s flagship program to help homeowners, HAMP, was quite a different thing: very modest help, rendered permanently.  This typically involves a reduction in principal or interest—or both—but not necessarily enough to keep people in their homes. Some of these loan modifications reduced mortgage payments by about a quarter, but that ordinarily isn’t enough to prevent home loss for someone with no income coming in. Plus, the program was designed to help the lenders, who could just choose to foreclose if they found it more advantageous than working things out. Fewer than 200,000 mortgages have been permanently altered under HAMP, and it has generally not helped the unemployed.

What folks need, instead, is meaningful help for the period in which they’re in crisis. As the report notes, research shows that most people who are underwater with their homes ran into a double-whammy: negative equity in a property whose value has declined, and an adverse, life-changing event like job loss. People who suffer one or the other are usually able to handle their mortgage payments, but job loss plus a steep decline in home value spells disaster for most.

The proposal by the Boston Fed economists would have solved this problem: after rigorously determining eligibility, the government would directly make a significant portion of the distressed homeowner’s mortgage payment, and then either loan the rather minor interest on that amount to the homeowner or make it a grant. Later on, under the loan formulation, when homeowners had recovered, and presumably found employment, they would begin repaying the government. These loans/grants would not exceed a couple of years.

From a political standpoint, a simple, understandable program that keeps people in their homes and doesn’t turn into a permanent bailout is a winner.

Today, with even more of an aversion toward spending public funds on anything at all, Fuhrer and his colleagues are talking up a drastically reduced homeowner relief package. This would require that lenders work out something livable for the duration of a person’s unemployment or significant reduction in ability to pay.

Fuhrer explained that private lenders could initiate such forbearance if they wanted to, but mostly don’t.  However, if Uncle Sam got involved, the government would have leverage over Fannie Mae and Freddie Mac, which hold most of the outstanding mortgages, and, in addition, it could if necessary guarantee all approved loans.

The average mortgage payment is $1400 a month, or close to $17,000 a year—a huge sum to someone who has lost their job. But the actual cost to service a loan to cover those payments is just about $400 a year. Thus, even if you’re providing $400 a year to two million people, the total bill is around $800 million, practically pennies compared to what the banksters got.

The way I calculate it, granting homeowners on the verge of losing their houses $400-800 sounds like a better way of stabilizing the economy than the current “solution,” giving an average of $1000 through payroll tax reductions to people who already have jobs and houses.

Lots of people have ideas on what should have been—or should be—done. But when top thinkers at a major Federal Reserve Bank carefully research and propose them, that’s a different kind of news. Yet neither the government nor the media seem to have taken it seriously.

I don’t follow the math here. How does providing $400 a year to two million people save homes?

I keep scanning stories like this to discover whether or not anyone anywhere at any time has seriously investigated the money that is missing from the forced HOME LOAN INSURANCE LAW that each and every home buyer for a first time loan or a loan that was out of sync with a 20% formula had to have.  Mortgage holders believed that this fund would replace the lost money to the banks in the case of loss.  Why was nobody sent to prison for absconding with these funds?  More importantly, why has no body investigated and done a story on this aspect of this financial event?

There is a LOT OF MONEY paid into the HOME MORTGAGE INSURANCE PROGRAM.  And it was not paid out; instead the people of the USA were forced without consent to back up the loss of mortgage income to the banks, that loss PERPETRATED BY THE BANKS in the first place by artificially TORPEDOING OUR ECONOMY into the drink by moving our economic base overseas.

Still the only people jailed are petty criminals and drug abusers, and an occasional psychopath, leaving the rest of the psychopaths to rule the nation.

Yes, we bailed out the wrong people – banks, instead of homeowners. But there are two things wrong with the article:
(1)  Number of bad loans – 3 million – is too low. There have been about 5 million homes foreclosed since the housing market crashed. Mortgage Bankers Assoc. data say that 12.5% of all loans are currently in foreclosure or at least one month past due – 12.5% of about 50 million mortgages equals 7.5 million more bad loans. CoreLogic estimates about 11.1 million homes are in a negative equity position, so to really fix the financial crisis we probably needed to help out at least 15 million homeowners (forgetting about the moral hazard problem.)

(2) Remember that credit markets were frozen in September 2008. What Bernanke and Paulson did – direct infusions of cash to the banks – worked a lot quicker than what these Fed economists were suggesting.

The problem was that we got nothing in return for our investment in the failed banks. We should have taken majority equity positions and then forced them to be broken up once the crisis had passed. Too Big To Fail is Too Big To Exist!

Have you lost your home or know someone who did? What is your take on this?

Thanks for the work WhoWhatWhy does on a daily basis.  I’m much obliged.

I’ve been asking this over at naked capitalism, and it’s pertinent here, too: Is this what one of our classic Perkinsian economic hit jobs looks like up close and personal?

After all, faking data and building debt-based monstrosities isn’t an aberration for EHM, it’s what they do, right?

Can you make some guesses as to who are the EHM in the neighborhood?  IOW, who are our home-grown Chicago Boys?

~~~~~~~~~~~~~~~~~~~~~~~~~~
So, this plan was cooked up — it was between the head of USAID’s Chile office and the head of the University of Chicago’s Economics Department — to try to change the debate in Latin America, starting in Chile, because that’s where developmentalism had gained its deepest roots. And the idea was to bring a group of Chilean students to the University of Chicago to study under a group of economists who were considered so extreme that they were on the margins of the discussion in the United States, which, of course, at the time, in the 1950s, was fully in the grips of Keynesianism. But the idea was that there would be — this would be a battle to the — a counterbalance to the emergence of left-wing ideas in Latin America, that they would go home and counterbalance the pink economists.

And so, the Chicago Boys were born.  And it was considered a success, and the Ford Foundation got in on the funding. And hundreds and hundreds of Latin American students, on full scholarships, came to the University of Chicago in the 1950s and ’60s to study here to try to engage in what Juan Gabriel Valdes, Chile’s foreign minister after the dictatorship finally ended, described as a project of deliberate ideological transfer, taking these extreme-right ideas, that were seen as marginal even in the United States, and transplanting them to Latin America. That was his phrase — that is his phrase.

“A project of deliberate ideological transfer;” sounds like PSYOP to me.  Isn’t the same obviously being done right here at home?  If WhoWhatWhy has been using the Perkinsian econ hit job as an heuristic, would you be so kind as to link?  Not sure how to search for them.

I bow in your virtual direction ;)