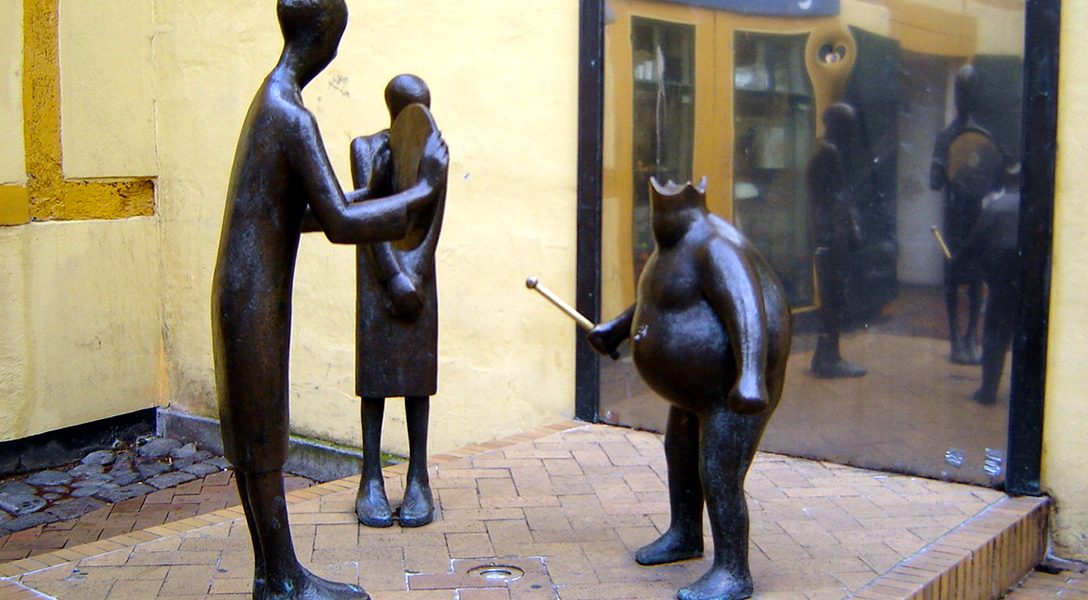 Drunk With Power — Quotations and Context for the Trump Era

The people who work for President Donald Trump have a tricky job to do: They must, in effect, act as dry cleaners for the emperor’s new clothes.

But how long the illusion will last in view of recent events — Bob Woodward’s new book, Fear: Trump in the White House, the unflattering op-ed on Trump in the New York Times, and the Washington Post’s announcement that, in 601 days since Trump assumed office, he has made 5,001 false or misleading claims — is hard to predict. Nevertheless, the president continues to repeat these claims.

John Brennan, director of the CIA from 2013 to 2017, has said Trump is “drunk on power.” Last month we posted a collection of very interesting quotations on the most extreme end results of the abuse of power, fascism.

Power can be abused easily.

Former FBI director James Comey gave a speech at the Holocaust Memorial Museum on April 15, 2015, in which he explained why he required every new FBI agent and intelligence analyst to visit the museum:

I want them to see that although this slaughter was led by sick and evil people, those sick and evil leaders were joined by, and followed by, people who loved their families, took soup to a sick neighbor, went to church, and gave to charity.

Good people helped murder millions. And that’s the most frightening lesson of all — that our very humanity made us capable — even susceptible — of surrendering our individual moral authority to the group, where it can be hijacked by evil.

We have seen ugly manifestations of this phenomenon in the US and elsewhere, but they always seemed contained, and rejected by the mainstream if not by the president. Yet, here and there are little symptoms of it in unexpected places — like the first little pustule of a pox on an otherwise clear face. Such as the presence of ads put out by a Holocaust-denying organization — on BART transit stations in San Francisco. Slick electronic ads on big mounted screens — not graffiti — in a public place, for a benign-sounding “Institute for Historical Review.” What they mean by “Review” is revision. (The transit agency says it has to run the ads or risk a lawsuit.)

There are ugly forces in America, they were there before Trump was born, and they will be there after he’s gone. You can stop them by voting responsibly — and if you don’t, then you yourself are guilty of abusing power, your power to vote.

Quoted below are some magnificent insights into evil and its various forms, some of which are insidious. Freedom isn’t free. It shouldn’t be a bragging point that “Oh, I don’t get involved in politics,” as if that makes someone cleaner. No, that makes you derelict of duty in a republic. Liars and panderers in government would have a much harder time of it if so many people didn’t insist on their right to remain ignorant and blindly agreeable. (Bill Maher)

Every vote should carry a serial number, so that responsibility for harmful or careless use of the vote can be traced. Concealed voting should be outlawed. (P. J. O’Rourke)

Oddly, submission to powerful, frightening, even terrible persons, like tyrants and generals, is not experienced as nearly so painful as is submission to unknown and uninteresting persons — which is what all luminaries of industry are. What the workers see in the employer is only a cunning, blood-sucking dog of a man who speculates on all misery; and the employer’s name, shape, manner, and reputation are a matter of complete indifference to them. (Friedrich Nietzsche)

Servitude debases men to the point where they end up liking it. (Marquis de Vauvenargues)

Hatred is the most accessible and comprehensive of all the unifying agents. Mass movements can rise and spread without belief in a god, but never without a belief in a devil. (Eric Hoffer)

Even the best-intentioned of great men need a few scoundrels around them; there are some things you cannot ask an honest man to do. (Jean de la La Bruyère)

In politics, nothing is contemptible. (Benjamin Disraeli)

Let someone else take the hit. You will shield yourself from malevolence: sound policy in those who govern. Having someone else take the blame for failure and be the butt of gossip does not spring from a lack of ability, as malice thinks, but from superior skill. Not everything will turn out well, and you can’t please everyone. So look for a scapegoat, someone whose own ambition will make him a good target. (Baltasar Gracian)

In a time of universal deceit, telling the truth is a revolutionary act. (Attributed to George Orwell)

Anyone who can handle a needle convincingly can make us see a thread which is not there. (Ernst Gombrich)

Once you give a charlatan power over you, you almost never get it back. (Carl Sagan)

[I]n the big lie there is always a certain force of credibility; because the broad masses of a nation are always more easily corrupted … in the primitive simplicity of their minds they more readily fall victims to the big lie than the small lie, since they themselves often tell small lies in little matters but would be ashamed to resort to large-scale falsehoods … It would never come into their heads to fabricate colossal untruths, and they would not believe that others could have the impudence to distort the truth so infamously. Even though the facts which prove this to be so may be brought clearly to their minds, they will still doubt and waver and will continue to think that there may be some other explanation. For the grossly impudent lie always leaves traces behind it, even after it has been nailed down, a fact which is known to all expert liars in this world and to all who conspire together in the art of lying. (Adolf Hitler)

Nearly all men can stand adversity; but if you wish to know what a man really is, give him power. (Robert G. Ingersoll)

Being powerful is like being a lady. If you have to tell people you are, you aren’t. (Margaret Thatcher)

Power is not revealed by striking hard or often, but by striking true. (Honoré de Balzac)