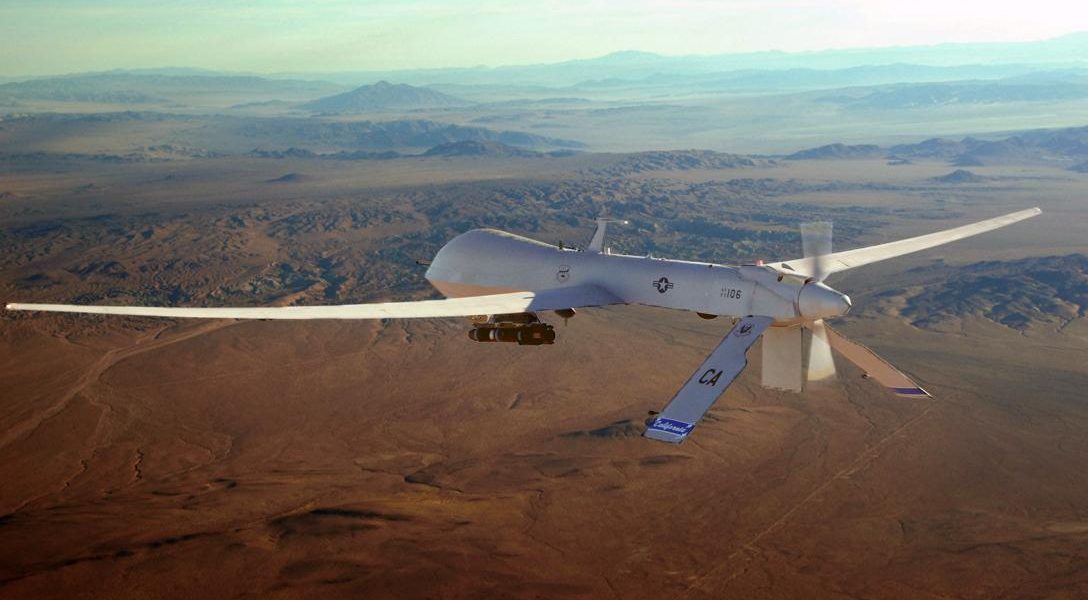 In a scathing attack on President Barack Obama’s drone war, four former operators of the remote-controlled killing machines declared that this kind of  warfare is actually fueling terrorism.

Meanwhile,  the soldiers who pull the triggers are cast aside when they break down under the incessant stress of long-distance killing.

“This administration and its predecessors have built a drone program that is one of the most devastating driving forces for terrorism and destabilization around the world,” the quartet of former Air Force service members wrote in a letter to Obama, Defense Secretary Ashton Carter and CIA Director John Brennan.

“We came to the realization that the innocent civilians we were killing only fueled the feelings of hatred that ignited terrorism and groups like ISIS, while also serving as a fundamental recruitment tool similar to Guantanamo Bay.”

“We came to the realization that the innocent civilians we were killing only fueled the feelings of hatred that ignited terrorism and groups like ISIS, while also serving as a fundamental recruitment tool similar to Guantanamo Bay,” they wrote.

Nothing Surgical about Drone Strikes

An in-depth report by The Intercept, which relied on a “cache of secret slides,” found that the drone program fails miserably in its stated goal of of eliminating only the carefully selected targets.

The US military’s own records reveal that innocents die during the strikes — routinely. During one particular five-month stretch, 90% of the victims of drone attacks were not the intended target.

The public, however, has been led to believe that the drone program works with a high degree of precision.

President Obama certainly gave that impression in April, when he implied that two American hostages killed in a drone strike represented a sadly unavoidable if rare accident: “It is a cruel and bitter truth that in the fog of war generally and our fight against terrorists specifically, mistakes — sometimes deadly mistakes — can occur,”

The four former drone operators painted a very different picture. “We witnessed gross waste, mismanagement, abuses of power, and our country’s leaders lying publicly about the effectiveness of the drone program,” they wrote. (For a devastating picture of the drone war in just one country, Pakistan, see here.)

The veterans explained why they chose to become whistleblowers: “We cannot sit silently by and witness tragedies like the attacks in Paris, knowing the devastating effects the drone program has overseas and at home.”

Killing the Innocent Leads to PTSD

Obama’s reputation as a reluctant warrior has remained largely intact despite the intensive drone campaign that has become an integral part of his anti-terrorism strategy. But the men and women pulling the trigger from thousands of miles away are paying a high price.

“When the guilt of our roles in facilitating this systematic loss of innocent life became too much, all of us succumbed to PTSD,” the drone operators wrote.

“We were cut loose by the same government we gave so much to — sent out in the world without adequate medical care, reliable public health services, or necessary benefits. Some of us are now homeless. Others of us barely make it.”

WhoWhatWhy contacted the Air Force to get a statement on the letter but did not hear back by the time this article was published. If the Air Force does reply, this report will be updated accordingly.

The quartet of former Air Force service members said they hoped that Obama, Carter and Brennan would pay attention to what they had to say.  But the veterans added that their insiders’ plea to reconsider drone warfare may be “in vain given the unprecedented prosecution of truth-tellers who came before us like Chelsea Manning, Julian Assange, and Edward Snowden.”

We will be watching carefully to see what happens with this plea, and to those who made it — and we will keep you informed.