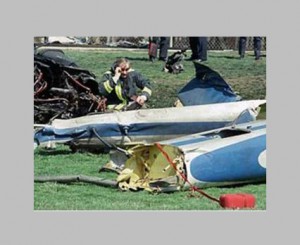 Lots of feverish discussion in the online world concerning the death in a plane crash of Loretta Fuddy, the Hawaiian health official who verified the authenticity of Barack Obama’s birth certificate. There’s chatter that she was silenced for “what she knows.”

Hard to see, even if one did suspect foul play, why she would be silenced in the waning years of Obama’s career—what would the point be? Also, out of the pilot and eight passengers, Fuddy was the only fatality.

Meanwhile, for perspective on the plane crashes that ended the lives of politically-connected figures, it is worth considering this partial list of people who from the 1980s to the present died in airplane incidents not involving shoot-downs or hijackings, and how tragedy seems to strike all kinds of people: