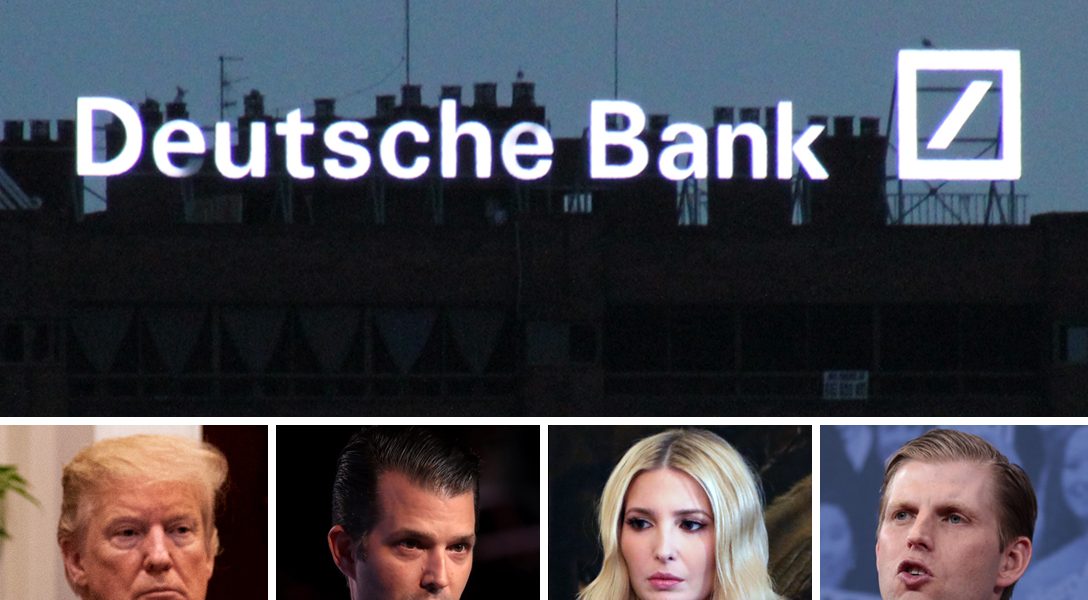 If Donald Trump invested as much time and effort in his presidency as he spends on keeping his financial records secret, his first two years in office might actually be as successful as he claims on Twitter.

Alas, he does not, so the one thing he fights tooth-and-nail over is making sure that any possibly shady business dealings he may have had with the Russians, Saudis, etc., will never see the light of day.

Deutsche Bank plays a crucial role in these transactions, and House Democrats, now armed with subpoena power, have made the German financial institution one of their main targets in trying to get to the bottom of the president’s opaque dealings.

Knowing that disclosure of the information would not be in his interest, Trump and three of his children went to court this week to prevent Deutsche Bank (and Capital One) from releasing any documents to congressional investigators.

But all this calls to mind a puzzling question: Exactly why are Trump’s dealings with Deutsche Bank presumed to be intimately bound up with Trump’s relationship to Russia and Saudi Arabia?

Long before most people were talking about that, WhoWhatWhy had already explained why Germany’s largest financial institution may be the key to tearing down Trump’s house of cards.

Now that Deutsche Bank is in the news again, you should read our past stories to get the scoop on why the president is so desperate to keep his banking history secret.

International banking colossus Deutsche Bank has a track record of deploying illegal financial trading, money laundering, and shady offshore tax shelters in the service of the global elite. Should anyone be surprised that Deutsche is on Robert Mueller’s Trump-Russia investigation radar?

What do President Donald Trump and a number of Russian oligarchs have in common? Answer: Deutsche Bank. We pick up where we left off by examining how Trump first became involved with the international colossus — a bank catering to clients who understood that sometimes the line between profit and illegality blurs.

Not only is President Donald Trump personally tied up with Deutsche Bank to the tune of $300 million, but his son-in-law Jared Kushner has his own history with the global banking giant. Part 3 looks closely at these relationships, and asks just how far President Trump’s Justice Department will be willing to go in probing potential illegality on the part of Deutsche.

Martin Sheil, a retired branch chief of the IRS Criminal Division, discusses his WhoWhatWhy series on Deutsche Bank and how nearly all the main figures involved in Russiagate also have ties to the financial institution.

House Republicans who are supposed to be investigating Russian interference in the 2016 election say there is no need to look at Deutsche Bank. Here is why they are wrong.