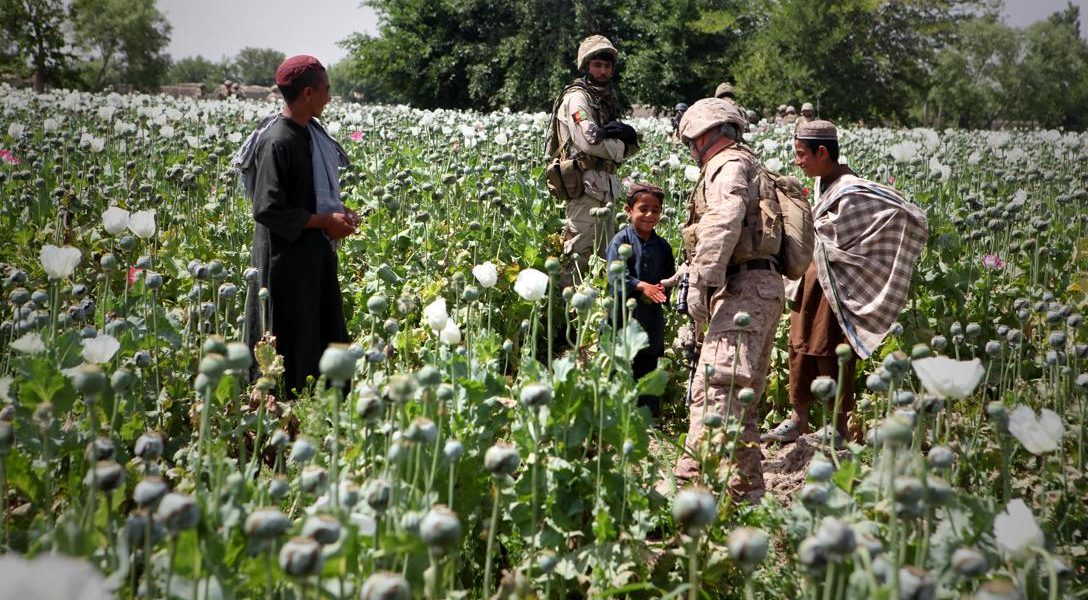 More musings from Peter Dale Scott, the “father of Deep State analysis.” It’s heady and sometimes difficult material, but no one has gone as deeply as he has in trying to understand the nature of power in America, and ties between the state, the Underworld, and the criminal elements of the wealthy, or the Overworld.

In Part 3, we learn of the covert — but benign-sounding — government Office of Policy Coordination (OPC), which formally institutionalized off-the-books financing of criminal activities. Its purpose was to engage in “subversion against hostile states.” But it went further than that. Much further.

Max Weber defined the successful modern state as something that “successfully upholds a claim on the monopoly of the legitimate use of violence [Gewaltmonopol] in the enforcement of its order.” (26)

It is against this illusory ideal, subscribed to by most political scientists, that many states have recently been judged to be weak states (if the monopoly is successfully challenged) or failed states (if its claim can no longer be sustained).

My own thinking is that Weber’s definition falsely invests the public state with a structural coherence that in fact it does not possess, never has possessed, and possesses even less as democracy develops. Even in America, one of the more successful states, there has always been a negative space in which overworld, corporate power, and privately organized violence all have access to and utilize each other, and rules are enforced by powers that do not derive from the public state.

Perhaps the most striking example of such non-state rule was the city of Chicago after World War II. A 1962 murder conviction, after an FBI investigation ordered by Attorney General Robert Kennedy, marked the first Chicago conviction in an organized crime slaying since 1934—a period of almost three decades marked by about a thousand unsolved murders. (27)

Several major “legitimate” fortunes of national scope, had their origins in Chicago mob-based corruption, and the mob’s domination of Chicago City Hall created a climate of selective nonenforcement in which the best-connected private capitalists thrived.

One of the first acts of the newly created National Security Council in 1947 was to launder “over $10 million in captured Axis funds to influence the [Italian] election [of 1948].” (28) This use of off-the-books financing for criminal activities was institutionalized in 1948 with the creation of a covert Office of Policy Coordination (OPC), whose charge was to engage in “subversion against hostile states.” (29)

As a consequence, the CIA’s Directorate of Operations, which in 1952 absorbed the OPC, has become accustomed to the routine  breaking of foreign laws on a daily basis. According to a congressional staff study [1996],

“A safe estimate is that several hundred times every day (easily 100,000 times a year) operations officers engage in highly illegal activities (according to foreign law) that not only risk political embarrassment to the United States but also endanger the freedom if not lives of the participating foreign nations and, more than occasionally, of the clandestine officer himself.” (30)

OPC enlisted drug traffickers in Europe as allies in defending the states of Western Europe from the risks of a communist or Russian takeover. In Southeast Asia it did more than just make alliances with drug traffickers; through Operation Paper (see the following discussion), it armed and assisted its drug proxies to build up and control an expanded international opium and heroin traffic.

We shall see that OPC’s purposes in doing so were not (as in Europe) essentially defensive; in the absence of other reliable allies, it used drug financing to help develop an offensive anti-communist force that became largely responsible, in 1959, for the relaunching of war in Indochina.

We are still dealing today with the problem of the OPC-assisted drug traffic, now largely relocated from Southeast Asia to Afghanistan. This book will show how the U.S. use of drug proxies in Asia, combined with the absorption in 1952 of OPC into the U.S. bureaucracy, helped convert the traditional U.S. defense establishment in Europe into something different in Asia, an offensive American war machine. (31)

OPC in its inception was completely dominated by New York Social Register members of the Wall Street overworld, like its director Frank Wisner. But both the state and its relations to deep forces have evolved considerably since the 1940s. The CIA in particular was partially bureaucratized and subjected to a measure of bureaucratic oversight by Congress. This was followed by the creation of new institutions designed specifically to escape accountability to Congress.

The most concrete example is the Joint Special Operations Command (JSOC) created under the Pentagon in 1980, which appears to play a similar role. In Iran, for example, JSOC appears to have made contact with at least two resistance groups that are also involved in drug trafficking. (32)

Today perhaps the most notorious emblem of nonaccountable deep power (if not the most important) is Blackwater, now officially renamed Xe Services.(33)  After CIA Director Leon Panetta announced in June 2009 that he had cancelled the CIA’s assassination program, The Nation reported that Blackwater

was continuing to assassinate in a nonaccountable program with JSOC:

At a covert forward operating base run by the US Joint Special Operations Command (JSOC) in the Pakistani port city of Karachi, members of an elite division of Blackwater are at the center of a secret program in which they plan targeted assassinations of suspected Taliban and Al Qaeda operatives, “snatch and grabs” of high-value targets and other sensitive action inside and outside Pakistan, an investigation by The Nation has found. (34)

We shall discuss Blackwater later. What I wish to point out now is how antithetical is the background of Blackwater’s owner, Erik Prince, to the old wealth establishment figures of OPC in 1948. Prince is a new-wealth capitalist from the Midwest, the bulk of whose fortune comes from his contracts with the war machine he is part of. His father, Edgar Prince, was a leading member (and his mother president) of the Dallas-based Council for National Policy, a far-right nationalist group expressly created to counter the internationalist policies of New York’s Council on Foreign Relations.

The shift from OPC to Blackwater epitomizes the shift in America over a half century from a civilian-based economy to a war-based economy, from internationalism to nationalism, from a defense establishment to an offense establishment. The key to that shift can be seen in the troubled politics of the 1970s, the result of which was the perpetuation of the war machine enlarged by the Vietnam War.

Operation Condor was part of that troubled 1970s history. As we shall see, it was CIA-sponsored and, in assassinating Letelier, was able to extend its operations into Washington, the seat of American government.

31. OPC’s rollback efforts in the Ukraine and Albania were by contrast ill-supported failures.

32. Seymour M. Hersh, “Preparing the Battlefield,” New Yorker, July 7, 2008, http://www.newyorker.com/reporting/2008/07/07/080707fa_fact_hersh; Syed Saleem Shahzad, “Where Pakistan’s Militants Go to Ground,” Asia Times, October 23, 2009, http://www.atimes.com/atimes/South_Asia/KJ23Df03.html. Hersh writes that JSOC’s “strategy of using ethnic minorities to undermine Iran is flawed.” In later chapters I shall similarly criticize the CIA’s use of Hmong in Laos and Tajiks in Afghanistan. JSOC was also involved in the chasing down of Colombian drug kingpin Pablo Escobar, a feat achieved with the assistance of Colombia’s Cali Cartel.