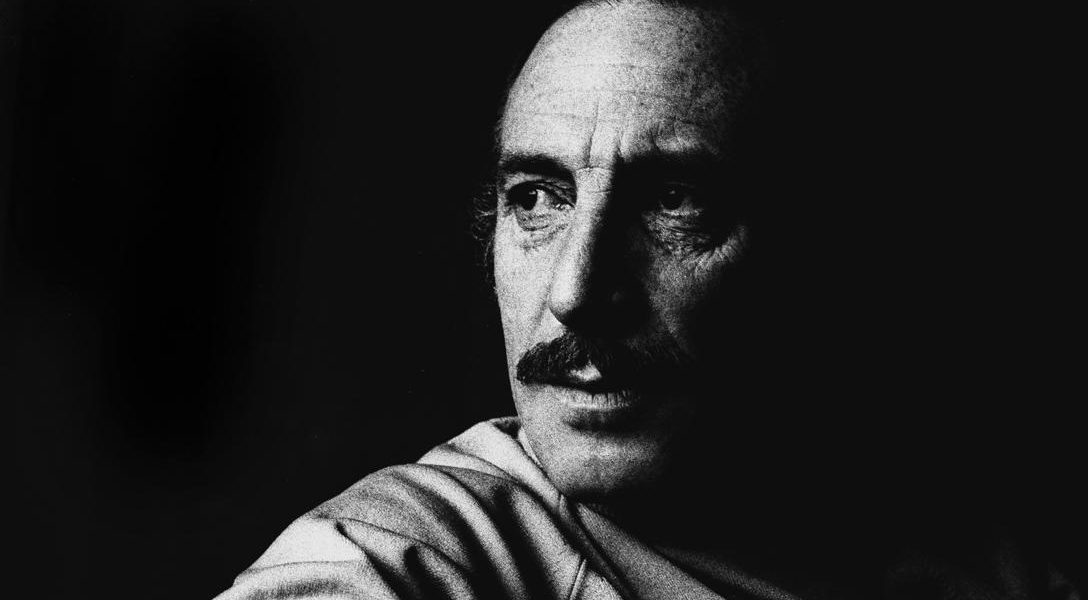 Deep History and the Global Drug Connection, Part 2: Murder on the Streets of Washington

Orlando Letelier was an exiled former Chilean diplomat. He had served in the socialist government of   Salvador Allende, who, in 1973, was overthrown in a US-backed coup. The notorious dictator Augusto Pinochet took over. Letelier was seized, tortured and imprisoned. He was released a year later as a result of international pressure. He was invited to Washington, DC where he became a senior fellow at the Institute for Policy Studies, the director of the Transnational Institute, and a professor at American University.

More important, he became the leading voice of the Chilean resistance — and thanks to his lobbying, he prevented several loans from being awarded to the Pinochet regime.

On the morning of September 21,1976, Orlando Letelier was driving to work with his assistant, Ronni Moffitt, and her husband when a bomb went off under his car. It blew off the bottom half of his body and severed both legs; flying shrapnel severed the larynx and carotid artery of Ms.Moffitt who was in the passenger seat. Both died soon after.

At the time, George H.W. Bush was CIA director. And as Peter Dale Scott asserts in the excerpt below, the CIA, a Latin American assassination apparatus, and international drug dealing were all bound up together.

Sound like fiction? Well, where do you suppose fiction writers get their ideas?

This is Part 2 of a multi-part series.  Please go here to see Part 1.

Drugs, the State, and the Letelier Assassination

A serious manifestation of sanctioned violence – or, if you will, of a mysterious deep force – was the 1976 assassination of former Chilean diplomat Orlando Letelier on the streets of Washington. This was a covertly arranged deep event, an event in which key facts were certain from the outset to be suppressed, an event that mainstream information systems failed to discuss candidly, and an event that earned for those few scholars who have studied it the derisive label of “conspiracy theorists.”

In the nearly 40 years since, some basic facts about the Letelier assassination have slowly come to light. Those facts are, for the most part, no longer contested.

It is now known that Letelier was killed on orders from the Chilean intelligence agency DINA, with the aid of a supranational collaborative assassination apparatus, Operation Condor, which the CIA helped to create.(14)

We shall look more closely at Condor and its drug connections in this book. What is particularly relevant here is that DINA, Condor, and the Cuban Americans who were involved in Letelier’s assassination were all also involved in drug trafficking.

There were American aspects to the killing as well as Chilean ones.(15)  Shortly before the murder, secretary of state Kissinger blocked a proposed urgent State Department warning to Latin American Condor states not to engage in assassinations.(16) Two days after the killing, CIA Director George H. W. Bush received a memo reporting the speculation (which proved to be accurate) “that, if Chilean Govt did order Letelier’s killing, it may have hired [Miami] Cuban thugs to do it.”(17)  Yet for weeks after the killing, the U.S. press ran stories that – as The New York Times put it – the FBI and CIA “had virtually ruled out the idea that Mr. Letelier was killed by agents of the Chilean military junta.”(18)

The CIA had evidence in its files against DINA when the FBI went to meet with Bush about CIA cooperation on the Letelier murder probe. But Bush did not turn over those files, making him arguably guilty of obstructing justice.(19)

I agree with author John Prados that in all this, the CIA was complicit in DINA’s and Condor’s terrorism:

The reluctance of U.S. authorities to investigate links between the Letelier assassination and DINA is a measure of the collusion at that point between Washington and Chile. Condor became in effect a terrorist network. . . . Through its actions in Chile the Central Intelligence Agency contributed to the inception of this horror. . . . In particular there is clear evidence that the Letelier assassination could have been prevented but was not.(20)

Even in the best accounts of the Letelier assassination, the drug aspect of the killing is usually ignored. Yet, as we shall see, the Cuban Nationalist Movement, from which Letelier’s Cuban assassins were picked, was reported to be financing itself through drug smuggling organized by DINA.(21) That the U.S. government covered up a drug-financed assassination in its own capital is another fact I continually repress from my own mind, even though I have twice written about it in the past. It is one more clue to a larger pattern easily repressed, that is, of recurring drug traffic involvement in CIA-related assassinations.

The continuous U.S. involvement in the global drug network, one of the main themes explored in this book, is a destructive pattern that persists to this day. In the next chapter, I shall argue that it is not a self-contained activity, extrinsic to the basic sociopolitical structure of America, but an integral cause and part of a larger war machine, an apparatus with a settled purpose fixed on achieving and maintaining global American dominance. I call the Letelier murder a deep event because the involvement of protected covert assets made it an event that would, at least initially, be covered up rather than exposed by the mainstream American media. Furthermore, the forces underlying it were too deeply interwoven with backdoor intelligence operations to be promptly resolved by the normal procedures of law enforcement.

It was thus an example of sanctioned violence, by which I mean that at all stages the perpetrators were protected by others in higher authority. It does not mean it was affirmatively approved in advance by Americans (on this point I have no information).

Many Americans are at least dimly aware that we have had a number of similar deep events involving this form of sanctioned violence in the past half century. Some of these – including the murders of John F. Kennedy, Martin Luther King Jr., and Robert Kennedy – have had significant structural influence on the subsequent evolution of American political history. I have argued in The Road to 9/11 that we should consider the attack of 9/11 as yet another example of a deep event, another chapter in our nation’s deep history.

The problem of illegally sanctioned and protected violence — violence regularly suppressed from our consciousness — is not necessarily attributable to the state as we normally think of it. We do not know if any state was directly involved in the recent unexplained murder of an Italian banker, Roberto Calvi, who was related to scandals at the Vatican Bank. It has even been argued that Pope John Paul I was murdered by those involved in these same scandals. But where there is cover-up, as in the Calvi case, the murderers have profited from a state connection.(22)

Inside the United States, the CIA’s involvement with sanctioned violence is inseparable from the occasional resort to the violence of organized crime by U.S. business. There is a long history here – from the use of violent gangs by fruit companies in the nineteenth century and in newspaper circulation wars soon thereafter; to the use of mobsters to combat labor unions by Andrew Carnegie, Henry Ford, and others; to the corrupt takeover of unions in the transport, garment, hotel, and entertainment industries; and possibly to the death in a plane crash of United Auto Workers leader Walter Reuther.(23)

The politically minded rich, or what I have called the overworld, have reasons that ever occur to those of lesser means to tolerate mob violence. At a minimum, they are often not unhappy to see municipal law enforcement in cities like Chicago or New Orleans weakened by mob corruption.

Frequently they will turn to the same elements, on a local or national level, to influence corrupt legislators themselves. And sometimes they will turn to mob violence to achieve their own private political goals, with more impunity abroad in banana republics but occasionally also at home.

This history has never been properly written. But organized crime’s role in corrupting politics and politicians served the purpose of business interests who wished, on occasion, to do the same. When the CIA came to use mobsters for violence — such as John Roselli, Sam Giancana, and Santos Trafficante in the attempted assassination of Fidel Castro — they too turned to the same resources.(24)

In so doing, they made the same drug connections that older multinational firms like American and Foreign Power had made before them around the world — a classic example being the lease on a Havana racetrack that in 1937 was granted to Meyer Lansky by the National City Bank of New York (now Citibank).(25)

I conclude from these business examples that in studying the politics of violence, we should look at the entire template of unrecognized or deep power that maintains a violent status quo in our society, a template that embraces bureaucracies, intelligence agencies, business and even media.

The drug traffic itself is part of this wider template and a recurring factor in our deep history. So, too, is that part of the overworld that launders drug money or hires criminals for its private needs.

15. Naomi Klein, in her otherwise shrewd analysis, oversimplifies when she calls the murder “Pinochet’s most outrageous and defiant crime since the coup itself” (Naomi Klein, The Shock Doctrine: The Rise of Disaster Capitalism [New York: Metropolitan/Henry Holt, 2007], 99).

20. John Prados, Safe for Democracy: The Secret Wars of the CIA (Chicago: Ivan R. Dee, 2006), 424. Foreign Affairs Senior Fellow Kenneth Maxwell writing in 2004 for the Council on Foreign Relations reached the same conclusion. He noted that “other assassinations of opposition figures planned by Condor in Europe were in fact prevented because the United States tipped off the governments in question (France and Portugal) in advance” (David Maxwell, review of Peter Kornbluh, The Pinochet File: A Declassified Dossier on Atrocity and Accountability (“Fleeing the Chilean Coup,” Foreign Affairs, January/February 2004), http://www.foreignaffairs.org/20040101faresponse83116/ william-d-rogers-kenneth-maxwell/ fleeing-the-chilean-coup-the-debate-over-u-s-complicity.html). Maxwell was here simply epitomizing the detailed arguments put forward earlier by John Dinges and Peter Kornbluh. Yet both the Council on Foreign Relations and its president, Richard Haass, arguably moderates in today’s distorted political spectrum, allowed a blustering denial to be published by Kissinger associate William D. Rogers and then refused Maxwell the chance to document his charges. Maxwell eventually resigned.