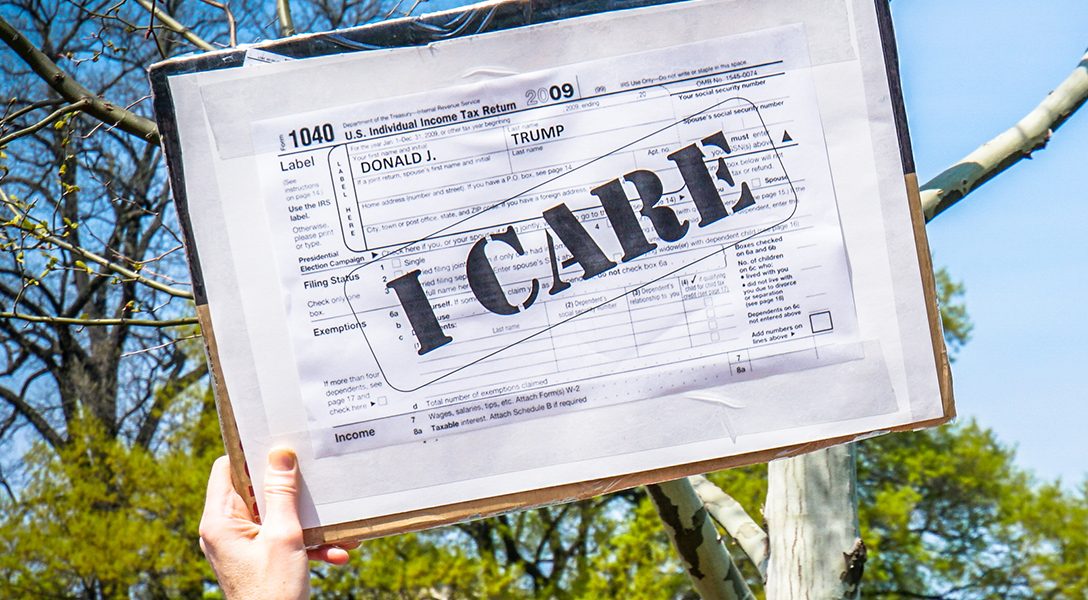 Donald Trump’s refusal to release his tax returns has long been a subject of conjecture. To that, we’d like to add a related mystery:

Why did the IRS begin auditing Donald Trump in 2002? Why that year in particular?

Donald Trump’s finances were always complicated and fertile ground for the IRS, yet, it only began auditing him in 2002.

This is particularly striking because that places the agency’s apparent sudden interest in Trump right after the time Felix Sater, an FBI informant, began working inside Trump Tower.

Again, that seems significant because it is in 2001 that we see Sater go active in Trump Tower. (See WhoWhatWhy’s in-depth investigation of Sater and goings-on in Trump Tower here.)

Possibly even more significant, it is also in this period that Michael Cohen — an attorney married into a Ukrainian family — began to acquire an unusual number of units in Trump buildings, as did his relatives.  (See WhoWhatWhy’s in-depth look at Cohen here.)

Of course all of this may mean nothing, but it’s hard to resist wondering if there is a connection between the IRS decision to audit Trump, and Trump’s involvement with Sater and Cohen. Especially since Trump and his lawyers doth protest too much: Sheri Dillon and William Nelson (of Morgan, Lewis & Bockius) said that, but for a few exceptions, a review of the last 10 years of his tax returns do not reflect ties to Russia.

No Ties to Russia?

This is a fascinating assertion, considering the law firm making that claim itself has so many ties to Russia that it was named “Russia Law Firm of the Year.”   (The firm also represents Felix Sater.) Its Moscow office alone has more than 40 lawyers. And, according to its website, it seems to have expertise in areas especially relevant to Trump.

“We are particularly adept at advising our clients about compliance and sanction matters…our capabilities also cover…anti-corruption, and anti-money-laundering.”

Who could ask for anything more? According to tax law expert Jack Blum, with the help of that firm,

“…real estate projects can be structured with partners and subsidiaries so that it would be easy to shield the identity of all involved. Trump’s tax returns would not show where all the money came from to finance these projects.”

(An interesting aside: one of their clients, the progressive Wallace Global Fund, fired Morgan, Lewis & Bockius for “enabling Trump.”)

And here is another curious set of facts: It was in 2005 that Trump switched law firms — to the “Russia Law Firm of the Year” described above. And it was Trump’s tax return for the year 2005 that we were allowed to see, when some anonymous person sent them to The Daily Beast’s David Cay Johnston.

It did not show any ties to Russia. Of course it didn’t.

All of the above are dots one might connect … or not. They can just hang in the air. But they’re certainly intriguing to contemplate.