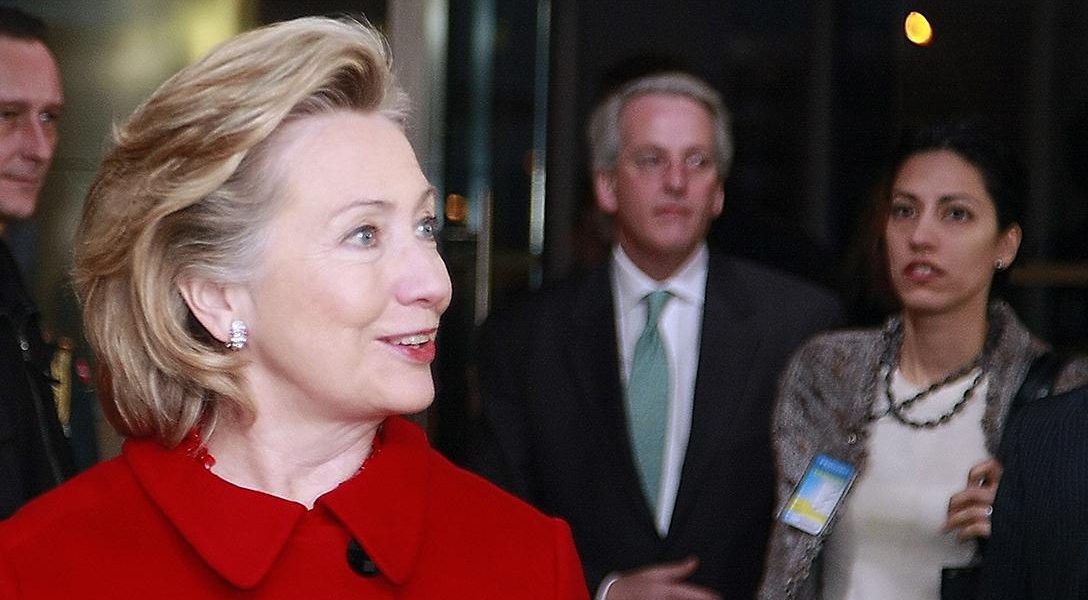 A new batch of emails released Monday by the watchdog group Judicial Watch illustrates the inner workings of the nation’s capital and highlights a system that allows big donors to receive the type of access unavailable to ordinary Americans.

The 725 pages of emails show that Hillary Clinton’s top aide Huma Abedin was asked time and time again to provide Clinton Foundation donors with access to the Secretary of State. These requests often came from Doug Band, a top executive of the Clinton Foundation.

“[Crown prince] of Bahrain in tomorrow to Friday. Asking to see her. Good friend of ours,” Band wrote in a June 23, 2009 email to Abedin. According to the Clinton Foundation’s website, the crown prince set up a scholarship fund with a value of $32 million.

Two days later, Abedin confirmed an appointment with Clinton — after acknowledging that the Secretary of State had previously not wanted to commit to a meeting when it was requested through “normal channels.”

In another exchange, Band asked Abedin to help a member of a British soccer club get an interview at the embassy in London. This was done at the request of Casey Wasserman, who has contributed millions to the Clinton Foundation through his own foundation.

In this case, Abedin seemed to express reservations.

“I doubt we can do anything but maybe we can help with an interview. I’ll ask,” she wrote on May 5, 2009. However, in another email on the issue, Abedin wrote: “I got this now, makes me nervous to get involved but I’ll ask.”

Judicial Watch released the emails on the same day it was announced that the Federal Bureau of Investigation (FBI) had discovered an additional 14,900 emails from Clinton  not yet turned over. The State Department and Judicial Watch now have to work out a plan for how these emails will be released. U.S. District Court Judge James E. Boasberg ruled that the process has to begin within a month and not in October, as the State Department has proposed.

In any case, the email issue will continue to haunt Clinton as she tries to win the presidency.

“These new emails confirm that Hillary Clinton abused her office by selling favors to Clinton Foundation donors,” said Judicial Watch President Tom Fitton. “There needs to be a serious, independent investigation to determine whether Clinton and others broke the law.”

“Hillary Clinton is the defender of the corrupt and rigged status quo. The Clintons have spent decades as insiders lining their own pockets and taking care of donors instead of the American people,” Trump said in a statement Monday. “It is now clear that the Clinton Foundation is the most corrupt enterprise in political history. What they were doing during Crooked Hillary’s time as Secretary of State was wrong then, and it is wrong now. It must be shut down immediately.”

In a year in which anger at the establishment is particularly high, Clinton’s biggest liability has been that she is viewed as dishonest — in large part due to the email scandal. According to a recent NBC survey, only 11% of respondents said the statement that Clinton is “honest and trustworthy” applies.

The newly released emails will do nothing to change the perception of Clinton as an insider.