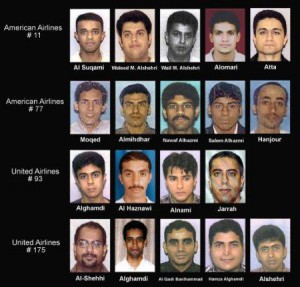 This originally appeared on WhoWhatWhy on Sept 22, 2011. It is as timely now as ever. Current context: the Saudi intelligence services have been deeply involved in stoking extreme Islamist groups in the Syrian uprising. WhoWhatWhy has found evidence linking the Saudi royal family to Saudis in South Florida who reportedly had direct contact with the 9/11 hijackers before fleeing the United States just prior to the attacks. Our report connects some of the dots first laid out by investigative author Anthony Summers and Florida-based journalist Dan Christensen in articles jointly published in the Miami Herald and on the nonprofit news site BrowardBulldog.org.

In early September of this year, Summers and Christensen reported that a secret FBI probe, never shared with Congressional investigators or the presidential 9/11 commission, had uncovered information indicating the possibility of support for the hijackers from previously unknown confederates in the United States during 2001.

Now WhoWhatWhy reveals that those alleged confederates were closely tied to influential members of the Saudi ruling elite. As reported in the Herald, phone records documented communication, dating back more than a year, that connected a Saudi family then living in a house near Sarasota, Florida, with the alleged plot leader, Mohammed Atta, and his hijack pilots—as well as to eleven of the other hijackers. In addition, records from the guard house at the gated community tied Atta’s vehicle and his accomplice Ziad Jarrah to actual visits to the house.  Although requiring further investigation, this information suggests that the house may have functioned as an operational base for the hijackers.

According to interviews and records examined by The Herald, Anoud and Abdulazzi al-Hiijjii and their young twins abruptly departed their home in Sarasota only days before September 11, 2001 and traveled to Arlington, Virginia, where they stayed briefly at another house owned by Anoud’s father, Esam Ghazzawi.

Then, still well before 9/11, the entire group, now including the father, flew to London and on to Riyadh, Saudi Arabia. The Sarasota house was sold in 2003, as was a penthouse apartment in another DC, suburb, Rosslyn, Virginia. The Ghazzawis do not seem to have set foot again in the United States.

Building on these revelations, WhoWhatWhy has found documents laying out the Ghazzawis’ royal connections through a nest of Saudi corporations that share the name EIRAD. Esam Ghazzawi is director of EIRAD Management Company, the UK division of EIRAD Trading and Contracting Co. Ltd., which among other things holds the Saudi franchise for many multinational brands, including UPS. Esam’s brother Mamdouh, whose name shows up on public records associated with family properties in the U.S., is the Executive Managing Director of the parent firm, EIRAD Holding Co. Ltd. EIRAD has connections to the US government via contracts. In 2008, records show, the State Department paid EIRAD $11,733 for rental of facilities, presumably in Saudi Arabia.

There is no indication that the company itself, or any of its officers or employees, have any connection to the 9/11 incident, or knowledge of anything regarding Mr. Ghazzawi’s activities in the United States.  Calls for comment to the company’s main switchboard went unanswered during normal business hours; its website was not functioning properly and Saudi trade officials in the United States had not furnished alternative contact information at publication time.

But the now-revealed link between the Ghazzawis and the highest ranks of the Saudi establishment reopens questions about the White House’s controversial approval for multiple charter flights allowing Saudi nationals to depart the U.S., beginning about 48 hours after the attacks, without the passengers being interviewed by law enforcement—despite the identification of the majority of the hijackers as Saudis.

In addition, the new revelations draw further attention to a web of relationships that include the long and close business, personal and political ties between the Bush family and the Saudi royal family.

Saudi money is woven throughout business ventures connected to the Bushes. Saudi funds even helped bail out George W. Bush’s failing oil company early in his life. Jim Bath, a close friend of Bush in the Texas Air National Guard, went on to start a business in conjunction with two sons of powerful Saudi families—Khalid bin Mahfouz, whose family provides banking services to the Saudi royals, and Salem bin Laden, heir to the bin Laden family’s global construction empire and a half brother to Osama bin Laden. (For a detailed probe of the Bush family’s dealings with the Saudis, including substantial previously unreported material, see my book, Family of Secrets: The Bush Dynasty, America’s Invisible Government and the Hidden History of the Last Fifty Years.)

Details of The Herald’s Revelations

The Ghazzawi presence in the Sunshine State predated 9/11 by at least six years. In 1995 a young Saudi woman named Anoud Ghazzawi living in South Florida married a fellow Saudi native, Abdulazzi al-Hiijjii (English spellings of his first name and surname vary, as is typical of  Arabic names.) Anoud’s father, Esam, and his American-born wife Deborah bought the couple a stylish, three-bedroom house in a gated community in Sarasota. The house remained in the elder Ghazzawis’ names while the young couple lived there and began a family.

Six years later, less than two weeks before the 9/11 attacks, Anoud, Abdulazzi and their children left their home on or about August 30, 2001 in great haste, taking off in a white van. This was about the same time that the hijackers were purchasing their tickets for the targeted flights.

The family apparently left with no advance planning, leaving behind almost all their possessions, abandoning three recently registered vehicles, including a brand-new Chrysler PT Cruiser, in the garage and driveway. As the Herald article explained:

“there was mail on the table, dirty diapers in one of the bathrooms … all the toiletries still in place … all their clothes hanging in the closet … opulent furniture, equal or greater in value than the house … the pool running, with toys in it….The beds were made … fruit on the counter … the refrigerator full of food. … It was like they went grocery shopping. Like they went out to a movie … [But] the safe was open in the master bedroom, with nothing in it, not a paper clip. … A computer was still there. A computer plug in another room, and the line still there. Looked like they’d taken [another] computer and left the cord.”

After public disclosure of Saudi involvement in the 9/11 attacks, people in the gated community took note of the rushed departure and disappearance of the Ghazzawi-al-Hiijjiis. After all, the attackers were not just overwhelmingly of Saudi nationality, but three out of four of the future hijackers had lived and trained to fly in Venice, Florida, just 10 miles away from the house.

The complex’s security officer alerted the FBI, which began an investigation into the house at 4224 Escondito Circle. (In addition, a suspicious neighbor alerted the FBI by email on the day of the attacks.)

The Justice Department declined to give the Herald a statement, but, according to an unnamed senior counterterrorism officer who was one of two people who got into the house first and served as a key source for the paper, the investigation bore stunning fruit. Phone records showed communication, dating back more than a year, that connected those in the house with the alleged plot leader, Mohammed Atta and his accomplices, including eleven of the other hijackers. Other records, kept by guards at the gated community, documented numerous visits to the house by a vehicle known to have been used by Atta, and indicated the physical presence in the car of Atta’s purported accomplice Ziad Jarrah. It appeared as if the Ghazzawi house was some kind of nerve center for the entire operation.

According to the senior counterterrorism officer, both Esam Ghazzawi and his son-in-law al-Hiijjii had been on a watch list at the FBI predating 9/11. An unnamed U.S. agency tracking terror funds had also taken an interest in them. “464 was Ghazzawi’s number,” the officer said. “I don’t remember the other man’s number.”

A little known conflict between the United States and Saudi Arabia in summer 2001 sheds new light on 9/11. What role did the tensions back then play? And why did the attacks occur actually in early September?

It is not possible that the Saudis were behind 9/11. They had no access to place the demolition charges in the towers. Look at who controlled the access to the towers and you will at least know one of the perpetrators.

There’s little point in your just dismissing the information in this article. It shows an agenda. Any serious, fair-minded person would at least explore the factual material here.

Does the article show an agenda stronger than the one that took us into two disastrous illegal wars and stripped us of many of our Constitutional rights?

I think the most likely criminals are outlined here: http://www.amazon.com/Another-Nineteen-Investigating-Legitimate-Suspects/dp/1489507833

X-Senator/Governor from Florida Bob Graham has documented phone evidence the Saudi Royal Family was communicating with the hijackers in Florida & giving them money. Graham asked Obama for a new 911 investigation, but Obama doesn’t want to go back there. He probably wants to stay alive and remembers what happened to JFK when he tried to right a wrong! If the Saudi’s were involved (friends of Bush), so was the Bush administration. Remember his neocons wrote they needed a new Pearl Harbor… PNAC. How much more evidence do we need!

Daniel Hopsicker of Mad Cow Morning News has some very good reporting on this and related subjects.

Yes, Hopsicker’s work is comprehensive and preeminent in this crucial region of the wide-ranging American-based conspiracy.

Hopsicker has never indicated that 9-11 was an “American based conspiracy.” Don’t know where you got that from.

The neocons had to have patsies (hijackers who couldn’t fly) just like Oswald was the patsie for the JFK assassination.

Russ, have you read “Another 19 – Investigating Legitimate 9/11 Suspects” by Kevin Ryan? Anyone interested in the “Who” or “Why” of 9/11 must read this as REQUIRED reading. http://www.another19.com

Russ, did you know that over 2,000 architects and engineers have blown the whistle on the fraud of our government’s WTC reports (NIST)? Why won’t you mention them? You don’t have to be a structural engineer yourself to simply report on the fact that these thousands of experts are saying the towers were demolished. Even CBS Philadelphia, Time Magazine, and Ben Swann formerly of FOX have reported on this. Surely you are as honest and courageous as they are??? I respect you greatly – except in this instance. http://www.ae911truth.org

I’m not sure. Hopefully not. http://whowhatwhy.com/contact/

My Disqus signin doesn’t work now.
I signed in as guest.
Russ has in the past asked me to go somewhere else when I point out that the Saudis could not have pulled off 9/11.
Not unless they have become allies of Israel, that is.

Alas, these conspiracy theorists are right once again.