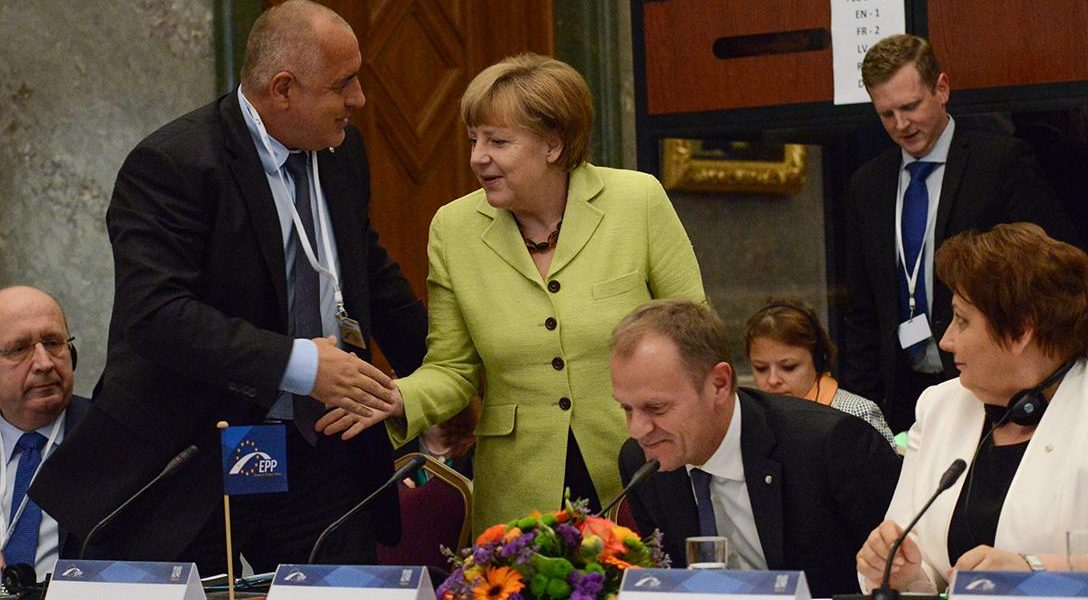 Britain’s bolt from the European Union could have a seriously destabilizing effect on the Balkans — a region whose volatile politics lit the fuse for World War I and which has continued to be an area of critical global significance.

In Western Europe, the Brexit debate has mostly been about migration and money. But countries on the EU’s eastern periphery, like Bulgaria, have a different reason to be concerned.

In this part of the continent, the EU has served as a democratic anchor of sorts — in a region torn apart by escalating conflicts involving authoritarian-leaning Russia and Turkey, as well as homegrown authoritarian forces.

Analysts say it’s too early to despair, but nevertheless worry about the impact of Brexit on the future of still-precarious representative democracies in Eastern Europe.

“There is a risk of a domino effect [and a disintegration of the EU],” said Dimitar Bechev, a prominent Bulgarian expert and a visiting scholar at the Center for European Studies at Harvard University. “But let’s wait and see what happens with Britain.”

“It is possible that exactly the opposite will happen,” Bechev wrote in an email exchange. “Those who want to leave [the block] could back-paddle because of the negative consequences which the British people might incur… [In any case], Germany plays a much more important role [than Britain] as a guarantor for the Europeanization of the region.”

New Trouble in the Balkans

Yet even the slightest threat to the EU’s role as a bulwark of representative democracy is a significant worry in Bulgaria, which sits on the Black Sea and on the EU’s southeastern border with both Turkey and Russia — as well as on a key route that refugees use to enter Europe.

Some observers believe that the fight between the two regional heavyweights, which started with their on-going clash in Syria, may be shifting northward toward the Balkans.

“There are important signs of an impending recalibration in Turkey’s foreign policy, borne out of strategic imperatives and a growing acknowledgment of the impasse Turkey is currently facing, ” Ege Seckin, a Turkey expert at the London-based analysis firm IHS, told WhoWhatWhy in an email. On Monday, a reconciliation deal between Israel and Turkey was announced, while the Kremlin said that Turkey had apologized for shooting down a Russian bomber jet last November over its border with Syria.

“There are rumours circulating around that Turkey is seeking to open backdoor channels with the Syrian regime…. Meanwhile, the Black Sea has emerged as a second arena of hostility between Turkey and Russia,” Seckin added. While Turkey may seek to patch up its relations with Russia in Syria and the Middle East, experts say, the Black Sea region and the Balkans are likely to remain tense for some time
Photo credit: Central Intelligence Agency / Wikimedia

Bulgaria has become increasingly caught up in their confrontation. Just a week before the referendum (on June 16) it was forced to do an about-face and pull out of a planned Black Sea flotilla together with fellow NATO members Turkey and Romania.

Citing Russian sensitivities, Bulgaria’s pro-Western Prime Minister Boyko Borissov told journalists that he did not want to start a “war” in the Black Sea. His action dealt another blow to NATO’s increasingly controversial efforts to contain Russia. In response, Turkey refused to take back refugees from Bulgaria under a previously negotiated readmission agreement — touching a raw nerve for Bulgaria and Europe.

The influence of Western European institutions, like NATO and the EU, on Eastern Europe is relatively recent. Both Russia and Turkey have played major roles in the region’s history and have important levers for soft-power influence here. Bulgarians credit Russia with liberating them from Turkey’s predecessor state, the Ottoman Empire, back in the 1870s.

Yet predominantly Eastern Orthodox Bulgaria, like other states in the region, has a significant Muslim minority. Depending on who you ask, Muslims make up between 8 and 12 percent of the population, the majority of them ethnic Turks who have close cultural, social and religious links to Turkey.

Both Turkey and Russia are key trading partners with Bulgaria: much of the oil and gas that Bulgaria and its Balkan neighbors consume comes from Russia.

Other countries affected by the mounting tension between Russia and Turkey include Azerbaijan, Armenia, and Cyprus.

Maneuvers Worthy of the Cold War

For many Bulgarians, the current situation has brought back unpleasant memories of the Cold War itself, when the West and the Soviet Union divided Europe into competing spheres of influence. Just weeks after the incident with the downed Russian jet last November, a serious scandal resembling the Stalinist purges of bygone days rattled an ethnic-Turkish-dominated political party which claims to hold the key to ethnic peace in Bulgaria. The leader of the Movement for Rights and Freedoms (MRF), Lyutvi Mestan, was abruptly denounced as a Turkish agent by party officials at an opulent New Year’s banquet, and was ousted a few days later.

Mestan briefly took refuge in the Turkish embassy, and later went on to found a rival minority-oriented party, DOST, which has struggled to combat allegations that it is a pro-Turkish “trojan horse.” In tit-for-tat actions, Bulgaria and Turkey expelled a diplomat each in February, and on February 19 the Bulgarian parliament established a special committee to investigate alleged Russian and Turkish interference in the country’s domestic affairs — though the committee was disbanded a month later, following criticism that it could damage relations with both countries.

“As long as Russia and Turkey had good relations with each other, there were no such conflicts in Bulgaria. because Russia and Turkey could still balance their influence over the MRF and the MRF’s control over minority politics in Bulgaria,” said Ognyan Minchev, a professor of political science at Sofia University.

“After the conflict between Russia and Turkey broke out, the Turkish government took a more aggressive approach, seeking to place the Turkish minority in Bulgaria under its influence.”

WhoWhatWhy has previously covered Russia’s economic and other soft-power expansionism in Bulgaria and the Balkans. Given that history, it is not surprising that many observers saw larger, shadowy forces at play in the MRF saga.

“The MRF has attached itself to powerful business interests,” said Daniel Smilov, a political expert at the Centre for Liberal Strategies in Sofia.

Even the Bulgarian Orthodox Church, which earlier this month boycotted the first pan-Orthodox council in over 1,000 years, has faced suspicions that it may be serving Russia’s interests. It is known as particularly close to the Russian Orthodox Church, which in turn has often supported the Kremlin’s geopolitical agenda. In recent years, the clerics in Moscow and those at the Ecumenical Patriarchate in Istanbul, the symbolic leader of the Orthodox world, have been at loggerheads about influence over the other Orthodox churches.

For a country like Bulgaria, plagued in recent years by near-constant political crises and anti-democratic tendencies and often seen as the poorest and the most corrupt member of the EU, all this portends an increasingly rocky path ahead.

Some Western-inspired policies, like austerity, have actually contributed to instability in recent years. Yet if the turmoil inside the European Union reduces its influence as a model of democratic governance, it can only undermine the efforts of reformers in the Bulgarian government, and elsewhere in the region, to overhaul their corruption-plagued justice systems and other key sectors.

Such a diminishment of Western influence would have serious geopolitical repercussions throughout the Balkans — and across the European continent.