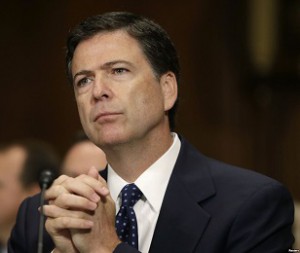 In a scathing letter, Massachusetts Congressman William Keating has demanded “forthright information” about the Boston Marathon bombing from the newly confirmed director of the Federal Bureau of Investigation.

Keating, a Cape Cod Democrat, sent the three-page letter to James Comey on Wednesday afternoon, two days after he was confirmed by the Senate to replace Robert Mueller as head of the agency.

“Open questions remain, particularly in regard to inadequate information-sharing, restrictive investigative guidelines/protocols, and an inability to follow up on suspicious activities/travel of individuals residing in the U.S.,” Keating wrote. He added he hopes the FBI would “agree to assist in closing loopholes that may hinder the future identification or capture of dangerous individuals before lives are lost.”

Keating demanded answers to seven questions concerning what the FBI knew about Tamerlan Tsarnaev, the dead bombing suspect, and why it had failed to share its intelligence with other law enforcement agencies, including the Boston Police Department.

The Congressman traveled to Russia in late May to investigate on his own after being stonewalled by the FBI. He said the Federal Security Service of Russia shared with him a “quite detailed” March 4, 2011, message the Russian agency sent to the FBI and Central Intelligence Agency concerning Tsarnaev.

“Despite numerous requests to obtain a copy of and discuss this information, I have not heard anything back from the FBI,” Keating wrote to Comey.

Keating is a member of both the House Homeland Security and Foreign Affairs committees. He also understands the machinations of law enforcement: He spent 12 years as district attorney for Norfolk County, Mass., before he was elected to Congress in 2010.

“As a former District Attorney, I understand the sensitivities surrounding an ongoing investigation,” he wrote to Comey. “However, none of the questions I have would compromise the integrity of the investigation into the bombings.  I’m not looking to place blame.  What I am looking to do is identify our security shortcomings and change them.  Without forthright information from the FBI, we are prevented from taking the critical steps needed to protect the American public.  It is my hope that Director Comey makes this a priority because I intend to keep demanding answers until I receive them.”