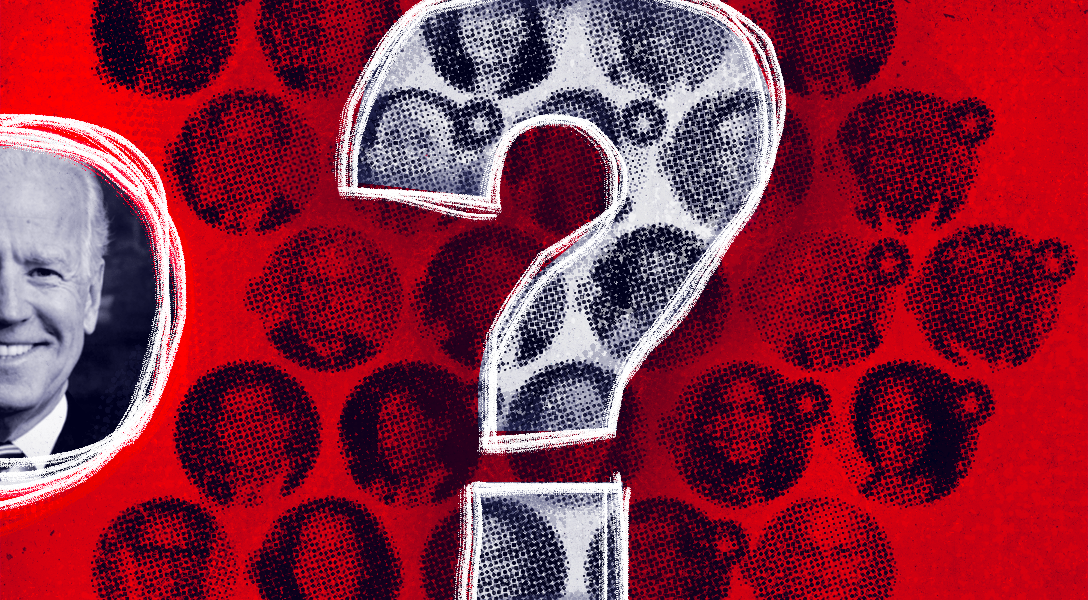 Due to the ongoing pandemic, Georgia Senate runoff elections, and forthcoming Senate impeachment trial of former President Donald Trump, the confirmation of President Joe Biden’s Cabinet has seen significant delays. These impediments are increasing the likelihood that Biden’s Cabinet will experience the slowest confirmation in recent history.

However, aligning with evidence of the Senate prioritizing national security posts’ confirmation, four of the six Senate confirmations are members of Biden’s defense team. Avril Haines is the first female director of national intelligence, and Alejandro Mayorkas is the first immigrant and Latino secretary of homeland security.

General Lloyd Austin, a retired four-star Army officer, is the first Black secretary of defense. Because Austin retired within the last seven years, before appearing before the Senate for a confirmation hearing his appointment required both chambers of Congress to grant a waiver. His waiver received bipartisan support, giving him control over the Pentagon.

The Senate also confirmed Antony Blinken as secretary of state.

Beyond the national security departments, Janet Yellen received confirmation as the first female secretary of the treasury and Pete Buttigieg as secretary of transportation. He is the first openly LGBTQ person to be confirmed by the Senate.

Given that the Senate has confirmed 95 percent of Cabinet appointments in the last 28 years, Biden only needs to worry about how quickly he can get his nominees settled in and working towards his vision for America.

Haines, Mayorkas, and Austin’s appointments illustrate Biden’s broader effort to assemble the most diverse administration in American history. His Cabinet, comprised of people with backgrounds historically excluded from political office, has been widely praised for its inclusivity.

The underrepresentation of minorities in politics, especially in senior and high-ranking positions, is a reflection of systemic racism in the US, said Lindsay Chervinsky, a presidential historian and author of The Cabinet. It can reduce the applicant pool when presidents are picking Cabinet members and staffers.

“It’s definitely true that the ranks of people who hold some kind of political power — a person that might get a Cabinet nomination or some other kind of high role in an administration — is very limited and is overwhelmingly white and male and doesn’t represent different minority groups,” said Gabe Tobias, who is the co-founder of the Movement School, a sister organization of the Justice Democrats. But that should not be used as an excuse not to pick minorities, he argues.

Kathryn Dunn Tenpas, a political scientist and presidency scholar, and her colleague Nicol Turner Lee co-authored a set of recommendations for bringing more people of color into senior-ranking Cabinet positions.

One of these approaches is implementing the Rooney rule, which started in the NFL in 2003. It required candidates of color to be interviewed for head coaching jobs, and was later expanded to include general manager positions. In 2017, Rep. Nancy Pelosi (D-CA) required the practice in the hiring of House Democratic congressional staff, according to Tenpas and Lee. In 2018, then-Senate Minority Leader Chuck Schumer (D-NY) mirrored the practice with the Senate Democratic Diversity Initiative, “which aims to ensure the representation of demographically under-represented groups.”

Activists from civil rights organizations, including the League of United Latin American Citizens (LULAC), the National Association of Latino Elected and Appointed Officials (NALEO), and the National Organization of Black Law Enforcement Executives (NOBLE), have vetted and recommended hundreds of candidates for different positions throughout the administration, CNN reported.

Several of Biden’s Cabinet members and appointees are on track to make history.

Deb Haaland, the second-highest-ranking Indigenous person to ever serve in the federal government, is Biden’s nominee for the secretary of the interior. She will be the first Indigenous Cabinet secretary in American history, putting her 2018 campaign slogan “Congress has never heard a voice like mine,” to new heights.

A 60-year-old progressive from New Mexico, Haaland’s cultural identity gives her an intimate understanding of land sovereignty, environmental protection, and tribal rights, all of which she hopes to strengthen in her new role. As a longtime New Mexico resident and graduate of state schools, Haaland has demonstrated her ability to foresee, listen, and sponsor legislation to address her local constituents’ needs.

“I welcome any Indian tribe into my office whether they’re in my district or not… I make sure that any issues they bring to me have a voice,” she said.

Haaland’s admiration for her ethnocultural background will help her succeed in crystallizing the interests and needs of Indigenous peoples, she says.

“We don’t need people who all have the same perspective, we need people from various parts of the country, who’ve been raised in different ways, who bring that history and culture with them, and employ what we’ve learnt from their parents and grandparents, and bring all of that to bear in the decisions that we make,” she said. Deb Haaland is Joe Biden’s nominee for secretary of the interior. Photo credit: US House

When reflecting on the contentious relationship between Indigenous peoples and the state, she remarked, “There are a lot of people in this country who suffered historical trauma from that era. I carry that history with me, I’m a product of the assimilation policy of the United States. I feel very strongly that having this perspective is super important for the issues we bring to Congress.”

Though her cultural experiences are distinct, it appears Haaland’s Indigeneity and holistic and interdisciplinary thinking will help her empathize and serve other marginalized groups who have suffered from the state and federal government’s ill-treatment and lack of recognition.

“So many Native Americans joined the Black Lives Matter protests because Indian Country recognised that we are allies in the fight for environmental justice, economic justice and racial justice… These communities on the frontline deserve to have the resources to be able to lift themselves up,” Haaland said.

Mayorkas, who is pro-immigration and favors a federal framework administered with integrity, humanity, and security, reflects a sharp departure from recent history. As director of the US Citizenship and Immigration Services under President Obama, Mayorkas successfully established diplomatic relations with Cuba, implemented the DACA program in 60 days, and created programs to attract foreign-born entrepreneurs, contributing to and stimulating the national economy.

“When I was very young, the United States provided my family and me a place of refuge. Now, I have been nominated to be the DHS Secretary and oversee the protection of all Americans and those who flee persecution in search of a better life for themselves and their loved ones,” he said.

The Coalition for Humane Immigrant Rights of Los Angeles (CHIRLA) praised Mayorkas’s discretionary efforts as director and his recent appointment as DHS head. The organization’s executive director, Angelica Sales, is hopeful he will establish “more humane” immigration policies after “the pain and suffering that people have gone through under the Trump administration.” CHIRLA’s press release endorsing Mayorkas’s nomination ends with an air of relief and optimism: “A new day truly starts today.”

Immigration Impact, an affiliate of the American Immigration Council, shares the view that Mayorkas’s background and experiences will defend and revalue the Latino identity and also begin to restructure and humanize the DHS to everyone’s benefit.

If confirmed, Neera Tanden will be the first woman of color and South Asian American as director of the Office of Management and Budget. As with Haaland, Tanden’s appointment demonstrates Biden’s interests in not only collaborating with women and people of color, but women of color.

Fielding a challenge on Twitter to her 2014 salary, she replied, “I grew up on welfare, used food stamps and reduced lunch vouchers at school and lived in S. 8 housing. Please lecture me more on inequality.”

Testifying before the Senate Budget Committee that same year, Tanden remarked, “we should measure our budget priorities against a simple test: Are we expanding opportunity for all Americans? The budget choices we’ve made over the past three years are hurting people and hindering economic growth.” She then highlighted her efforts as president of the Center for American Progress: raising the federal minimum wage, guaranteeing paid sick days and family leave, providing universal access to high-quality preschool, investing in public education, and retraining the American workforce to compete in the global economy. Given that her new role deals extensively with America’s lower classes and small business owners, Tanden’s working-class immigrant upbringing offers the “kind of perspective essential for an administration whose job is to make the lives of Americans better,” said Chervinsky. Tanden’s background will also enable her to bring attention to the immediate needs of those most impacted by the ongoing pandemic, which Biden hopes to accomplish swiftly.

Miguel Cardona, who grew up in a poor Hispanic family in Connecticut, is Biden’s incoming secretary of education. Cardona has dedicated his career to narrowing the achievement gap between students of color in Connecticut public schools, focusing on Latino students. “For Latino children from communities that are below the threshold of poverty, you know you’re not typically thinking, the data doesn’t suggest that they’re going to be the next principal of the school … or state education commissioner,” Cardona said.

Through experiencing the intersection of ethnicity and class himself, Cardona appreciates the positive role of quality education in increasing one’s socioeconomic status and opportunities and hopes to expand its availability nationwide. Further, as a state educator, he will undoubtedly correct many of the actions taken by former Secretary of Education Betsy DeVos to devalue public education in favor of private and charter schools.

While delays in Senate confirmations may hinder President Biden’s aggressive first one hundred days agenda, it is clear that once his diverse Cabinet members assume their positions, they intend to make reformative and substantial change. At the top of the to-do list are undoing the Trump administration’s legacies, healing the partisan divide, and realizing the perspectives, interests, and needs of Americans who feel their voices have not yet made it to Capitol Hill.