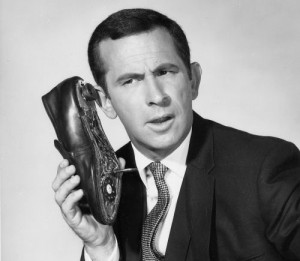 In his old days as a spy (that’s a joke) WhoWhatWhy founder Russ Baker found himself in Belgrade, Serbia. When he was not training journalists in investigative reporting or looking for war criminals, Baker sat in cafes and wrote little pieces that…at least amused..him. Here’s one:

That’s one of the questions people here in Belgrade pose most often. All kinds of people. Even a reporter for this newspaper asked that question, or, rather, made the declaration: “Everyone here thinks you’re a spy.”

My suspected employer, he told me, was either the CIA or Israel’s Mossad. But the reporter had become convinced that I wasn’t a ‘spook’ – in part because, he said, I ask good questions, which, after all, is the trademark of a real journalist. In addition, the fact that I have published hundreds of articles in major publications worldwide over the past 15 years may influence a few people’s conclusions that I am what I say I am.

Besides, if I were a spy, I wouldn’t fit the image that either US or Israeli intelligence cultivates — or at least my impression of what their agents are like. CIA agents either look something like Tom Cruise or Robert Redford, or, more probably, they are  nondescript fellows with flat-top hairstyles from the 1950s, or perhaps a more greasy look like that favored by Donald Rumsfeld. Mossad, on the other hand, uses agents you would never suspect in a million years. Simply put, if I were an Israeli spy in Serbia, I would be a Serb.

In fact, the main reason to think that I, or anyone, is a spy is because this country was – and perhaps still is – full of spies, though I would guess that most are surely Serbs. The obsession with foreigners being spies seem to me closely linked with the general popularity here, and, in most places, with conspiracy theories that help turn our chaotic world into a more neatly ordered universe.

But I’d have to guess that this notion also emerges from an unfortunately widespread inferiority complex [more about that in future columns, perhaps] that is all-too-evident here in Belgrade. Namely, no one can believe that anyone but a spy, arms trafficker or escaped criminal would voluntarily come to Belgrade.

I’ll explain some other time why I came here – probably when I figure it out. But let’s just say that it is not really healthy to imagine everyone a spy. Pretty soon, you are hallucinating that the filling in your teeth is transmitting radio signals.

In conclusion, here comes the official denial: I am definitely not a spy.

Now, I really must be going. It will take me hours to prepare today’s report for transmission to headquarters. Ciao.