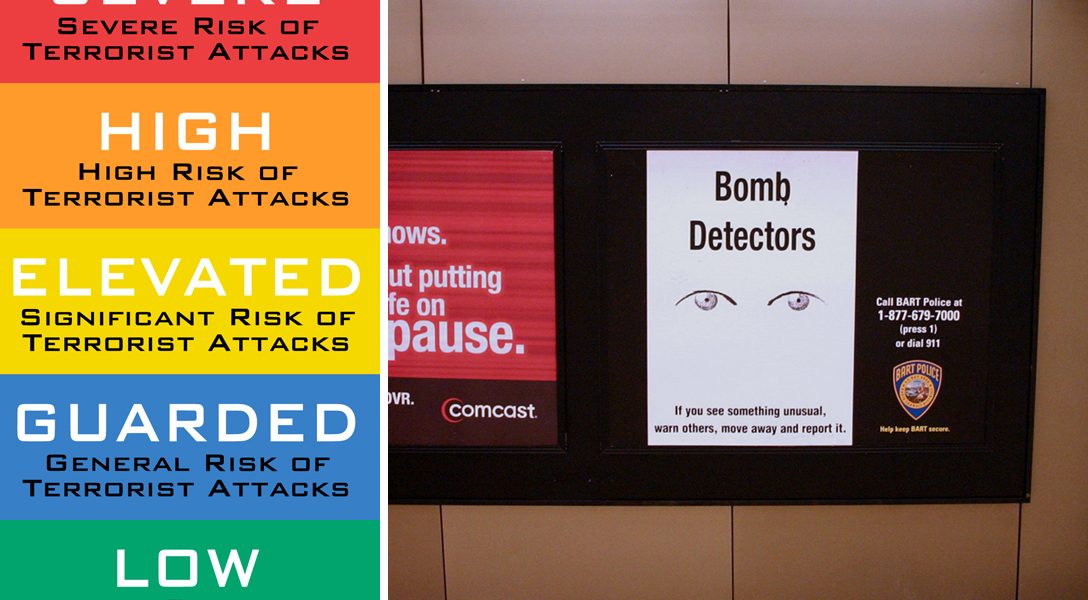 Americans, More Than Anybody Else in the World, Are Scared of Terrorists. Why?

Things in Istanbul’s airport were back to normal for the most part Thursday, less than 48 hours after three suicide bombers killed 41 people and injured over 200 more. It is highly improbable that the reaction in the US to any kind of terrorist attack would be the same.

Why is that, and what does it mean?

Americans seem to be more afraid of terrorism than anybody else in the world — even though their exposure to it is much lower.

In a poll taken prior to the recent attacks in Paris, nearly half of all Americans (48%) said they were “worried a great deal” about terrorist attacks in the US.

That is a ridiculously high number, considering how few Americans are killed by terrorists every year. Statistically, people should be much more worried about guns, deadly bee stings, lead in their water, speeding oil trains, or hundreds of other causes of great harm.

Yet the US spends hundreds of billions of dollars to “fight terrorism” every year — and erodes civil liberties in the process – often with the full support of the populace.

And for what? Are Americans really safer?

ISIS, al Qaeda, and all other terrorist groups know that they can’t destroy the United States. It’s a ridiculous notion if you think about it. Therefore, the best they can do is to terrorize the country and get it to spend incredible amounts of money. By those measures, the terrorists are winning.

In other countries, terrorist attacks are viewed as something that happens. They are obviously not desired events but they are also not something that can be completely prevented – like car accidents.  People realize that, and that is why, in a place like Turkey, life goes on quickly.

There, the boogeyman is not quite so scary and, as a result, terrorist attacks are less effective.

Neither US leaders nor the media are helping the country react to terrorism rationally instead of emotionally. Because of this, they are doing the country — but not the terrorists — a real disservice.