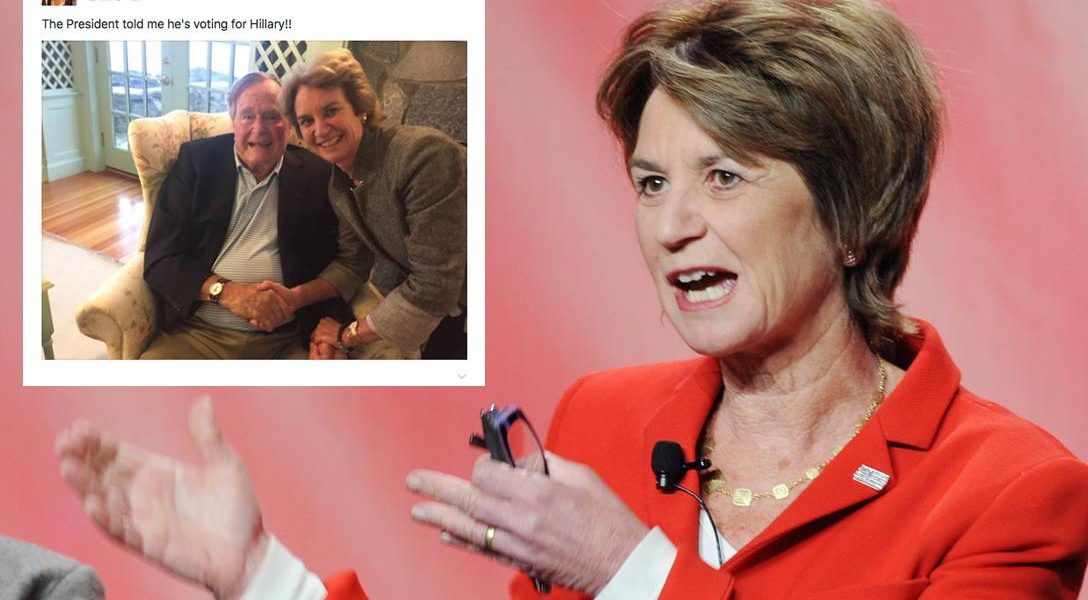 Anyone who knows anything about the Kennedy family’s relationship with the Bushes will find the following odd: Robert F. Kennedy’s daughter got together with George H.W. “Poppy” Bush and gleefully announced that “Bush 41” is planning to vote for Hillary Clinton.

The Bush-Clinton alliance, at least, is not so surprising. The elder George Bush became famously chummy with Bill Clinton after the latter defeated him in 1992. They became so close that the former CIA director-turned-president considers him “like family” and his son refers to Clinton as his “brother from another mother.”

But what about the Kennedys? They have often been seen as a rival dynasty by the Bushes.

Going Back to Some Dark Places

Members of the Kennedy clan have long been mum on whether they believe the deaths of John F. Kennedy and Robert F. Kennedy were really just the doings of isolated, aggrieved or disturbed individuals, or if there was more to the story. Privately, however, many Kennedy family members are known to suspect the truth has yet to emerge. And at least one, Robert F. Kennedy Jr., has started to go public with his beliefs.

Now, we have RFK Jr.’s sister, Kathleen Hartington Kennedy Townsend, going viral with a picture on Facebook of her with Bush 41 — and a statement that the 92-year-old supports Democrat Hillary Clinton in her general election battle with Trump.

One reason the scene of a Kennedy and Bush Sr. hanging out and mugging for the camera seems odd is Bush Sr.’s curious behavior around the time that Townsend’s uncle, John F. Kennedy, was murdered.

As readers of my book, Family of Secrets, know, when the elder Bush was asked about his memories of 11/22/1963, he claimed he could not remember where he was when the world learned that the president had been shot. Even more interesting is the backstory: Bush turns out to have been in Dallas in the same time frame as the shooting. He then traveled a short distance to another city, where he called the FBI to report what turned out to be a pointless lead on a possible suspect in the JFK’S death — a suspect who, even more bizarrely, Bush knew personally.

Bush — who 12 years after the assassination would become director of the Central Intelligence Agency — shows up in a contemporaneous 1963 FBI memo relating to the assassination. In that memo he is identified as a liaison for the CIA, being given a briefing.

Bush’s office would later claim that the memo referred to “another George Bush” — but his close friendship and connections with active CIA officers in 1963 and evidence that he himself was an active CIA asset that year must be taken into account. Furthermore that “other” George Bush (a low-level trainee brought into the agency shortly before the assassination and let go not long afterwards) swore in a deposition that he did not receive any communications from any government agency relating to the Kennedy assassination, and could not have been the one mentioned in the memo.

Coming back to the current circumstances: While there is nothing necessarily odd about a Democratic political dynasty socializing with a Republican one, in this instance the image of a Kennedy daughter hanging out with the 11/22 mystery man was jarring for more than a few. Especially because of evidence that her own father. Robert Kennedy, may have been victim of an organized plot — perhaps involving the same constellation of intelligence-connected figures.

One can hope that the backstory will emerge of how a Kennedy, in particular, ended up being the carrier of this potent Bush message.