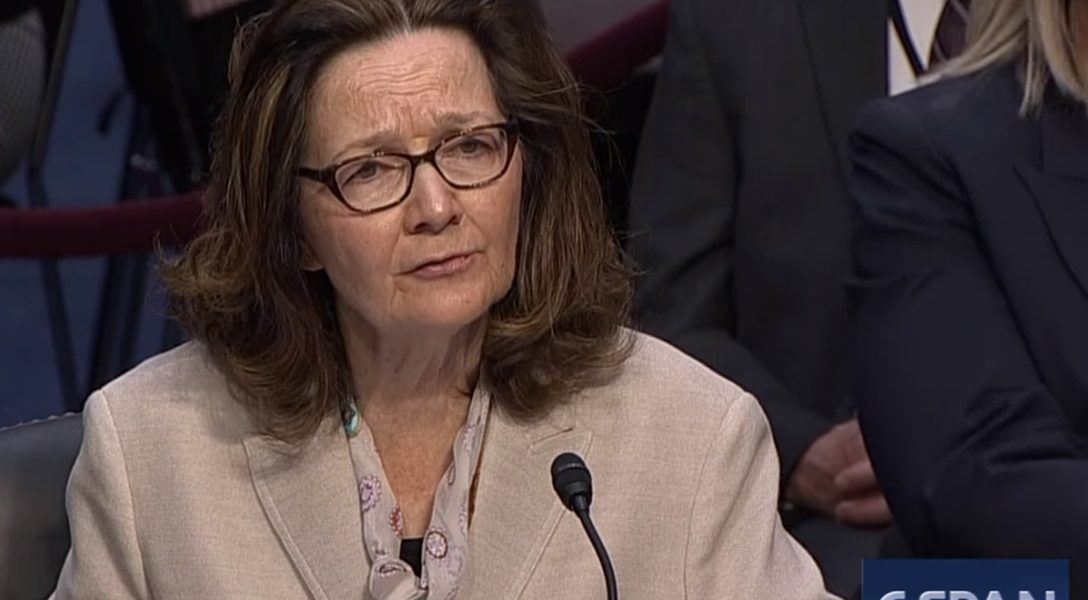 The US Senate has confirmed Gina Haspel as CIA director. Because three Republicans opposed her, some Democrats were needed to get the necessary votes. In the end, six of them voted with the rest of the GOP to confirm “Bloody Gina.” That’s some #Resistance.

Haspel oversaw torture at a secret CIA prison in Thailand during the Bush administration, and was instrumental in the destruction of video tapes of the torture sessions.

Her confirmation is an indictment of the American people and their elected officials for their apathy in the face of immorality, and the failure of three separate administrations — Bush for instigating the torture, Obama for effectively condoning it by not investigating/prosecuting the perpetrators, and now Trump for reinstating one of its main figures.

But let’s not leave out the press. Even in yesterday’s coverage mainstream media were hedging their words.

The criticism came on two fronts: Haspel ran a CIA black site in Thailand in 2002 where detainees were brutally interrogated with tactics that critics say is torture. And she drafted the cable that her boss sent to destroy dozens of CIA interrogation tapes in 2005. [emphasis added]

At her confirmation hearing last week, Democrats grilled her on her views on what they deemed torture, as well as objecting to what they saw as the CIA’s selective declassification about information on her. [emphasis added]

The Senate on Thursday confirmed Gina Haspel as the next CIA director despite opposition from most Democrats and a handful of Republicans who blasted her role in the agency’s enhanced interrogation program. [emphasis added]

The Senate voted Thursday to confirm Gina Haspel as the next CIA director after several Democrats were persuaded to support her despite lingering concerns about her role in the brutal interrogation of suspected terrorists captured after 9/11.

The Post finally mentions the word torture in the 18th paragraph. In this NPR story torture is mentioned one time — in the second to last paragraph, in a quote from a Democratic senator who voted for her.

Enhanced interrogation? No. It was torture. End of story.

But hey, she’s the first woman CIA director. What a triumph.