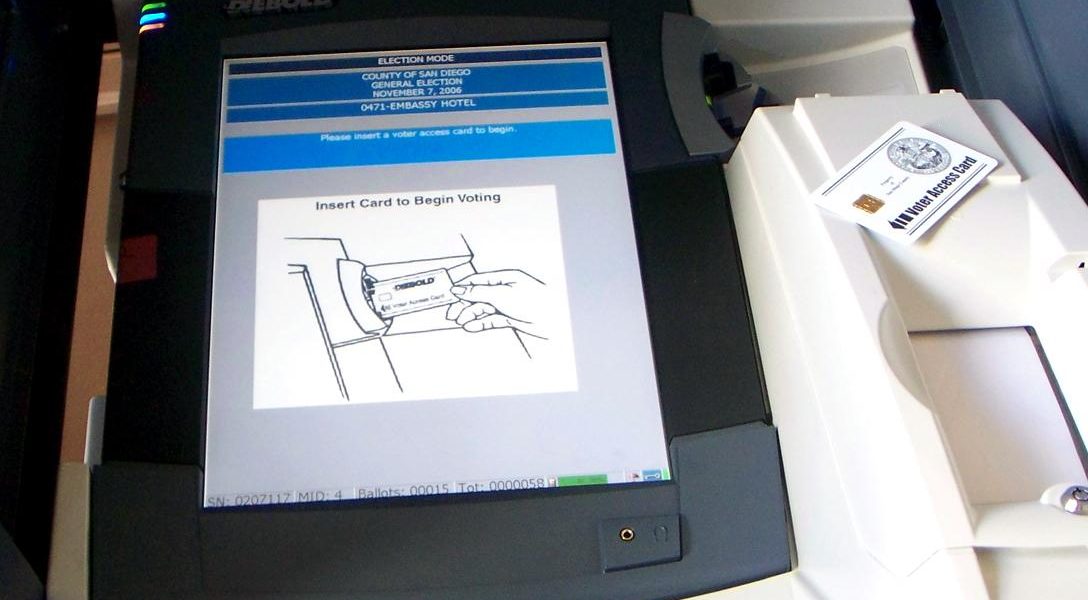 Will Your Vote Be Counted? Aging Machines Imperil Election Fairness

Imagine the outcry if air traffic controllers were using obsolete equipment that broke all the time? And had no tech support. The problem would likely be fixed, pronto. But what happens when it is the levers of democracy — literally — that are at stake?

That is a real issue.

In many American cities and towns, next year’s election will be held with hardware and software that has become obsolete. In some cases, the equipment used is so outdated that replacement parts or tech support for the technology simply no longer exist.

For example, the software used to run many election machines is Windows 2000, an operating system that has long been discontinued and for which Microsoft has not offered tech support since 2010.

On the other hand, hackers use ever-improving, state-of-the-art equipment and methods. For them, hacking into these old machines would be child’s play. Please go here and here to see earlier WhoWhatWhy stories on this issue.

From the Brennan Center for Justice

The Brennan Center for Justice released a comprehensive report last week which details some of the problems that jurisdictions all across the US are facing in the upcoming elections.

“Unlike voting machines used in past eras, today’s systems were not designed to last for decades.

In part this is due to the pace of technological change. No one expects a laptop to last for 10 years,” the report said. “And although today’s machines debuted at the beginning of this century, many were designed and engineered in the 1990s.”

Only seven states are exclusively using machines that were purchased within the past decade. All others are, at least partially, operating much older technology.

“Our voting equipment is old and past its usefulness,” Election Assistance Commissioner Tom Hick is quoted in the report. “We’re getting by with Band-Aids, but I worry about a crisis with some of the older machines.”

It is difficult to imagine how other functions of society would be carried out with outdated equipment and software from the turn of the millennium.

Though none of the more than hundred experts and election officials in all 50 states that the researchers spoke to believe there will be a catastrophic collapse of the system next November, even small problems in such a vital area can have major consequences — especially in swing states.

Many of the experts predicted that there will be more “flipped votes, freezes, shut downs, long lines, and, in the worst-case scenarios, lost votes and erroneous tallies.” In other words, the system is facing problems that could change the outcome of a tight election. In addition, reports of problems ranging from long lines to flipped votes can erode confidence in the system — and such confidence is crucial to getting a high turnout among registered voters.

Election officials across the country are clearly aware of the problems. More than 60% of all states plan to purchase new equipment to replace their outdated machines.

“The jurisdictions looking to deploy new equipment represent approximately 40 million registered voters and their states total 387 of the 538 electoral votes,” the report stated.

But more than two-thirds of these states don’t know where the money for these needed upgrades will come from.

“Some jurisdictions seem to be saying we’re just going to wait until another catastrophe and then maybe Congress will pay for it,” Tammy Patrick, a former federal compliance officer in Arizona, told the researchers. “This is not a good plan.”

While wealthy jurisdictions can afford to purchase modern machines and avoid Election Day problems, poor districts would be forced to make do with their outdated equipment which could lower turnout there.

“We estimate that the cost of replacing new voting equipment could easily exceed $1 billion,” the report stated. “Many experts we spoke to doubted that Congress would supply those funds.”

That is why the Brennan Center concludes that it will fall on state and counties to fund this new equipment.

“Between them, they must find a way to pay for new equipment so that all voters, and not only those who live in counties that can afford new machines, are able to vote on equipment that works.”

I urge caution. Yes, over time we should replace our voting machines with better ones. Especially replace DREs with optical scanners. Yet, machines don’t collapse all at once and over the next few years better and more economical options should become available along with improved standards and certification. We do not have to imagine the results of knee jerk replacement in a hurry – that would be 2004 all over again.

We need to return to paper ballots. The most serious of all the problems with electronic voting is how certain forces enter and manipulate the results. Unfortunately, and strangely, this very real crime against democracy is a taboo topic in progressive media. Even Who What Why neglects to touch it. See Election Defense Alliance. http://electiondefensealliance.org/jonathan_simon

Pen, Paper, Count, very simple. And last, but not least, use 100% popular
vote! Get rid of the unbelievably corrupt ‘Electoral College
System’!!!! Let the people vote for their leaders. Imagine if Bush had
never been President. We’d be living in a much better world, that’s for
sure!

Where I vote, since the use of electronic voting machines, there is no paper backup of anyone’s vote. Who knows who I voted for and if the “counters” honored my choices. Paper ballots are far preferable.