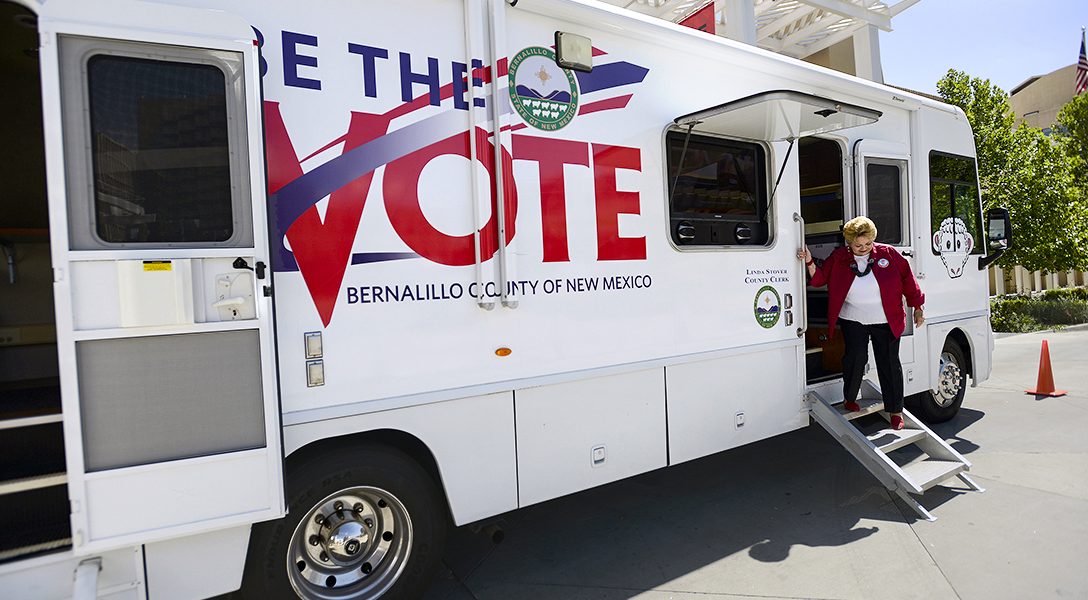 Navigating a state’s voting laws can be daunting for first-time voters. Many of them may be discouraged from even trying. That’s why voting rights groups held thousands of voter registration drives around the country to ease the process for new voters during the ninth annual National Voter Registration Day.

Held on the fourth Tuesday of each September, this potentially game-changing event has been endorsed by groups like the National Action Network, National Association of Secretaries of States, Rock the Vote, and Voto Latino.

The League of Women Voters (LWV) alone held 500 voter registration drives nationwide, targeting areas where most people were likely to go about their daily lives. Jeannette Senecal, senior director of mission impact at LWV, has spent two decades overseeing their election team; she said that the registration events not only will help new voters register in time for the 2020 election, but also arm them with information about election laws and upcoming races in their communities.

Volunteers distributed informational pamphlets in a number of languages and spent the day at highly trafficked areas, like transit hubs, high schools, and even naturalization ceremonies, to make sure that new Americans understand their rights. With support for online and automatic voter registration gaining momentum around the country, election officials have been able to reach thousands of voters who are unable to register in person. The way that states implement online voter registration, however, has become a new barrier for some voters. In states that do offer it, only those who have a driver’s license can participate — which may not capture every would-be voter in the state.

After record youth voter turnout, the Democrats’ overwhelming victory in the 2018 midterm elections was widely seen as a referendum on President Donald Trump. But numerous states have passed laws that are either too confusing for voters or being challenged in court for disenfranchising already underrepresented groups.

Voter ID laws vary by state. For renters and people who live in multi-generational or group homes, strict identification requirements have become barriers to registering to vote.

“Certainly, that might disenfranchise people who are trying to register to vote at a different address than what their driver’s license is associated with,” she said.

Time Is Running Out to Register to Vote

In New Hampshire, for example, the state legislature redefined the meaning of residency and required voters to obtain an in-state driver’s license before they can register to vote. When this made voting impossible for many Dartmouth College students, the ACLU filed a lawsuit alleging that the law places an “undue burden” on young voters.

Students in North Carolina also need a valid ID to vote, and a voting law had to be updated to allow student IDs to be used after widespread confusion at the University of North Carolina. In Wisconsin, some students may not be able to vote at all. The legislature passed a law requiring IDs to have a signature and expiration date — which most universities do not include on their student ID cards.

In Florida, Democrats accused the governor’s administration of voter suppression by intentionally coordinating a massive maintenance update on the state’s voter registration site to disrupt their efforts.

It came in the midst of a legal battle against a law passed by the state legislature that requires  formerly incarcerated citizens to pay fines and fees before they can register to vote — despite the passage of Amendment 4, a 2018 ballot initiative restoring voting rights to the one million individuals in the state with nonviolent felony convictions.

Unless US District Judge Robert Hinkle agrees to Republican Gov. Ron DeSantis’s request for a delay, oral arguments for a lawsuit filed by civil rights groups will be heard in November. Plaintiffs in the case argued that the fines and fees amounted to a “modern-day poll tax.”

Senecal argued that the passage of Amendment 4 in Florida was still a success story because voters across the political spectrum supported that reform.

“Yes, the legislature has tried to weaken what the voters passed and make it not as useful, but it actually gives me hope that we can continue to grow this democracy movement and address the fundamental issues of our democracy from a nonpartisan perspective,” Senecal said.

To register to vote in person or online, visit www.vote.gov or www.vote411.org/ for more information.