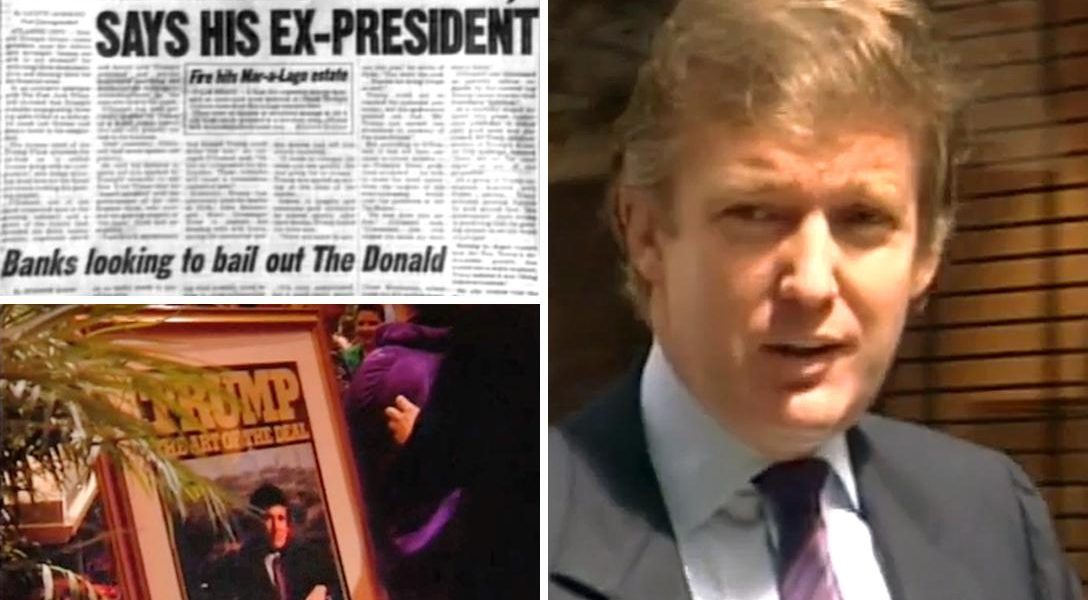 Newspaper clipping, The Art of the Deal and Donald Trump  Photo credit Image name: Adapted by WhoWhatWhy from (Trump The Movie)
Elections

Suppressed Documentary Part 9: What Kind of Man is Donald Trump Off Camera?

What kind of a man is Donald Trump? It depends on whom you ask.

His co-author of the book “The Art of the Deal” characterized him as a “loner.”

An interior decorator who worked closely with him created a vivid picture of a polite, well-mannered man, with an attractive boyishness — on camera — but off camera, he was hostile, angry, and often out of control.  And, he said, he had seen him treat people horribly, including his own family, whom he often subjected to “extraordinary verbal assaults.”

But one employee described him in the most extravagantly glowing terms. Four months later, this same person was killed in a helicopter crash along with two others. In an interview with The New York Times, Trump blamed his financial reversals in Atlantic City on these same men. When other employees found out what Trump had said about them, they were furious. In response, Trump denied ever saying such things.