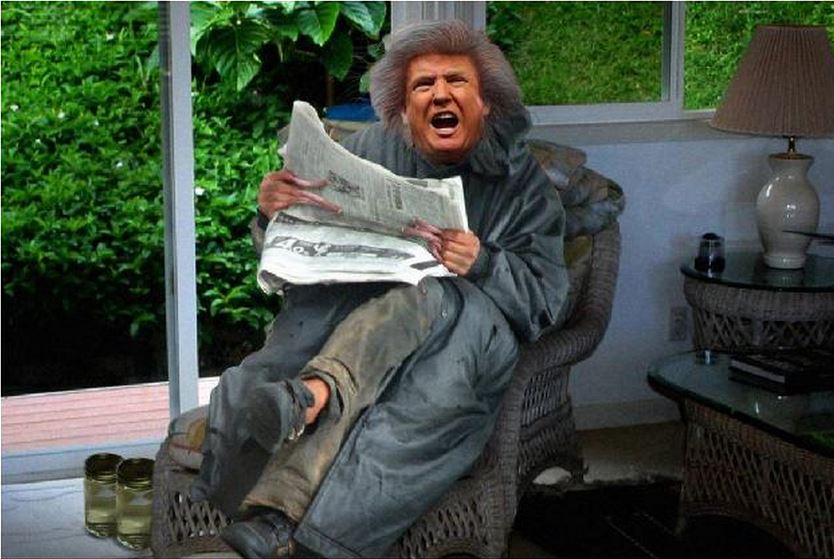 Graydon Carter predicted Trump might end up “living alone in an apartment complex in Panama and growing his fingernails long and storing urine in mason jars  Adapted by WhoWhatWhy from Gage Skidmore / Flickr (CC BY-SA 2.0) and Tony Waghorn / Flickr(CC BY 2.0)
Elections

Suppressed Documentary Part 12 — It’s All or Nothing for Trump

Trump is somebody who must win every time, even if it’s an argument with a nobody on the Internet.

In two days, Iowa voters will either make Trump a big winner on the road to the White House — or send him a first stinging defeat. And there is no telling how he will deal with that.

For the past week, we have exposed many facets of Donald Trump, but we have saved the best for last. Toward the end of this documentary, one journalist makes a prediction about where Trump will end up —  and right now, with him leading the polls, it sounds awfully prescient.

“The only end to this road is the ultimate madness,” said Graydon Carter, the editor of SPY Magazine,a quarter century ago.

Carter predicted back then that Trump might end up “living alone in an apartment complex in Panama and growing his fingernails long and storing urine in mason jars. It’s that or taking over the world — one or the other.”