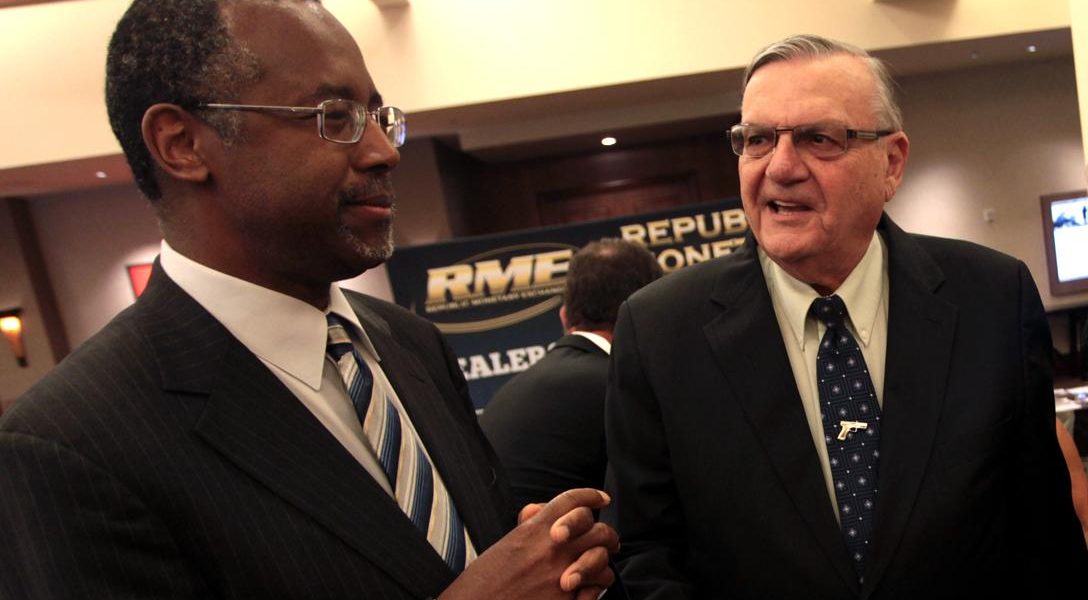 Ben Carson, now a leading candidate in the polls, has drawn criticism for some of his more extreme statements about foreigners — and, like so many of his fellow GOP candidates, has had to step back and declare he was misunderstood.

But one thing he hasn’t taken flak for was a comment explaining why the United States should be wary of taking in Syrians and other Middle Eastern immigrants. His reason? He cited the Tsarnaevs and the Boston Marathon Bombing:

“I would recognize that bringing in people from the Middle East right now carries extra danger,” Carson said on ABC’s This Week on Sunday. “And we have to be extra cautious. You know, the typical mechanisms that we use for screening people, perhaps, have to be enhanced.”

“How does it, you know, let people like the Tsarnaev brothers in here?” he asked.

Should we be concerned that, after all this time, would-be presidents of the United States, like the majority of the media and the population at large, are still unaware of the full story behind the Marathon Bombing?

I am speaking about his reference to “the typical mechanisms that we use for screening people.” There was nothing typical about how the Tsarnaevs were let into the United States.

We have reported that the Tsarnaevs had a number of significant links to the American national security apparatus prior to the bombs going off. That their uncle, who helped them come to the US, was married to the daughter of an important CIA official. That Tamerlan Tsarnaev suddenly began acting radical right around the time he was trying to get a US passport. That the FBI visited with him, then seemingly closed its file after the most cursory of investigations. That, mysteriously, the US government seems to have looked the other way as Tamerlan Tsarnaev traveled between the US and Russia, even after the relevant agencies had been warned and put him on a watch list.

All of this has essentially been swept under the rug, from the moment of the bombings in April 2013 through the 2015 trial up until today.

Yet the Marathon tragedy has repeatedly been advanced to justify new repressive measures that take away more of our freedom and privacy and to rally support for restrictions of all kinds, including closing our borders to refugees whose misery was largely caused by the the United States and its allies in the first place.

It is especially tragic that uninformed candidates like Carson can become popular by making these sorts of factually and morally wrong statements. Such anti-immigrant rabble-rousing can fuel discrimination and worse against people seeking the same refuge on our shores that the ancestors of most Americans gratefully found here.

Equally bad, it distracts us from what is really going on in our country.