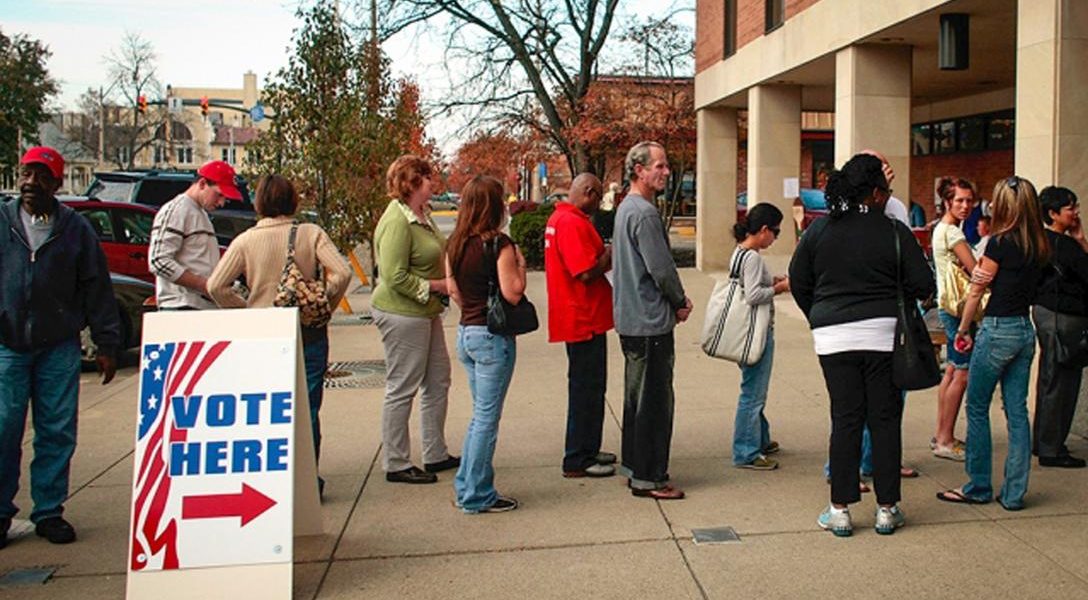 Republicans do well in states that have poor “democratic health” while Democratic strongholds generally provide greater accessibility to the ballot box, a study by the progressive Center for American Progress shows.

Using 22 individual factors, with 10 of them related to ballot accessibility, the group ranked all states in its report on “The Health of State Democracies”. The results show that Barack Obama won nine of the top-ten-ranked states in 2012, and lost all but two of the bottom ten states.

The study reveals a troubling truth: While the votes of all Americans count equally, the experience of casting them is very different from state to state. While some states make it easy for eligible citizens to vote, others are putting up obstacles that restrict access.

“Depending on the state in which someone lives, a citizen can have vastly different experiences with respect to voting, representation, and accountability,” the report concludes.

Some states try to increase voter participation by providing lots of polling places and allowing early voting and same-day registration. Others have enacted tough voter-ID laws and rigged the process in a way that makes voting burdensome for some or all segments of the population.

Not surprisingly, the report noted that states ranking at the top have a much higher voter turnout. The average turnout in states that were ranked in the top 10 with regard to accessibility of the ballot was 62.3%, while that value was 58.5% for the bottom 10. That doesn’t help the already abysmal turnout in the US. Among the 34 countries that are part of the Organization of Cooperation and Development (OECD), the US ranks fourth from the bottom. If all states had a voter turnout like that of the Top 10, the US would vault from the bottom to the middle of that pact among developed nations.

The discrepancy is also noticeable in other areas.

“In one state, a citizen may have elected officials who are nearly representative of the state’s demographic makeup; in another, some groups may be woefully underrepresented,” the report notes. “One citizen may live in a state where elected officials are beholden to big money, while in the state next door, policy makers could be trying to counteract its influence.”

Still, even the states ranked highly, such as the three top-ranked states—Maine,  Montana and Colorado—have room for improvement. Bringing up the rear are Tennessee, Virginia and Alabama, which ranks lowest.

Another striking—but probably not surprising—factor was the performance of states the required “preclearance” under the Voting Rights Act of 1965. Under this law, states that had been found to have discriminatory practices in the past were required to get approval before changing their ballot access laws. However, this provision was found to be outdated by the Supreme Court in Shelby County v. Holder in 2013, which cleared the way for these states to once again change voting laws without the approval of the Department of Justice or a three-judge panel consisting of judges from the US District Court for the District of Columbia.

A look at the ballot accessibility rankings shows that the need for such a requirement was well founded. None of the nine states covered under the Act received a grade higher than D+ and most of them got an F.

With the newfound freedom of those states to block certain constituencies (most commonly people of color), we can expect to see new and creative approaches to voting suppression in upcoming elections.