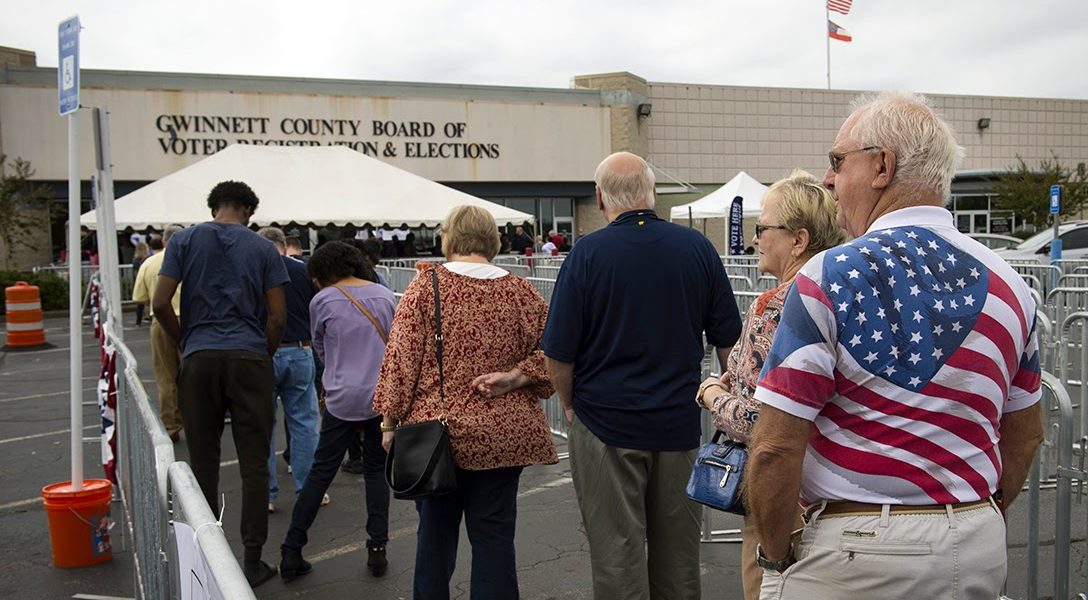 Hundreds of thousands of voters in Georgia are at risk of “an unfortunate history” repeating itself and becoming “severely burdened and potentially disenfranchised in the March 2020 primary election,” according to a federal lawsuit filed by voting rights advocates.

The lawsuit alleges that more than 500,000 voters in Gwinnett County, Georgia, are at risk of being disenfranchised from the upcoming presidential primary election because of a budgetary decision made by county officials earlier this year.

While early voting will take place over a three-week period, the county’s seven satellite locations will not open until the second week. That difference “will result in extreme burdens on the fundamental right to vote in the March 2020 primary election and potential disenfranchisement,” according to the lawsuit.

The Money Is There, But…

Filed by the Lawyers’ Committee for Civil Rights Under Law, Georgia State Conference of the NAACP, the Gwinnett County NAACP, and the Georgia Coalition for the People’s Agenda on Thursday, the lawsuit claims that the Gwinnett County Board of Commissioners “has already admitted that it has the money to open the locations“ but is “arbitrarily placing money for satellite locations in a contingency fund” when it underwent the county’s budget process.

“Voters in Gwinnett County have historically been forced to endure long wait times to cast their ballots in elections,” John Powers, counsel for the Lawyers’ Committee, said in a statement. “With the March 2020 primary election looming, it is imperative that Gwinnett County and other Georgia counties comply with the U.S. Constitution and provide voters a fair opportunity to cast their ballot and have their voice heard.”

Gwinnett County has historically faced issues with long lines at polling places, but the waits have become so long that some voters have collapsed while standing in line, according to the complaint.

Despite being one of Georgia’s fastest growing counties, Gwinnett County had only one voting location at the start of early voting during the past two elections. The results, according to the lawsuit, “have been disastrous.”

In 2016, hundreds of voters waited up to five hours to cast a ballot, while dozens of others left without ever voting, the lawsuit claimed.

“The eleventh-hour attempt to strike early voting opportunities is yet another attempt at voter suppression and a direct violation of constitutional rights,” Powers said.

In an unusual turn of events, the group cites the Gwinnett County Board of Registration and Elections (BORE) as defendants — although a bipartisan majority of BORE members support restoring the first week of early voting at satellite locations. The election board had previously requested funding to address this, and county officials maintain that the funding is available.

But the groups allege in their lawsuit that rather than correct the issue, officials in Gwinnett County “have devolved into a blame game.”

The groups filed an amended claim for a preliminary injunction to restore the missing week of voting for satellite locations, urging officials to “release the funding from the contingency fund and the BORE open the satellite locations for the first week of the early voting period.”

With growing concerns about Georgia’s vulnerable touchscreen voting machines, the groups are also asking for “a sufficient number of paper ballots at all early voting locations so that voting can continue in the event voting machines are unavailable or become inoperable during the first week of early voting.”

A hearing is scheduled in the afternoon on Monday, March 2, and Judge Steven Grimberg of the US District Court for the Northern District of Georgia was assigned to the case.