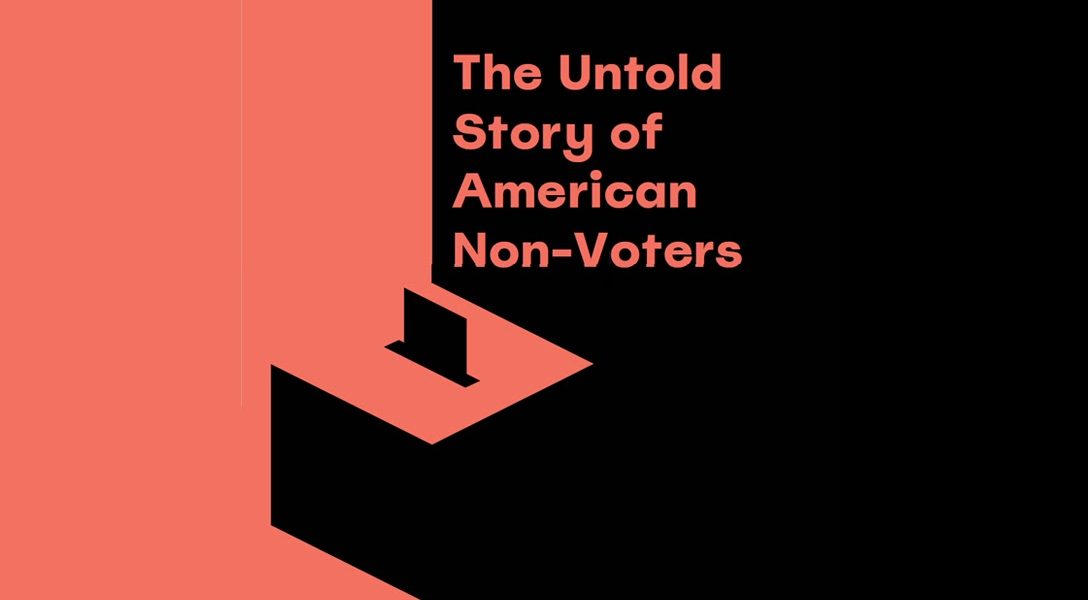 America Abstains: Millions of Voters Have Lost Faith in US Democracy

If voter turnout is indicative of a democracy’s health, then the US is clearly ailing. Only slightly more than half of all eligible voters cast their ballots in presidential elections, which is far below the turnout seen in peer countries. While systematic voter suppression certainly plays a role in this anemic performance, millions of Americans don’t vote because they have lost faith in the system or believe that elections are rigged.

That is the disturbing finding of “The 100 Million Project: The Untold Story of American Non-Voters,” a recent John S. and James L. Knight Foundation report on research conducted to determine why so few Americans engage in the political process. Other reasons identified in the report include a real or perceived lack of knowledge about the candidates and issues, disappointment in choices, and a belief that their votes do not matter.

In 2016, for example, nearly 100 million eligible voters did not cast a ballot in the general election, with non-voters constituting a larger bloc than the supporters of either Donald Trump or Hillary Clinton. As a result, Americans saw the election of a notably polarizing president who failed to secure a popular mandate. In fact, only a little over a quarter of all eligible voters supported Trump.

Many non-voters “suffer from a lack of faith in our election system,” said the Knight Foundation’s Director of Learning and Impact, Evette Alexander.

Nearly one-third of non-voters said they did not vote in recent elections because they either lacked confidence in the Electoral College or thought elections were rigged.

According to Trey Grayson, a Republican and former Secretary of State of Kentucky, the reason for that is in part because both Democrats and Republicans are reluctant to abolish the Electoral College.

“At the end of the day, policy makers are elected,” Grayson said, adding that they are unlikely to change the very processes that worked for them before.

Would More Voter Participation Make a Difference in 2020?

Because the Electoral College plays such a critical role in presidential elections, the Knight Foundation zeroed in on non-voters in 10 of the most competitive states: Arizona, Florida, Georgia, Michigan, Minnesota, Nevada, New Hampshire, Pennsylvania, Virginia, and Wisconsin. Non-voters in these states identify evenly across the political spectrum, but, researchers found, are much less excited than active voters about the November election. The report also found that if every eligible non-voter were to cast a ballot in the 2020 election, it would “add an almost equal share of votes to Democratic and Republican candidates.”

“There’s not one party that stands to gain overwhelmingly from everyone participating,” Alexander said.

Although neither Trump nor his presumptive Democratic challenger, former Vice President Joe Biden, would benefit in general, non-voters could tip the results in particular states. Ironically, the report found that non-voters could boost Trump’s chances of winning a state like Nevada — one of the states Trump lambasted on Twitter Wednesday morning after officials announced the state would conduct an all-mail election. In part due to the coronavirus, the rules in many voting districts are changing, a process that voters may find suspect or confusing. When the rules for absentee voting change, or when two polling places are consolidated into one, educating voters about such changes is one thing that election officials can do to increase trust and turnout during an election, Grayson said.

“In a pandemic, we need to have those vote-by-mail options,” Grayson said, adding that the election changes this year do not necessarily have to be permanent. They could offer a temporary solution, at least for the upcoming general election, to encourage non-voters to cast a ballot.

Welcoming Young Voters to the Process

The Knight Foundation’s report looks at what it would take to turbocharge the younger vote. Despite that demographic’s historic turnout in the 2018 midterm elections, young voters are more likely than non-voters in general to see the voting process as difficult. They also have less confidence in the outcome of an election.

One solution is to engage with young people and educate them about civic participation before they turn 18.

Abby Kiesa, Director of Impact for the Center for Information and Research on Civic Learning Engagement at Tufts University, sees the challenge differently. “When we talk about [young] non-voters, we’re talking about access issues, not apathy,” said Kiesa. And, young people are the key to addressing non-voting as a whole, she added, because “if you focus on young people, you reach their family.”

Election administrators can also step into this arena, Grayson suggested, to encourage more young voters to participate — whether by becoming poll workers or casting their first ballot — even though the coronavirus has thrown a wrench into the process of recruiting volunteers.

“Part of what we need to understand is that non-voting among youth is not in a vacuum,” Kiesa said, adding that local election administrators have a “real opportunity in this particular year” to work with young people and bring them into the voting process.