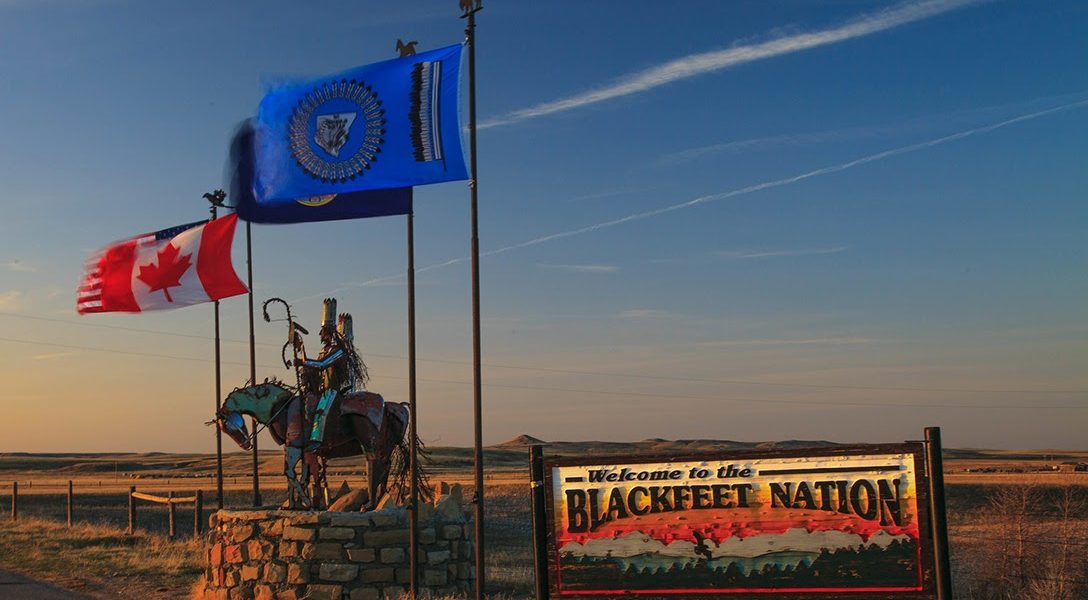 For many Native Americans living in rural areas and on reservations, having their neighbor take their completed absentee ballot and return it to their designated drop-off location is not uncommon. The practice has been useful, since polling places are difficult to access, and mail delivery is not dependable.

But a Montana law is effectively prohibiting this practice. The result is that “many Native Americans living on rural reservations will be effectively unable to vote,” according to a lawsuit filed by a group of voting rights and Native American advocacy organizations on Thursday.

The Montana Ballot Interference Prevention Act (BIPA), went into effect after the 2018 election, imposing a $500 fine per ballot on individuals who bring other voters’ mail-in or absentee ballots to the post office, polling place, or election administrator’s office.

The law makes an exception for family members, but allows individuals to carry just six ballots (as opposed to the 100 ballots allowed prior to BIPA).

BIPA defines family in the law as “an individual who is related to the voter by blood, marriage, adoption, or legal guardianship.” But that definition, the lawsuit claims, does not accurately reflect the fact that, for many tribal communities, family includes individuals from the extended community.

Native American voters have long been underrepresented in presidential elections. On average, they turn out at a rate of anywhere from 1 to 10 percentage points less than any other demographic, according to the National Congress of American Indians.

The new lawsuit was filed in Montana by the Native American Rights Fund (NARF), American Civil Liberties Union (ACLU), and ACLU of Montana, on behalf of Western Native Voice, Montana Native Vote, Fort Peck Assiniboine & Sioux Tribes, Blackfeet Nation, Confederated Salish and Kootenai Tribes of the Flathead Reservation, Crow Tribe, and Fort Belknap Indian Community. The plaintiffs allege that BIPA “imposes severe restrictions on who can collect ballots and how many ballots can be collected.”

For Native Americans, many of whom live on reservations in rural areas, casting a ballot can often mean an hours-long drive to vote. In states like North Dakota and Montana, traveling to a polling place in November can be especially daunting. So, tribal communities have relied on ballot collecting efforts in combination with mail-in voting instead.

“It is not reasonable to expect voters to drive an hour to drop off their ballot, so collecting ballots in reservation communities just makes sense,” said Jacqueline De León, staff attorney with NARF.

“Criminalizing this behavior is unfair to Native American voters and does nothing to solve the real problem of mail not being picked up and delivered to Native homes.”

A growing concern for Native American rights advocates is the disparity in access to post offices. While traveling to a polling place can be a challenge, so can getting to a post office. The lawsuit alleges that BIPA “prevents Native Americans living on reservations from full and equal participation in elections” with its restrictions on ballot collecting.

The lawsuit, Western Native Voice v. Stapleton, was filed in the Montana 13th Judicial District Court in Yellowstone County. Alora Thomas-Lundborg, senior staff attorney with the ACLU’s Voting Rights Project, said in a statement that the case is about “making sure every eligible voter who wants to vote can actually do so.”

The lawsuit cites Secretary of State Corey Stapleton and Attorney General Tim Fox as defendants, claiming that organizations have been forced to cancel ballot collecting efforts “out of fear of reprisal.”

“This misguided and harmful law is leading to the disenfranchisement of entire communities,” said Lillian Alvernaz, indigenous justice legal fellow at the ACLU of Montana. “This law is an attack on the constitutional rights of indigenous people living on rural reservations.”