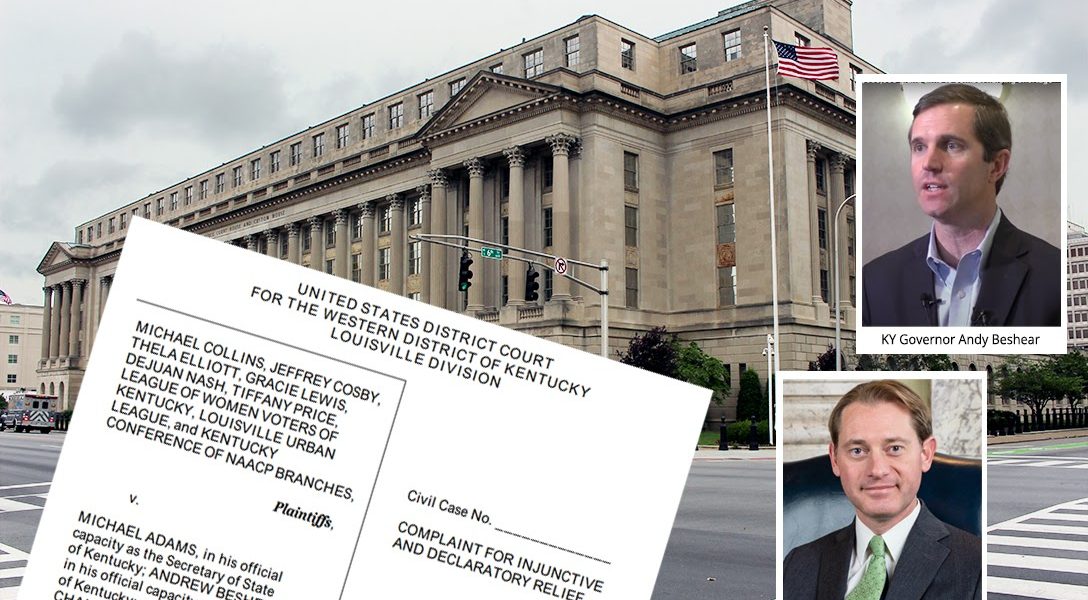 Tiffany Price, a 39-year-old African American woman from Louisville, Kentucky, has been looking forward to casting a ballot this year, but due to strict absentee voting requirements, she might have to risk her health in order to do so.

Because Price has diabetes and hypertension, she has a greater risk of complications from the coronavirus, and has sheltered in place throughout the crisis. Her health condition, however, is not one of the accepted excuses for requesting an absentee ballot. She also lacks access to a copy machine, needed to include a copy of her photo ID, required in Kentucky when voters return their completed ballot.

According to a recent lawsuit filed by voting-rights groups, Price and thousands of other voters with similar concerns will face difficult decisions in November if the requirements are not waived.

The federal lawsuit, which was filed in the US District Court for the Western District of Kentucky by the American Civil Liberties Union, Lawyers’ Committee for Civil Rights Under Law, League of Women Voters, and Kentucky chapter of the NAACP, claims that the state is “forcing voters to choose between their health and their right to vote.”

Photo ID and limited excuse requirements for absentee voting put thousands of voters at risk, according to the lawsuit.

Some election officials in Republican states are moving toward voting by absentee ballot to balance public health with the responsibility of carrying out the 2020 election, as is Kentucky’s Republican Secretary of State Michael G. Adams.

Adams has said that with more than 9,000 Kentuckians having tested positive for the coronavirus, he would like his state to expand voting-by-mail this year.

“The biggest challenge I have right now is making the concept of absentee voting less toxic for Republicans,” Adams told NPR in mid-May.

However, there will still be other barriers to voting. Adams refuses to waive the requirement that voters select a reason from a limited list of excuses for requesting an absentee ballot. He is also unwilling to lift a restrictive photo ID law that went into effect earlier this year.

In April, the state legislature voted to override Democratic Gov. Andy Beshear’s veto of legislation requiring voter IDs. In his veto message, Beshear criticized Republican lawmakers for passing legislation to address issues that do not exist.

Chris Carson, president of the board of directors of the League of Women Voters of the United States, emphasized in a statement that in the middle of a pandemic, states should be “focusing on how to make elections safe and accessible.”

“COVID-19 presents new challenges for voters and election officials across the country, and now is certainly not the time to enact new barriers for voting,” Carson said. “Kentucky’s absentee ballot requirements and new voter ID law only make it harder and more dangerous for voters to cast a ballot.”

Ceridwen Cherry, a staff attorney with the ACLU’s Voting Rights Project, echoed Carson’s comments and said that the lawsuit’s purpose is to have “sensible solutions” for accommodating voters — especially older Americans and those with health concerns.

“Kentucky can and should protect voters by eliminating the photo ID requirement and allowing vote by mail in the November election because the spread of COVID-19 will remain a risk,” Cherry said.

Adams accused “several left-wing activists” of attempting to “rewrite election laws” ahead of the November election. He argued that the lawsuit “seeks to have lawmaking powers stripped from elected officials accountable to the people.”

In the meantime, his office announced Thursday that he and GOP State Attorney General Daniel Cameron will lead a “Ballot Integrity Task Force” to “monitor the 2020 primary election and investigate and deter vote fraud.”

“Because the far left is too extreme to win elections, they regularly seek to have courts, rather than legislators, write our laws,” Adams said. “Today, several left-wing organizations sued me in an effort to have an unelected federal judge rewrite our election laws for November.”

Democratic Gov. Andy Beshear is also listed as a defendant in the case, but told reporters that he will not defend the photo ID law. In fact, Beshear announced Friday that anyone who needs to renew or obtain an ID can do so remotely.

Only 100,000 of Kentucky’s 3.4 million registered voters have requested an absentee ballot for the June 23 primary election.