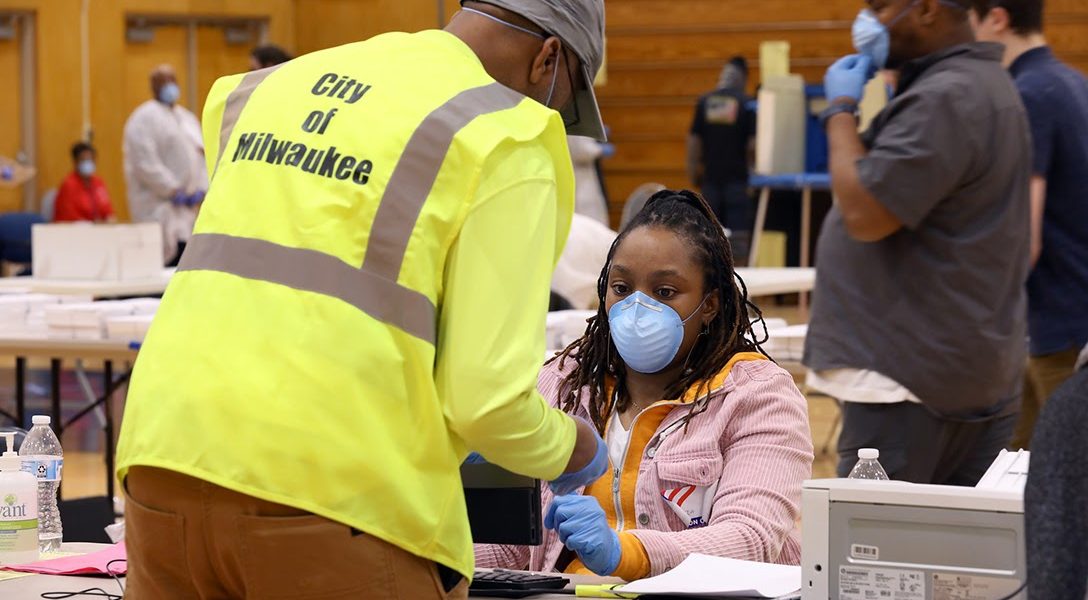 In February, after the first votes of the 2020 election had been cast in Iowa, voting rights experts were primarily worried about the usual issues: disenfranchisement, long lines, computer glitches, and faulty voting machines.

Now, their greatest concern is holding a fair election without jeopardizing the health of voters.

Some governors are starting to roll out plans for reopening their states, but questions remain about how long social distancing practices should remain in place — especially with less than 200 days until an election that is expected to have a historic turnout.

Republican lawmakers have spent decades passing election laws that voting rights groups say disenfranchise millions of Americans — primarily minorities and young people. That is why it is hardly surprising that some lawmakers appear unwilling to make it easier for these groups to vote now — even if that means jeopardizing their health.

What happened in Wisconsin, for example, where people were forced to stand in line for hours to cast a ballot, was “voter suppression at the highest order,” said Oregon Gov. Kate Brown (D) during a recent call with reporters.

The Republican-led state legislature went to great lengths to force voters to cast a ballot in person amid a global pandemic. Lawmakers fought Gov. Tony Evers’s (D) executive order that would have allowed voters to postmark their absentee ballot after the April 7 primary, and the majority-conservative Supreme Court sided with lawmakers.

Meanwhile, the latest efforts to make voting easier amid the coronavirus have received pushback from President Donald Trump and his allies. In an unusual turn of events, Trump and some Republican lawmakers have been lobbying the public against mail-in voting and offering unsupported allegations of wide-spread voter fraud — despite Trump voting by mail himself during Florida’s presidential primary earlier this year.

The United States Postal Service (USPS) has also been in serious need of cash flow in recent years, so part of the strategy for voting-rights groups is to ensure that the postal service is capable of handling the anticipated influx of paper mail this November.

Trump has repeatedly threatened to veto coronavirus relief legislation if it included additional funding for USPS. What appears to be the Republican party’s strategy going into the November election, as put by Washington Post columnist Jennifer Rubin, is to “make it hard to vote, hoping your own (whiter, older) voters will turn out but Democrats won’t.”

A Massive (and Expensive) Undertaking

Election experts have set the price tag for protecting the 2020 election at around $2 billion. Because a number of states have misappropriated their federal election funding, voting-rights groups are now advocating for $4 billion after reports that some states are using federal election security money for non-election reasons.

“This is a massive undertaking that requires adequate funding that only the federal government can provide,” said one letter of support for such funding sent to Congress by more than 150 voting-rights groups. The groups added that what happened in Wisconsin “underscored the tremendous need to provide additional assistance to states during this dangerous and challenging time.”

In a positive development, some states, including a few led by Republican governors, are expanding access to mail-in voting to all voters. Govs. Chris Sununu of New Hampshire and Larry Hogan of Maryland, for example, have gone against the president and expanded no-excuse absentee voting so people can cast a ballot from home.

Other states have expanded access to early voting in order to avoid large clusters of people voting at once, and are making plans to provide polling places with enough poll workers and cleaning supplies. Virginia, for example, passed a number of election reforms earlier this month, including a 45-day period of in-person early voting.

And, five states — Colorado, Hawaii, Oregon, Utah, and Washington — already have all-mail voting systems for their elections, according to the National Conference of State Legislatures.

Congress needs to act decisively, said former Georgia gubernatorial candidate and fair elections advocate Stacey Abrams (D) during a recent call with reporters, “so that voters across the country do not have to choose between their health and participation in our democracy — like the travesty we saw play out in Wisconsin.”

But even if voting rights groups fail to lobby Congress for the $4 billion estimated to be needed for expanding mail-in and early voting, there is some good news. Lawmakers approved $400 million in the last coronavirus relief package.

With the fight for fair and free elections remaining an uphill battle, voting-rights groups have rolled out a number of resources for voters to look up information about voting in their state and take advantage of non-traditional voting methods.

Groups like Vote.org have online resources for voters to confirm that they are registered and, if not, help them register to vote. In addition, anyone who experiences issues trying to cast a ballot, especially during early voting, can contact the Lawyer’s Committee for Civil Rights Under Law’s Election Protection Hotline at 1-866-687-8683.

Because not every voter will have access to mail-in or early voting, and some just prefer voting in person, DemocracyWorks (a group of software developers) created an online tool for voters to find their designated polling place.

The efforts on both sides of the issue show that the lawmakers seeking to deny eligible Americans the right to vote and the activists trying to prevent that from happening agree on one thing: The 2020 election is not just going to be a contest between two candidates that will be decided on November 3rd. It will also be a fight over who gets to vote in the first place — and that battle is already underway.

So, what about voter fraud? Not a word about that problem? And how about voter ID? You don´t need ID?